GLP Creates Magic in Las Vegas for the Music of Motown 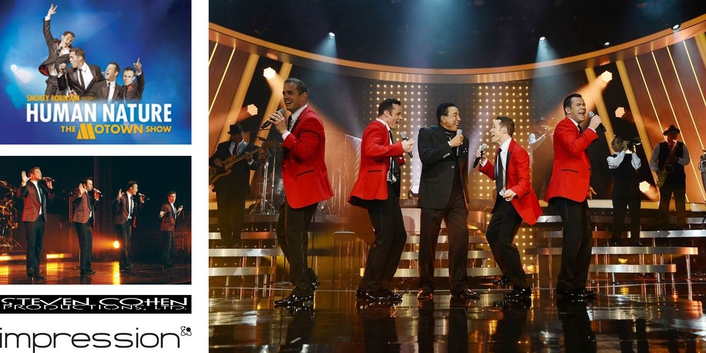 Steve Cohen lights Human Nature with premium impressions
When production for Smokey Robinson presents Human Nature: The Motown Show decided to relocate from the Imperial Palace in Las Vegas to the nearby Venetian Hotel, experienced lighting designer Steve Cohen received a call out of the blue from the show’s Creative Director, David Rudder. “They had already hired a set designer [Andy Walmsley], and were interested in having me light the show in the new space,” he recalls. “Although we had never met before, since I live in Vegas, it was easy for me to see the show and see if we hit it off.”

Fortunately for both the show’s male vocal group Human Nature and Cohen they did; but since the group wanted to come up with a whole new look for their show, the designer had to choose his fixtures carefully to compensate for the limitations of the room and budget, as well as the existing lighting infrastructure. So he selected six impression Wash One, 12 impression Spot One and 16 impression X4 from GLP’s award-winning portfolio to help create the dynamic.

The designer found himself challenged with the technical infrastructure of The Venetian Sands Showroom, which takes its name from the legendary showroom of the ‘rat pack’ era, and has a capacity of 750 seats. With a low trim height (18ft), thrust stage but no side lights and “a roof populated by 40 older moving heads in various states of repair, with stock gobos and lenses only suited for a much higher trim”, Cohen knew he needed some unique fixtures to fulfil his creative intentions. And GLP came to the rescue.

Within a matter of weeks Cohen was integrating his design into a complex set, including a rolling video wall and a huge lit ‘Motown’ logo, and with the house system on a slim budget, he knew, “It was going to be a challenging gig the whole way.” With the inherent realities as they were, Cohen also knew he could still provide this show with the unique creative looks which are the hallmarks of all Steven Cohen Productions’ work. 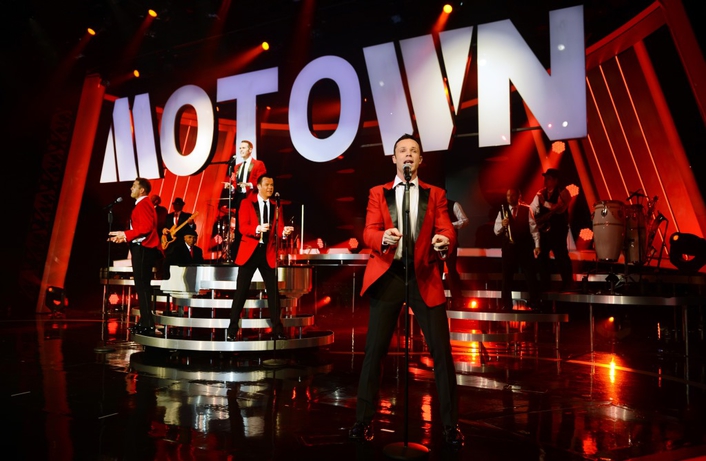 And so, working with Creative Director Rudder, the direct involvement of Human Nature and Cohen’s team of video expert, Curtis Cox and lighting programmer Mark Foffano, he set out on his quest to deliver a high end design to complement the music and story this Motown show delivers.

“Once I realized it would take some unique instruments to make this environment really work for the show, I approached [GLP Inc president] Mark Ravenhill to see if the new Impression X4 was in full production, as I knew I wanted those, as well as the Wash One and Spot Ones, which I had a chance to test in a real world situation, having never used either type previously.

“One of the added benefits of these fixtures was that I was able to install the Impressions right on the set as part of the design look, and utilize the wash and spots as ‘shin buster’ floor lights and under-scenery lights which gave the metallic and LED screens set design real dimension. This, plus the ‘in your face’ looks from the set gave the show some real lighting dynamics that you could never have achieved from any house hung system. These GLP’s really make this show work!”

The show production itself has Human Nature, Australia’s #1 pop vocal group, reimagining the sounds of Motown. In a show presented by Smokey Robinson, the acclaimed quartet and its seven-piece band, The Funk Foundation, offers a contemporary yet timeless take on classic Motown hits, featuring songs by The Four Tops, The Supremes, The Temptations, Smokey Robinson and more.

Steve Cohen is certainly no stranger to earlier generation impression LED moving heads, having used them on the last Blake Shelton tour as well as Billy Joel / Elton John, Sugarland, and Star Wars In Concert where he was production designer, working alongside LD, Seth Jackson. 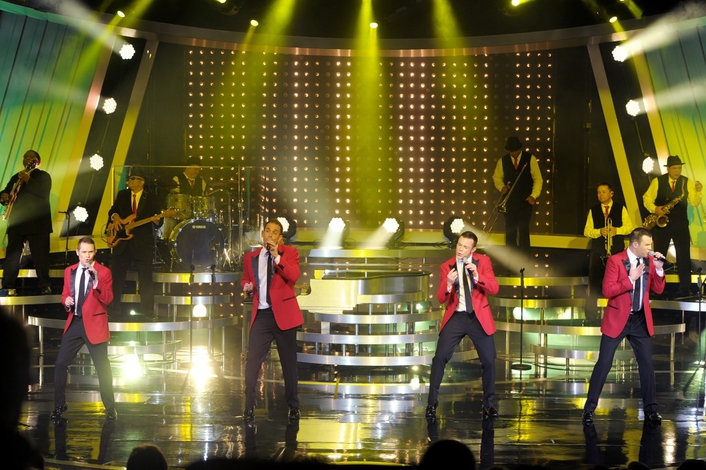 In fact, Steve Cohen is a real advocate of the new wave of LED fixtures, describing his decision to specify the impressions as a “slam dunk”. “Finally, there is real color,” he says categorically. “The Impressions have the best color I have seen out of a moving head in many years. They are fast and interesting to look at, light weight, and have low power requirements — which is the case with most LED lights — but the difference is that these have the qualities of ‘real’ light.”

“I had been reluctant to spec them as anything but special effect fixtures, but now I think you can expand their application into areas where a standard moving fixture would normally be the weapon of choice.”

And of course the ratio of weight and footprint to output and efficiency add further benefits — both for designer and the production accountant! “Anytime you can fit more s**t in smaller space, your design has a bigger impact simply by the numbers of heads. So if you can put a lot of lamps in a truss, or have 50 floor fixtures where before you could only fit 25, the impact to the show is obvious and the design can be driven by those increased numbers.”

The consequence, for Smokey Robinson presents Human Nature: The Motown Show, is a set that is “clean, saturated and uncomplicated” and with a lighting design which efficiently communicates the entertainment experience the show is striving for.