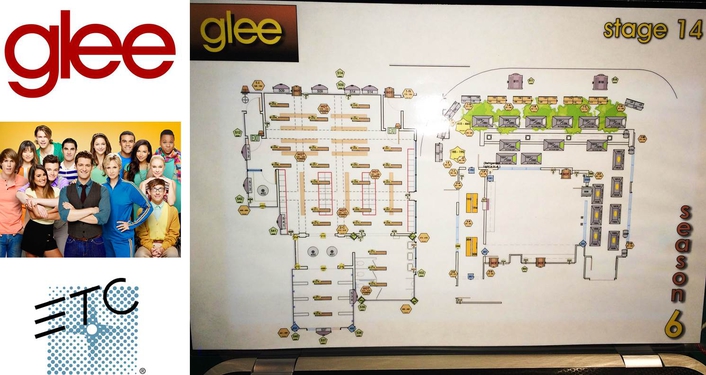 .
On Stage 16 at Paramount Studios in Hollywood, it feels like the last day of school. After six seasons on network TV, Glee is ending and the seniors of McKinley High School are cleaning out their lockers and moving on. They can look back on a show that redefined a TV genre and reminded a multigenerational audience of that great American art form: musical theater. The producers of Glee owed much to Happy Days, Fame, Grease and American Idol, but created a signature style that will live on in syndication and Netflix. The statistics are impressive. Glee produced 86 million iTunes sales, two platinum albums, seven gold albums and had more hits in Billboard’s top 100 than the Beatles and Elvis. At one time, Glee had eight out of the top 10 songs on iTunes. It also established the careers of its young cast members.

Console operator Glen Holland has been with the show since 2009 when it debuted in the auditorium of Cabrillo High School in Long Beach, California. “Seven years, six seasons, 121 episodes and 751 performances,” says Holland as he sits in the lovingly recreated replica of that venue. “It was fun. We shot an episodic TV show, plus six full music videos every eight days.” Using five stages on the Paramount lot, lighting designer Andrew Glover made an early decision to use ETC Source Four® fixtures on the main performance stage and as key light in the high school settings. “The producers decided to buy the lighting rig since so much of it was used on camera. The director loves shots into the wings and up into the onstage electrics,” adds Glover. “ETC has been great for us – they are right up the street and have helped us out with anything we asked for.” Four ETC Sensor®3 48-way rolling racks were used for the high school sets on adjacent Stage 15. 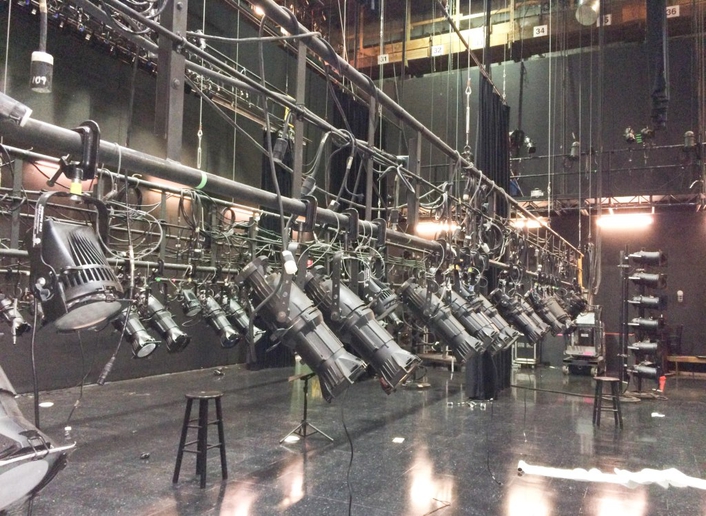 The main auditorium stage had six electrics on chain hoists with 126 Source Four fixtures, 80 par cans and 32 ETC Selador® Classic Vivid™-R luminaires. The LED fixtures on the upstage electric were the perfect instrument for lighting backdrops and Mylar slash curtains in the big production numbers. “We’ve used them as flash effects and even as a police-light gag in one episode,” describes Best Boy Jerry Mundy. “They are really versatile. On Pretty Little Liars, I actually used Vivid-R’s and [Selador Classic] Pearls to create subway lighting. It worked really well.” The other five stages also use Source Four fixtures controlled through an ETCNomad™ lighting controller, supplemented with Ion® and Eos® lighting desks for the times when performances happen off the main stage. 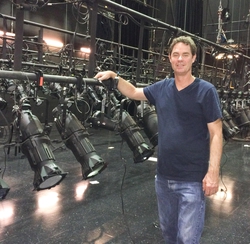 A Glee viewer might assume that many hours of technical rehearsal went into the creation of the huge production numbers. The crew laughs at the idea of such a luxury. “For the last big number, we saw one rehearsal and ran it an hour later – the spot operators saw it for the first time. We blanket-light the stage and then take away light to make it look more dramatic,” says Glover. While Glee was shot in a theater, the show had to be lit in what Glover describes as a “hybrid” style. “To create visual interest, we had to light the areas that in theater would not be lit: the legs, the back wall and the wings. It had to look good close up and wide, and at the same time, give enough light level over a wide depth of field,” he explains. Followspots were an important element, and the production turned to ETC Source Four 10-degree fixtures with City Theatrical yoke kits. “This solved a lot of color-temperature issues we were having with HMI,” Holland elaborates. “The 10-degrees did a great job out front.” 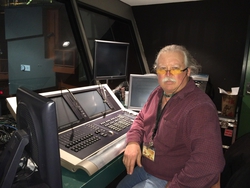 Holland loves his ETC Eos console so much that – like an old guitar – he has worn the armrest down to a reflective polished surface. Now that the show has closed, he plans to send it back to the factory to be re-anodized. “I used direct selects primarily on the touchscreens. I created groups, color blocks and basic palettes that I could access quickly. All the Clay Paky moving-light parameters were on the fader wheels,” he explains. “I relied very heavily on the brilliant effects engine. Yesterday I started deleting effects we had used over the years – we had over 850.”  When asked what features he would like to see in future Eos revisions, he thinks long and hard and says, “You know, right now I can’t think of a single thing.”