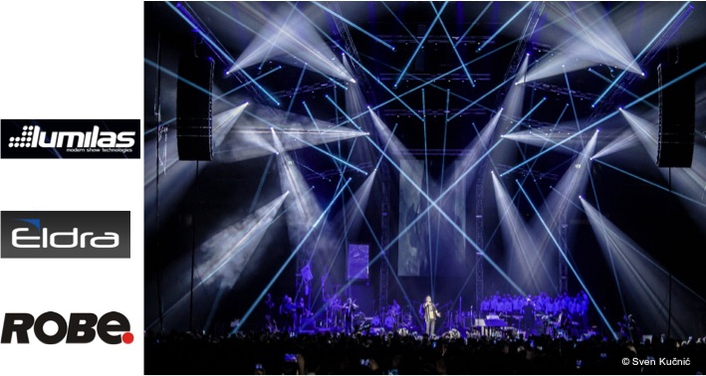 Sven’s design is adaptable to be able to fit into the wide variety of different venue sizes on the itinerary. He was given a ‘blank canvas’ by the artists, both of whom he knowns well. Gibonni and he are in tune when it comes to ideas about presenting his music live, and he trusts Sven implicitly to imagine and deliver all the visual aspects which include video. 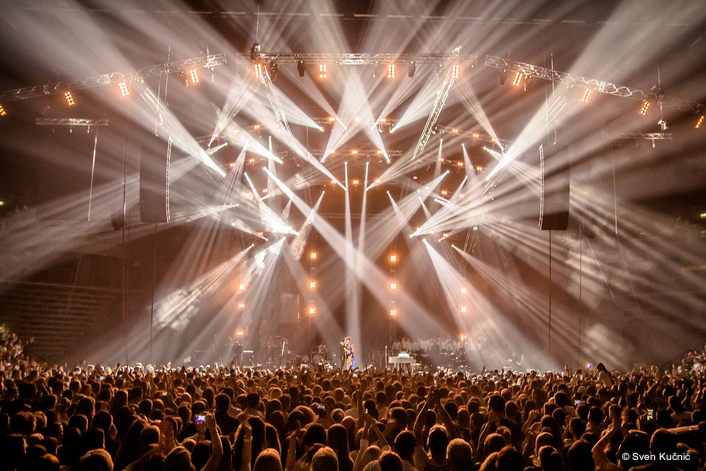 Sven has been a keen Robe user for some years. One of his philosophies is that “darkness is the best lighting effect available” so on this one, video screens are used in moderation so they augment rather than swamp the detail and complexity of the lighting, all the time maintaining the slightly mystic character of the music. 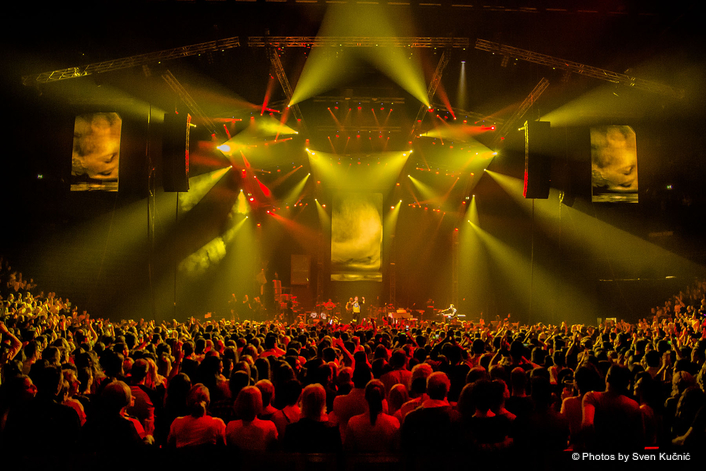 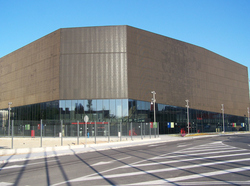 One of the largest shows so far was the second gig at the Spaladium Arena in Split – Gibonni’s home town – which generated huge excitement and interest and a clamour for tickets.

The lighting rig needed to accommodate some additional elements to deal with the scale and expectation of the show, and there was absolutely no room left onstage with two full-scale bands, two large choirs and an abundance of guest artists … in a truly epic performance extravaganza.

Sven therefore extended the visual experience as much as possible throughout the venue and into the audience, allowing the artists a closer and more intimate connection with the 12,000 capacity crowd. The general lighting aesthetic is a good mix of drama and dazzling pop lighting effects, so there was plenty of scope for WOW factors and moody moments. Twelve of the 16 x MMX WashBeams were positioned on trusses trimmed at around 20 metres, so Sven was asking a lot of the lamps because he had to cover around 200 square metres of stage with these pokey 1200W equivalent fixtures. 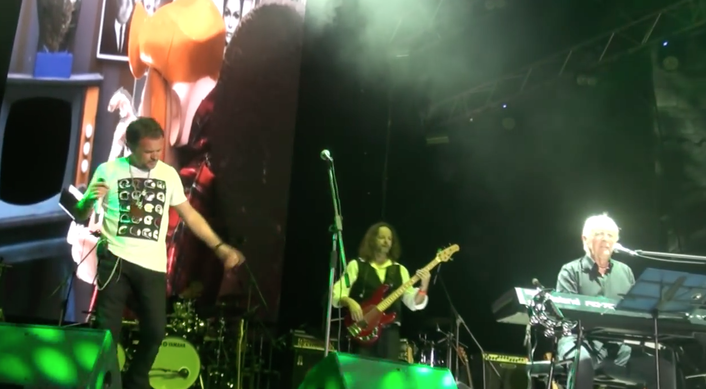 They were complimented by 24 x MMX Spots also rigged on the over stage trusses. “They performed brilliantly” he declared, “with their stylish gobos, seamless CMY colour mixing, super-fast zoom … they once again proved the perfect choice for adding lots of theatricality to the show”. He also utilized 48 x Pointes dotted all over the overhead trusses. Pointes have been his first choice of multi-purpose fixture on all his riders since debuting them in the Balkan region on Gibonni’s 2013 arena show in Belgrade, which was shortly after Robe launched this popular and best-selling fixture. 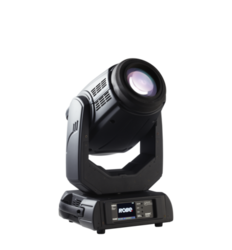 Sven knowns the Pointe “by heart” and it’s the only ‘hybrid’ fixture that he has in his own rental company, Zagreb based LumiLas - which has this year just completed a transition to offering an all-Robe moving light rental fleet. He loves the linear prism and the fast colour wheel and Pointes provide stunning signature lighting looks for all of Gibonni’s biggest hits when performed as part of the live show.

The biggest challenge for lighting all Gibonni shows is being prepared for spontaneity. Although it is scripted to a degree, the set list sometimes wanders into the older classic material which everyone still loves, so Sven has to be constantly on his toes! The programming session for the Spaladium show was a gruelling 14 hours. The video footage was chosen by Sven and VJ Olgierd Kamienski with the latter running that element of the show. 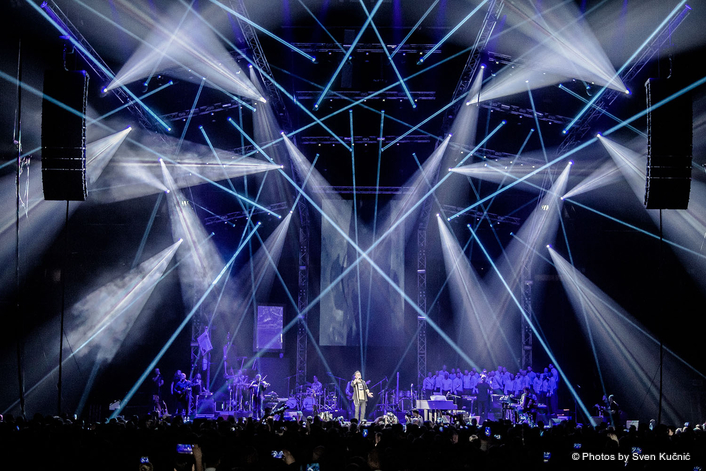 Talking about Robe generally, Sven says, “I truly believe that Robe’s R ‘n’ D is industry leading and the reliability of the products world class”.  When he negotiates equipment riders for tighter budget shows, he will always propose that it’s better for organisers and promoters to supply smaller quantities of Robe fixtures rather than large amounts of copy fixtures or OEM brands.

For the Spaladium Arena show, all the lighting equipment was supplied by top Croatian rental company ELDRA who were also the first in the country to invest in large quantities of Robe’s ROBIN range luminaires. 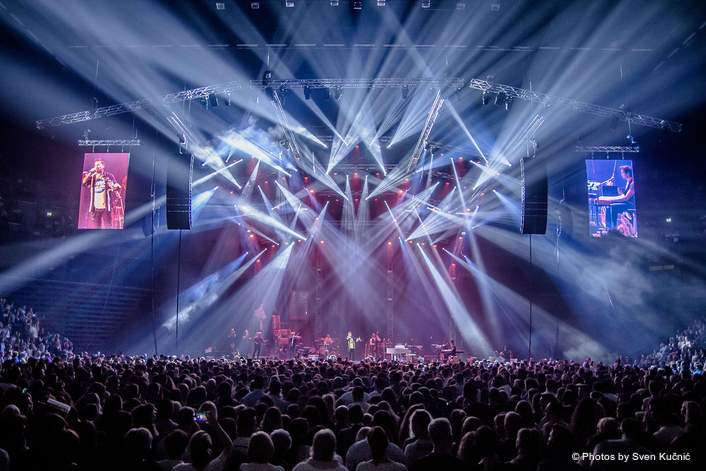