The German Comedy Awards 2010 at the MMC-Coloneum 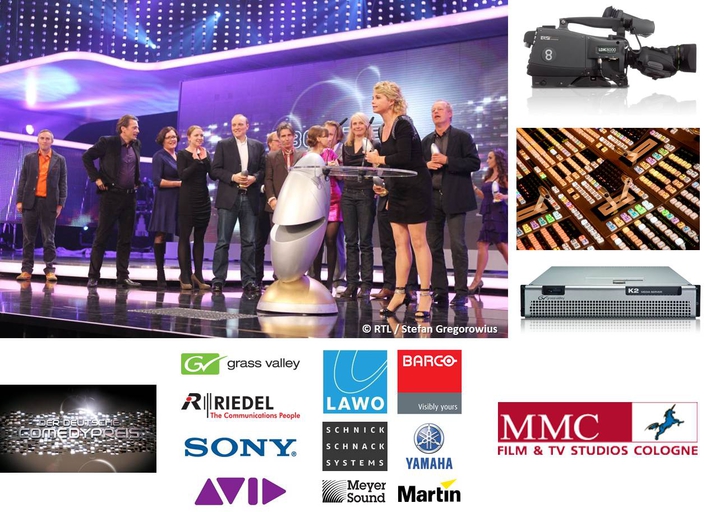 The HDTV-production was realised for - Köln Comedy Festival GmbH and Brainpool TV GmbH.
On October 14th, 2010 the German Comedy Awards 2010 ceremony was recorded at the Coloneum in Cologne. Magic Media Company (MMC) was responsible for the technical realisation of the gala show and the set construction.

A GVG Summit Server (4 channels) was used for playback and recording. 6 XDCam HD-Recorders were available as a back-up.

The lighting package for the show comprised 575 kW of light plus more than 300 moving lights from different manufacturers. Manuel da Costa of mo2 design was responsible for the lighting design.

Thanks to MMC’s tapeless workflow, the post-production of the show was realized very effectively. 6 signals from HD control room 11 were recorded already during the production process onto the central server and were immediately available for further processing at MMC’s networked Avid editing suites.