Gearhouse Delves Deeper into the Jungle 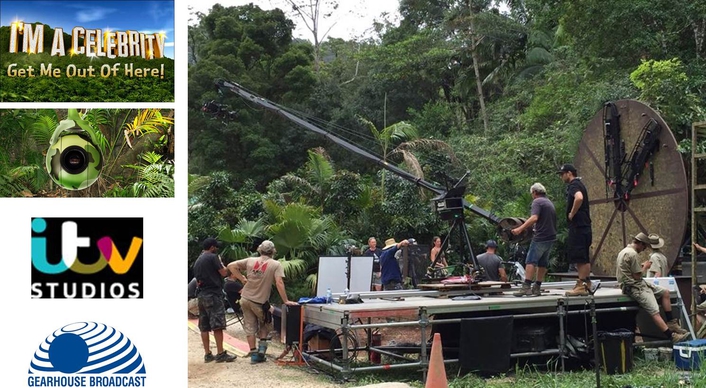 HD flyaway solutions from Gearhouse have been installed on the show’s permanent set in New South Wales, Australia alongside a brand new facility for the 2014 show. A newly constructed building houses a production gallery which separates the reality production – the day-to-day activity from within the camp – from the TX production handling all live transmissions for the first time in the show’s history. Gearhouse installed the gallery with production furniture and equipment which features a 15 monitor video wall comprised of 32” Samsung screens which are fed by Evertz VIPA16-DUO multiviewers. It also features the 288 x 288 Pro Bel video router which has been upgraded to handle 384 inputs and 576 outputs. 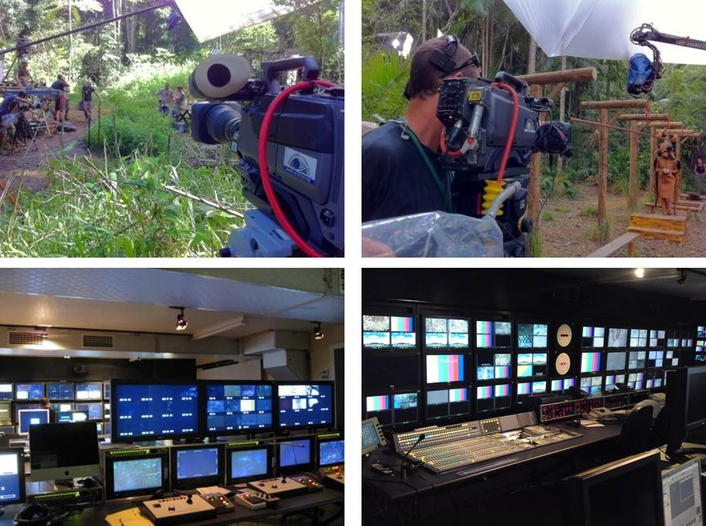 The existing flyaway facilities were also upgraded for this year’s show which crowned it’s king of the jungle on Sunday 7 December. All studio camera cables have been upgraded to SMPTE fibre which added up to nearly 5km of cable. An additional request from ITV studios was to be able to record the trials each morning and at the same time rehearse the daily challenges which means the addition of a third audio mixing stream. This Yamaha M7CL 48 channel mixer with a Yamaha DM2000VMC acting as a sub mixer is connected to the existing systems using Optocore. Also installed were five additional Sony HDC-1500 cameras to the 35 which were on site during last year’s production.

“Designing and implementing a workflow which is capable of producing a daily broadcast from the jungle is a huge challenge we undertake every year,” said ITV Studios production executive – Entertainment, Helen Kruger Bratt. “Gearhouse help us to achieve this with their knowledge, experience and can-do approach. There’s a reason why they’ve been here with us in the jungle for so long.”

“We love being a part of I’m a Celebrity… it really is about building a robust, hard-working production workflow from nothing,” said Kevin Moorhouse, Gearhouse Broadcast’s coo. “After so long providing ITV Studios with the equipment they need, we really feel at home in the jungle. This is the seventh year we’ve been here - that’s a testament to the broadcast facilities we’ve consistently delivered.”