Gearhouse Broadcast Welcomed Back to the Jungle 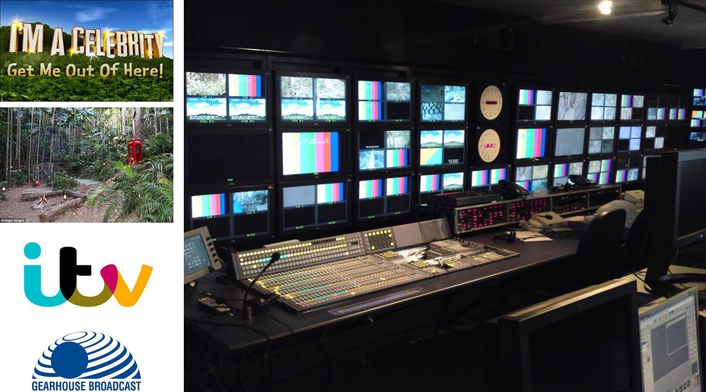 Gearhouse Broadcast continues to supply on-site technical and flyaway production facilities to ITV Studios
Leading broadcast solutions supplier Gearhouse Broadcast has returned to the unforgiving Australian jungle for the sixth time as it continues to deliver robust technical and production facilities for ITV Studios’ hit series, I’m a Celebrity... Get Me Out of Here!

Gearhouse Broadcast’s HD flyaway facilities have been positioned on the show’s permanent set in New South Wales, Australia. It creates a large production gallery, MCR and CCU areas, a VTR/EVS room and two audio control rooms as well as a comms area. A team of engineers from Gearhouse Broadcast’s Projects and Equipment Rental division were on hand to set up the facilities and are now providing on-site support for the series which started on 18 November 2013.

ITV Studios Production Executive – Entertainment Helen Kruger Bratt said, “The environment that we operate in on I’m a Celebrity... couldn’t be more extreme, but it’s testament to both the talent and expertise of the people who work on the production, the equipment and supporting technology, and our key partners such as Gearhouse Broadcast, that such a polished final product can be delivered to viewers at home.”

Two Sony MVS 8000 vision mixers will cut the cameras, with one creating eight video streams recorded on two EVS XT3 machines and eight Sony XDCam recorders, and the other used for the live UK transmission. The production will again use a Pro-bel Cygnus 288 x 288 HD/SDI video router. 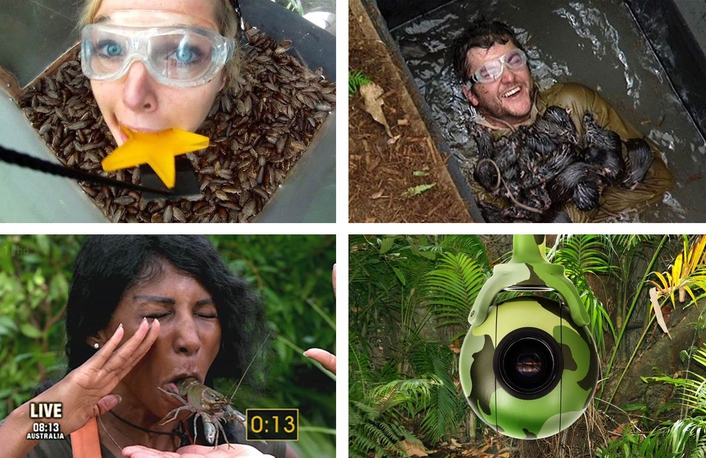 With the celebrity contestants on the reality game show split into rival camps to begin with, two Yamaha audio desks are required for mixing, while the live shows for ITV1 and ITV2 will use a Calrec Omega audio desk. A comprehensive Radio Microphone Receiver system will capture everything that is said within the set, including the two camps, studio and the trials areas. An Optocore system is then used to send the audio back to the production gallery over fibre, allowing access to all of the audio on the desks.

“As you can imagine, I’m a Celebrity... Get Me Out of Here! is one of the most ambitious and challenging productions out there, which makes it great fun to be a part of,” said Kevin Moorhouse, Gearhouse Broadcast’s coo. “This will be the sixth series that we’ve been involved in, which is testament the quality of the technical and broadcast facilities that we’ve consistently delivered.”

Gearhouse Broadcast is a market leader in the field of broadcast services. It specialises in broadcast project solutions, systems integration, equipment rental and equipment sales and operates globally with offices in the UK, USA, Australia, India and Doha. The company has vast experience and a proven track record in its involvement in major broadcast projects such as Wimbledon, the ATP Tennis Masters and I’m A Celebrity, Get Me Out of Here.
Gearhouse Broadcast Systems Integration division offers both permanent and temporary broadcast installations. Its expertise lies in the provision of solutions for studios, outside broadcast facilities, transmission and automation, master control rooms, stadium installations and broadcast cabling. It can offer mixed systems integration solutions, as either outright sales or a mixture of sales and rental facilities.