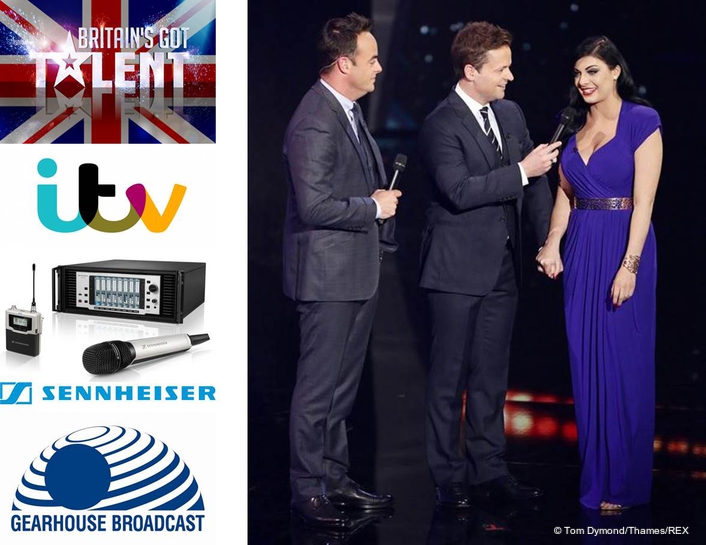 The Sennheiser audio workflow included the new Digital 9000 system, which made its BGT debut having already been successfully employed by Gearhouse Broadcast on the X Factor late last year. The Sennheiser 9000 system uses uncompressed digital audio transmission for error-free sound with exceptional dynamics, and enables Edwards and his team to encrypt the transmitters. In addition, there were ten SKM 5200 wireless microphones, 24 SK 5212 handheld transmitters for the contestants, 16 EM 3732 dual receiver systems and four SR 2000 IEM monitoring systems.

The system Gearhouse provided for Britain’s Got Talent also accommodates ITV2’s companion show, Britain’s Got More Talent, in which a further 11 SK5212’s were used, along with seven SKM 5200’s and one SR 2000 IEM transmitter and EK2000 wireless receiver. The wireless mics fed to a single bespoke antenna combiner, which combined all 60 individual frequencies to one modulated signal that was then distributed to the individual receiver racks.

“Audio plays such a big part in Britain’s Got Talent, so it’s vital that I work with professionals that I know can not only deliver what I need, but also fit into a tight-knit and well drilled team of trusted suppliers,” said sound director Robert Edwards. “I know that I can rely on Gearhouse to supply the best equipment for the job and be on-hand with support, if and when I need it.” 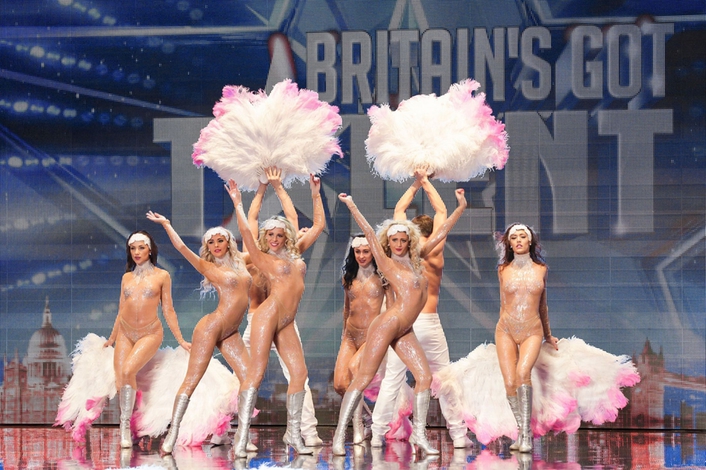 Gearhouse Broadcast audio engineer, Quay Luu, said: “On Britain’s Got Talent, every show is different. Each act presents its own unique challenge and star guests are also scheduled to appear, so it’s vital that our audio set-up is flexible and robust enough to ensure that the production team can broadcast anything that is happening in and around the studio complex. We work closely with Robert Edwards and his team to ensure the show goes to plan, and liaise with fellow audio supplier Delta Sound on the RF spectrum allocation to make sure it follows the frequency plan we all design before every series.”

About Gearhouse Broadcast
Gearhouse Broadcast is a market leader in the field of broadcast services. It specialises in broadcast project solutions, systems integration, equipment rental and equipment sales and operates globally with offices in the UK, USA, Australia, India and Doha. The company has vast experience and a proven track record in its involvement in major broadcast projects such as Wimbledon, the ATP Tennis Masters and I’m A Celebrity, Get Me Out of Here and Sky’s F1 coverage.
Gearhouse Broadcast Systems Integration division offers both permanent and temporary broadcast installations. Its expertise lies in the provision of solutions for studios, outside broadcast facilities, transmission and automation, master control rooms, stadium installations and broadcast cabling. It can offer mixed systems integration solutions, as either outright sales or a mixture of sales and rental facilities.