Crosscreek TV Productions handled coverage of Garth Brooks’ performance at Greensboro Coliseum in North Carolina
After years of fans’ “Unanswered Prayers,” Garth Brooks is officially back in action. With his first studio album in more than a decade released last month and first worldwide tour in 13 years set to launch in February, the country-music ultra-star performed his new single “People Loving People” live during the American Music Awards (AMAs) last month. Brooks was not on stage at the Nokia Theater in Los Angeles, however. He was 2,500 miles away at the Greensboro Coliseum in North Carolina, creating a challenging multisite live production for Dick Clark Productions (DCP) and Crosscreek TV Productions.

“As with any remote live event for insertion into an awards show, the most challenging aspects are normally communication-based,” says KPS President Bill Kavis. “We had to remain fluid, based on the changing main-event schedule and the live environment. We had to protect for the Garth Brooks camp. The remote was also faced with creating the complete show with a one-day set/shoot/strike while the main show was afforded full set, ESU, and multiple rehearsal days, making preproduction and multilevel event communication paramount.” 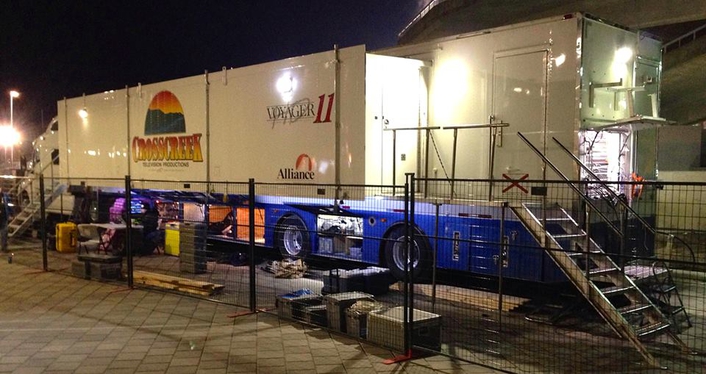 “We contacted Crosscreek based on its past relationship with the company on both sports and entertainment-style shows,” says Kavis. “The ‘sport-tainment’ experience of [Crosscreek], their versatility, and talented engineering staff was crucial in the evaluation and selection process for this multifaceted production.” 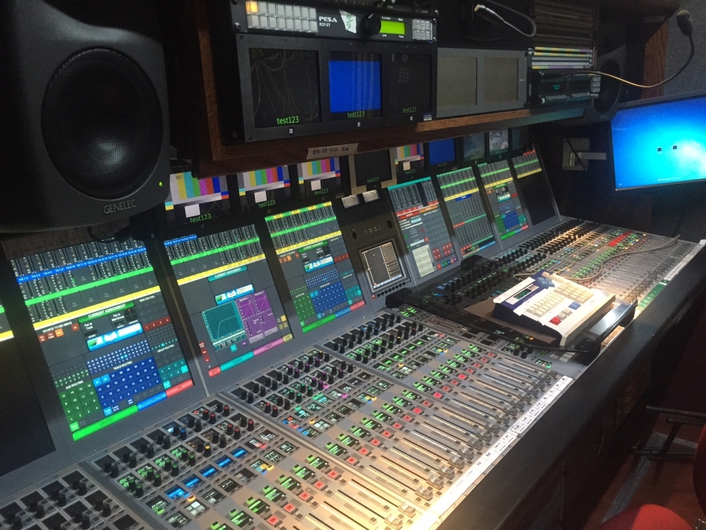 The production deployed 12 cameras: four hard, three handheld, one handheld on a 30-in. jib with hothead, three robos, and one fixed POV. The Voyager 10 production team provided five cameras, with an additional seven fed via fiber from the house screens system to Voyager 10, where they were matched to the normal show complement. 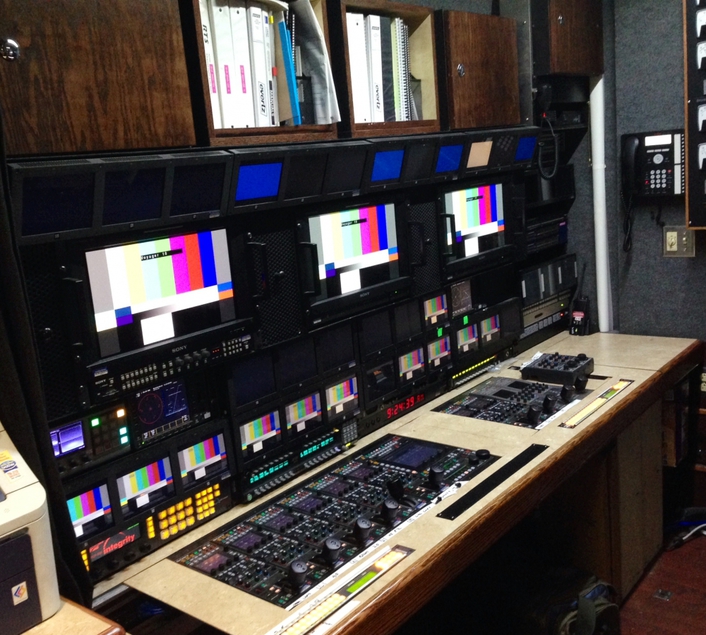 In terms of audio, the production used a full concert split from Clair Brothers Sound for the almost 80 inputs required to cover the show, as well as Voyager 10’s 128×128 MADI system to provide redundancy. A1 Tom Holmes and his team deployed effects mics from the concert split and were combined with mics from the normal truck complement, as well as a rental package of Nuemann and Sennheiser microphones brought in to supplement the effects-mic needs. The show was mixed for 5.1 surround from the main truck at the Nokia Center. The Greensboro remote provided stems via its transmission path for upmix at the other end. 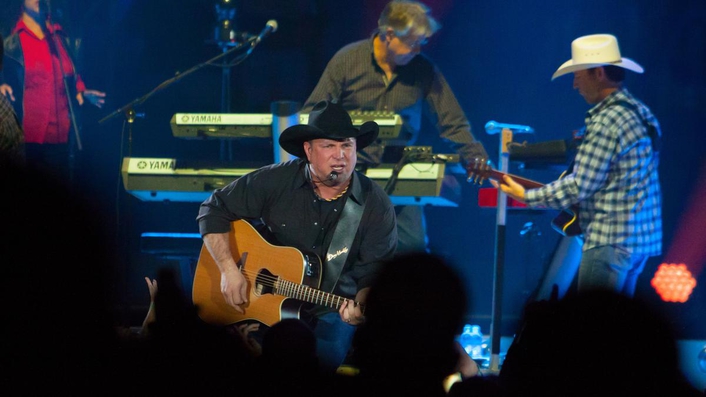 The show was transmitted via Level 3 fiber to L.A., and PSSI provided a Ku-band satellite uplink for the backup path. Strategic TV provided transmission coordination and booked the satellite times and fiber circuits.

Kavis, who also served as technical producer, and Line Producer Don Harary were involved in coordination of all aspects of preproduction and production. Director Dennis Rosenblatt was brought in for the second consecutive year to direct the remote performance. All three and Production Manager Diane Kavis coordinated logistics with the Garth Brooks production and technical staff, as well as with the Greensboro Coliseum staff and the main show team at Nokia. Paul Lambert, Doug Crosby, and Randy Cline led Crosscreek’s Voyager 10 team in Greensboro.