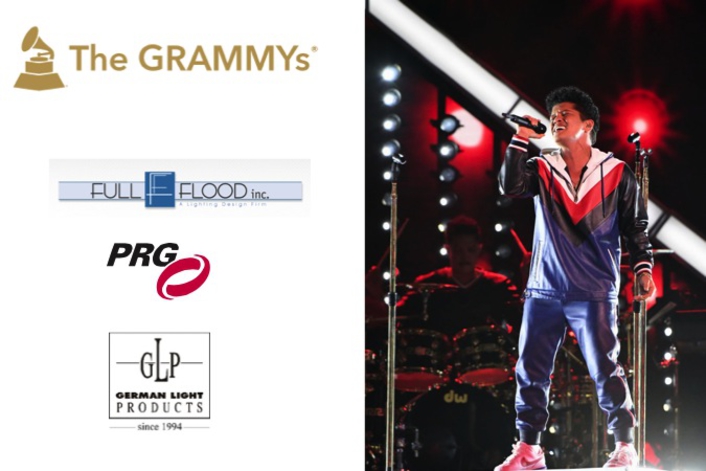 The ceremony, which is produced by NARAS & AEG Ehrlich Ventures LLC, recognizes the best recordings, compositions and artists, and took place within a lighting design undertaken by locally-based Full Flood Inc, a collective of award-winning LD’s. TV lighting designers were Robert Dickinson and Noah Mitz.

Inventory was supplied by PRG’s Los Angeles office and included vast quantities of GLP’s new generation fixtures including X4 atoms and X4 Bar 20’s. These were used in performances by both Bruno Mars and Beyoncé.

Full Flood also specified 20 pieces of impression X1 into custom ‘beacon’ housings designed by lighting director Mike Berger for the performance by A Tribe Called Quest.  “By using the X1’s inside a domed housing we created a much brighter and more versatile fixture while still referencing the police beacon look desired by the creative team,” says Dickinson. 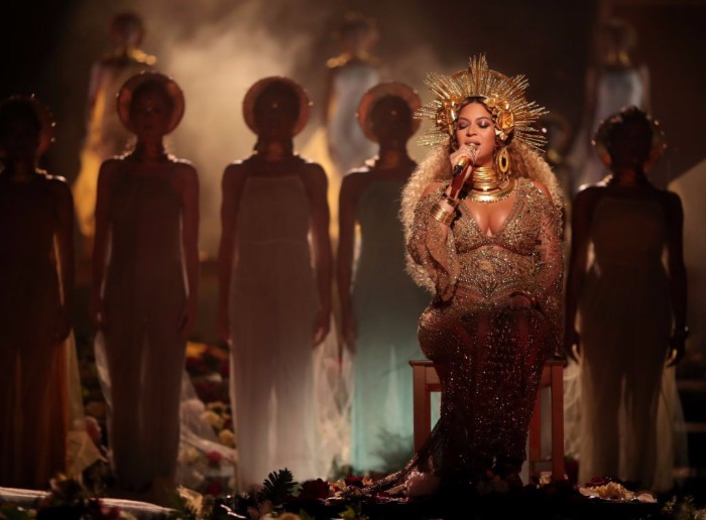 Beyoncé delivered a stunning nine-minute performance celebrating her latest pregnancy. Her LD Cory FitzGerald worked directly with the Full Flood camp and the Grammys’ production team, both in order to coordinate the offsite pre-build, and integrate it within the show rig onsite.

Set on floor carts in two rows, multiples of X4 Bar 20’s created the main ‘wall of light’ without being seen, he confirmed. “This formed a scenic element of smoke and light as a backdrop for [Beyoncé’s] performance, as well as accentuating the musicality, with the complexity that the fixture offers.

“The fixtures not only created a beautiful background but at the same time were able to punch through and hit the music when needed.”

In summary he said, “The X4 Bars were essential to the look. They are incredibly versatile and easy to work with. In fact, they are becoming a work-horse in the industry and can really do so many jobs at once.”

However, it was the use of the X4 atoms with Bruno Mars that really caught the eye. The set was backed and constructed with more than 340 pieces of the fixture, which now houses an upgraded 30W light source. 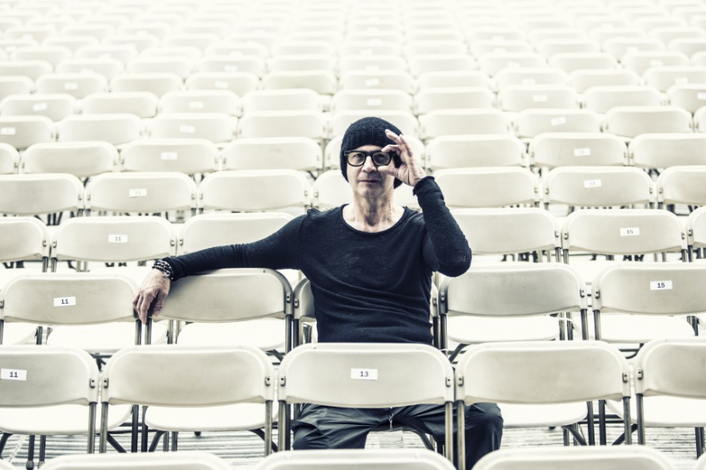 This saw a rare collaboration between three of America’s finest, with Roy Bennett designing the set, Cory FitzGerald the lighting, and Brian Jenkins masterminding the programming.

Jenkins explained how the interactivity between the three men worked to create an overall dynamic. “Cory was bouncing between the Beyoncé and Bruno performances and needed some extra man power to make sure Bruno was buttoned up,” he explained. “Since I work with Cory often, we’ve become efficient on how we like to approach programming, the overall aesthetic, lighting accents and hits, and so on.”

Having first seen and tested the X4 atoms at last October’s LDI Show, this had provided the first opportunity to fire them up in anger. “The three of us are fans of the GLP products and we’ve been waiting to implement the atoms on the right project,” he said. “Of course we couldn’t just do 30… 340-plus sounded much better!”

And their faith was fully justified. “With the crazy set change times, it’s crucial to have a reliable fixture because there is no time to troubleshoot — and these just worked!”

The other helpful feature was the interlocking modules, he added. “These set carts bounce up and down ramps and are handled by forklifts — so having the ability to keep most of the atoms locked together kept the look we wanted and saved time on refocusing before show time.”

And once set up they certainly delivered. “The colour set was nice, the zoom feature was useful and fun… and provided nice eye candy for the camera.”

Hosted by James Corden, the show was broadcast live through the CBS network and is estimated to have been seen by a total of 26.05 million viewers. 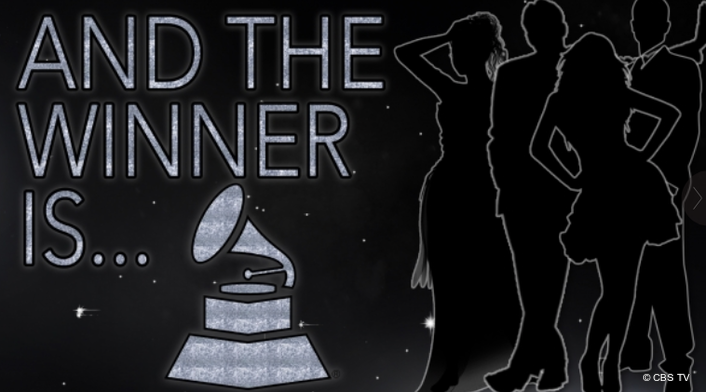