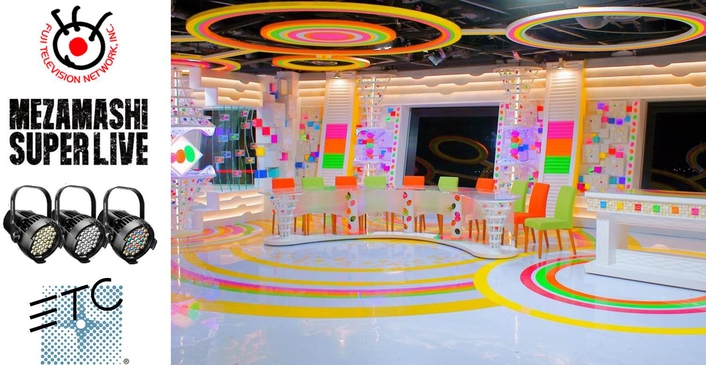 .
It was a challenge for the technical crew of Fuji Television Network Inc. (Fuji TV) and Fuji Media Technology Inc. (fmt) to find the right fixture to light a set built in the globe-shaped observation room located on the 24th floor of their building. In the end, they discovered that ETC’s Selador® Desire® D60 Daylight luminaires were the perfect fit.

“Our task was to light this set built in a space that was once a coffee shop, with minimal power,” says Hitoshi Hoshino, the executive manager of fmt. “The space also had only 2,400 millimeters [7.87 feet] to the ceiling, so it was impossible to use incandescent lights, not only because of the power restrictions, but also the heat.” 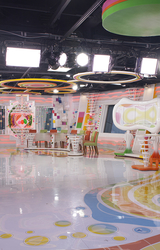 The set was built for the live morning talk/news show Mezamashi TV (“Alarm Clock TV”). Right behind the cast are windows with a view of Tokyo that creates a backlight that changes with the time and weather. The biggest challenge was balancing the natural light from the windows and the frontlight on the cast. Fuji TV’s chief lighting designer, Atsuhiro Kobayashi, had to put a filter on the window to tone down the natural light. “After testing multiple LED fixtures, we found that the Desire Daylight with a filter gave us the best balance on camera,” he says. 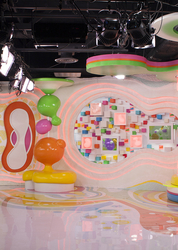 Sold with the help of Syncro-rise Inc., a dealer for Ken Production Service Inc., fmt provided the lighting package, which included 12 Selador Desire D60 Daylight fixtures. Kobayashi also used some flat-panel LED fixtures for frontlight and some small HID floodlights for backlight to fill in areas that had no light from the windows, to create the total look he wanted. The Desire luminaire had the best color balance of all the fixtures they tested and the D60 format gave them the coverage they needed.

With the low ceiling and the lights being so close to the cast, they needed fixtures that would not overheat. “When tall guests come onto the set, they have to duck under the fixtures. By using LED fixtures, we did not have to worry about people touching the fixtures and burning their fingers or scorching their hair,” Hoshino laughs. “We are happy with the choice we made.”