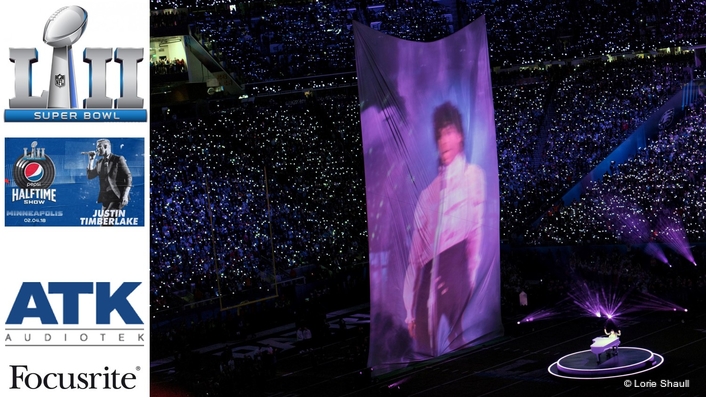 The halftime event at the Super Bowl is an annual cultural benchmark, and the Pepsi Super Bowl LII Halftime Show that took place on February 4, 2018, at U.S. Bank Stadium in Minneapolis saw featured performer and GRAMMY® winner Justin Timberlake zoom through a medley of 11 songs supported by scores of singers, dancers and even the University of Minnesota Marching Band. It was a big show, and the sound was held together through an extensive Dante™ networked audio infrastructure featuring components from Focusrite’s RedNet range of Dante-networked audio converters and interfaces. The system, which was also used for Pink’s “Star-Spangled Banner” performance and other moments throughout the evening, was deployed by ATK Audiotek, the longtime provider of the Super Bowl’s live-sound productions.

The system this year consisted of a total of 48 RedNet units in all, and it was the second consecutive year that ATK Audiotek has employed RedNet components. It was larger than last year’s RedNet system because ATK Audiotek networked the entire live-sound system in the bowl this year, including cart-mounted field PA speakers that are wheeled into place for the performances, wireless microphones, wedge monitor speakers used for the pre-game events such as the national anthem, and IEM monitors used by Timberlake and other onstage performers. It was a big system, but RedNet handled it with ease.

“The flexibility that we had with the RedNet system was incredible,” says Kirk Powell, ATK’s engineer in charge. “We were able to send any signal anywhere in the venue, because we were no longer restricted by where we had cables going. Once we had the network infrastructure in place, all we had to do if we need a microphone somewhere was just plug it into the network, and RedNet did the rest.”

Powell says RedNet offered other benefits at the complex live event, including the ability to keep the entire audio signal almost exclusively digital from beginning to end. “We didn’t have to have a number of A-to-D and D-to-A conversions in the system, which made the entire process smooth,” he explains. And in what was a physically smaller venue this year, RedNet kept cabling to a minimum. “RedNet definitely helped reduce the amount of space we needed for everything, which was important in the smaller stadium and at an event where we were adding more elements onto the system than we had last year, like the wireless mics and monitors,” he adds. “RedNet helped make a more complicated project simpler, and the value of that is enormous when you’re doing an event like the Super Bowl.” 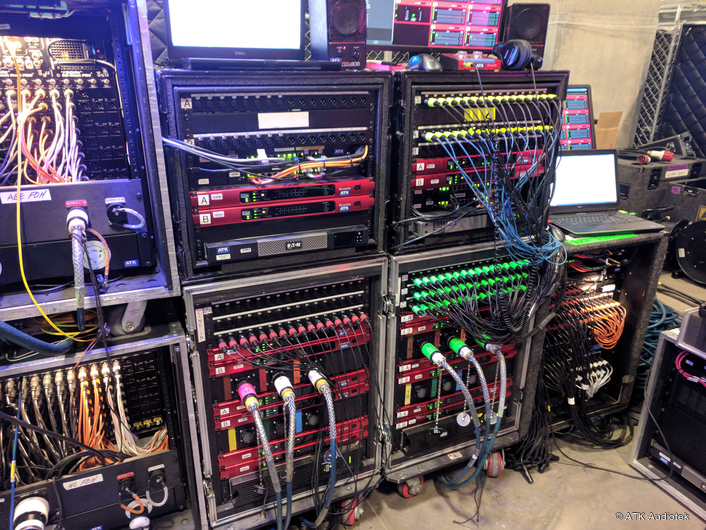 About Focusrite Pro
Focusrite Audio Engineering has pioneered professional audio recording technology spanning almost three decades. Focusrite Pro, the company’s Professional and Commercial division, meets the demands of recording, post-production, live sound and broadcast professionals. It consists of RedNet, a fully modular audio-over-IP solution, and the Red range, Focusrite’s flagship multi-format interfaces, along with the heritage ISA range of microphone preamplifiers and analogue signal processors. Focusrite Pro products have been developed to meet the needs of the most demanding applications through a relentless focus on ease of use, quality and reliability. Focusrite is based in High Wycombe, Buckinghamshire, with offices in Los Angeles and Hong Kong.