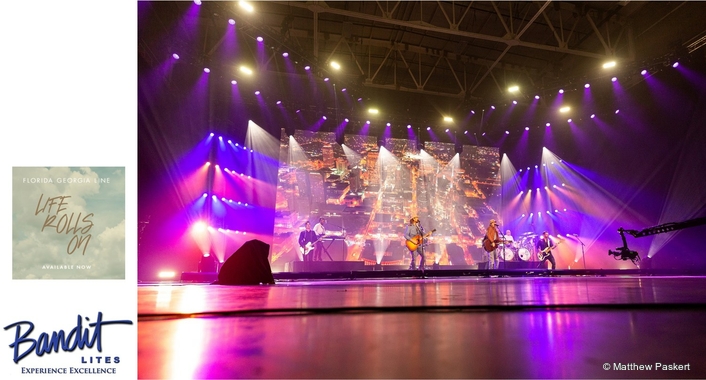 Florida Georgia Line’s highly-anticipated fifth studio album, LIFE ROLLS ON, launched February 12 to worldwide acclaim. As part of the album release, the superstar duo, comprised of Tyler Hubbard and Brian Kelley, filmed multiple promotional performances at The Steel Mill, a turnkey studio and production space that features a Bandit Lites rig outfitted with more than one hundred moving light fixtures, a video package from MooTV, staging from Gallagher Staging and a sound system from Clair Global.

“The existing house rig provided a lot of fixtures, mostly wash,” said Cunningham, referring to Chauvet R2X LED lights. “This allowed for an even wash, which is of course pivotal for TV lighting. The overall design layout allowed for many different looks, whether based on fixture positions or truss moves.” 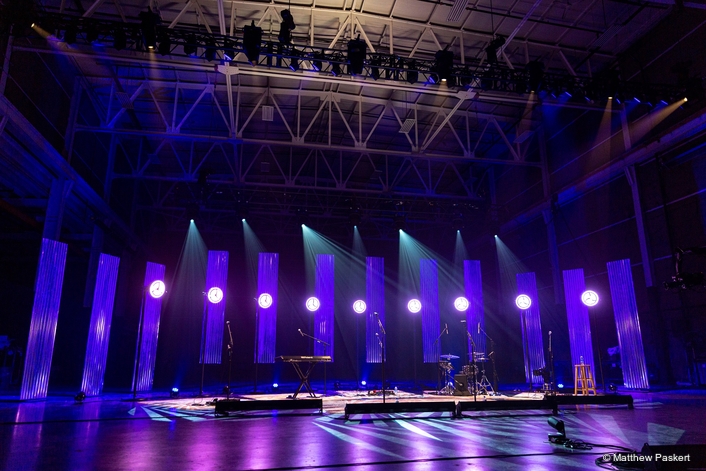 The versatility of the rig meant the band could stage multiple concerts, giving each press partner a distinct performance.

“I love the JDC, as it packs a huge punch so that was a no-brainer for the songs selected,” said Cunningham. “It was my first time using the Khamsins, but knowing the Ayrton line, I was certain it would fulfill our needs. Also, with the existing rig already having them, it was easy to plug them into the show and match perfectly for color and gobos.”

“I spec’d the Mega Lite Circa Scoop fixtures for the acoustic set,” explained Cunningham. “They offered that traditional visual with multiple features that allowed for different looks throughout the entire acoustic setup.”

Music is resonating more than ever these days, and with millions of fans eagerly anticipating FGL’s new music, the team at Bandit was thrilled to have the opportunity to help illuminate artists once again. 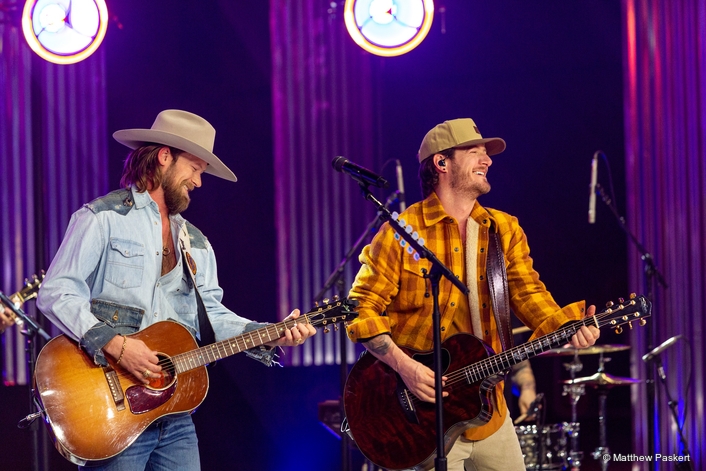 “Bandit’s service was top notch,” finished Cunningham. “Their techs went above and beyond with the prep/setup of our supplemental package and ensuring the “house” rig was at one hundred percent before we walked in the door. Any issues while onsite were taken care of and fixed promptly without hesitation.”

“Bandit’s service and support has always been top of the line,” added Ortmeier. “I have never had any issues in any touring situation I’ve used them on.”