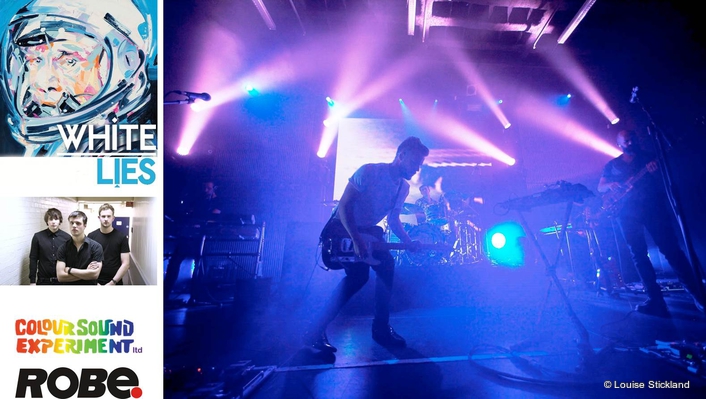 .
The first tour for Robe's new CycFX 8 fixtures is with UK post-punk rockers White Lies, as specified by Lighting Designer Matt Waterfield and supplied by London based  lighting and visuals rental specialist, Colour Sound Experiment, who purchased 32 of the units directly off the booth at the PLASA exhibition in October.

The critically acclaimed White Lies released their third studio album ‘Big TV’ in the late summer and the tour is generating a huge amount of interest in their moody mix of intelligence and great rock ‘n’ roll.

Waterfield who started working with the band at the start of 2013 is very excited to be the first to tour a brand new product and comments, "I love the CycFX, they can produce amazing effects that no-one has seen before, and they are standing up very well to the touring environment". 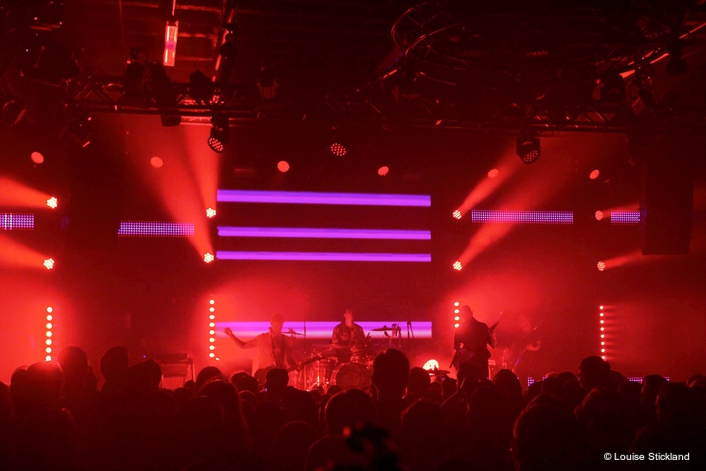 In addition to the 20 x CycFX 8s he has in the tour, the floor specials package supplied by Colour sound also includes four Robe LEDWash 1200s, six Robe LEDWash 300s and six Robe MMX Spots plus some other moving fixtures, Sunstrips, strobes and blinders - so Robe is right at the core of the rig.

Furthermore, Robe Media Spinners are rigged inside five custom portable truss towers that Colour Sound made specially for the tour and used to rotate five columns of LED screen.

Waterfield was originally considering using another batten product for the tour when Colour Sound's Haydn Cruickshank showed him the CycFX at PLASA. He then quickly changed his mind and added these to the plot!

He thinks the zoom is excellent, and that the white LEDs are also a great asset, especially for the White Lies show which includes plenty of white looks, scenes and effects, not for the cliché but because it really suits the band’s edgy dynamic.

Four CycFX are usually rigged on to each of the five towers which sit upstage of the band and provide the main 'air-based' lighting positions.

The towers split in two to give A and B options to deal with different sized venues, and most of the time that's all they use for the shows,  only occasionally adding in some of the venue's overhead ‘house’ system. 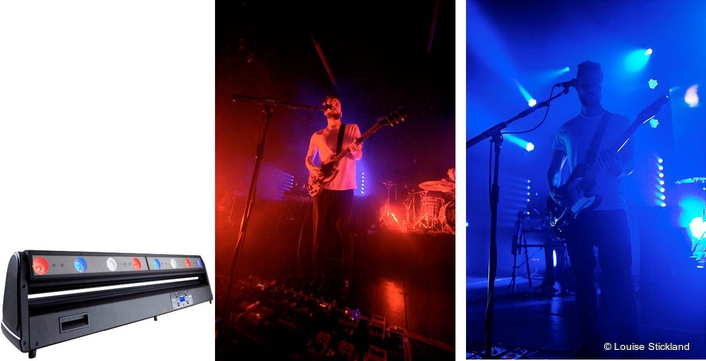 The CycFX 8s are used to produce dramatic sheets of light, colour and movement that sweep right across the stage. "These blanket beam effects are fantastic and also something you don't often see, so I'm really maximising them," he enthuses, adding quickly that the more he uses the CycFX … the more new ideas keep flowing.

He's also pixel mapped them, together with the individual LEDs of the LEDWash 300s to produce some really funky, zappy 'WOW' moments in the show.

The LEDWash 300s are used for his key lighting - they are small and easy to fit into any space, and he reckons "The CT white is excellent and the fixtures are really rock solid reliable".

He explains that the LEDWash 1200s are ideal for the medium sized venues they are mainly playing in Europe and easily powerful enough to cover the whole performance space with an energy-conscious light source.

It's the first time he's toured with MMX Spots, although he's encountered them at numerous summer festivals. "They are bright, light and small enough to fit neatly into our towers," he says with a big smile, adding that he’s very pleased with the way the show is evolving. 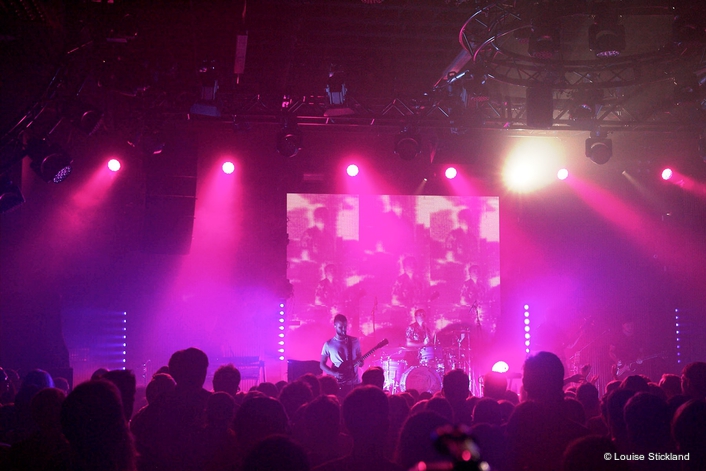 A ChamSys Maxi Wing is his control desk of choice, which also triggers a Catalyst media server running all the playback video. He works very closely with Camera Director and Laser Operator Matt Buttons who is co-ordinating a mini camera system and two lasers through his own ChamSys MQ60 console. They are joined on the tour by multi-tasking and multi-skilled tech, Andy 'Ankle' Iliffe.