Fineline Feels the Love in Bristol 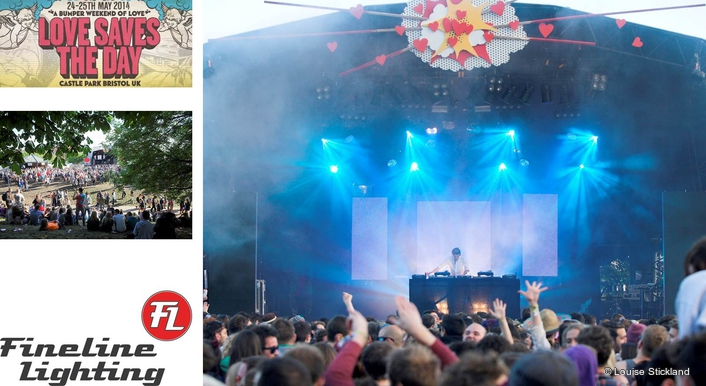 .
Downtown Bristol was buzzing with great music and vibes at the weekend for the third ‘Love Saves the Day’ Festival, a multi-stage event in Castle Park right in the heart of the city. Headliners included Annie Mac, SBTRKT, Jamie xx, Eats Everything and many more.

For the first year, lighting and visuals rental specialist Fineline – also based in Bristol - was asked to supply lighting equipment, LED screens / media server control, rigging and a visual production design for the Main Stage … which seriously upped its production values from 2013 in line with the profile of the festival which sold out its 12,000 capacity on both days.

Fineline’s MD Rob Sangwell commented, “We were delighted to be asked on-board by festival organisers, Team Love, as we are really committed to partnering on locally based shows and events. We presented two design options for the stage from which they chose the more expensive, which really underlines how much they value good presentation.

“Apart from that, there is an incredibly vibrant live music and event scene happening in Bristol right now, so it’s great to be part of that too”.

Presenting an integrated lighting and video package was right at the essence of the imaginative production design created by Fineline’s Wingnut which was customised to fit the stage - a compact 12 metre Super Nova Light from Serious - utilising virtually every centimetre of available space!

“The idea was to make an equally big impression for both audience and artists,” he explains. 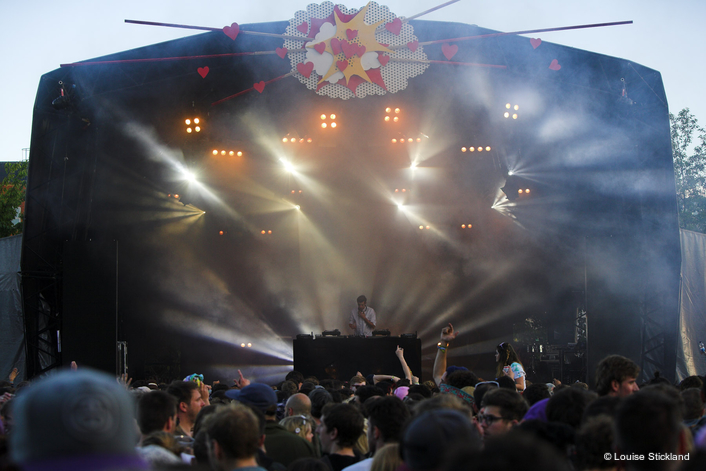 He incorporated all the regular festival lighting requirements – like flexibility and ensuring that the design enhanced the stage in the daylight hours as well as after dark.

The visual design incorporated 20 panels of Lighthouse R7 LED screen which was configured as five columns - three flown upstage and two ground-staked downstage either side.

Apart from replaying funky and interesting video content, these were also used for dramatic full-on lighting effects like strobing.

An Avolites AI media server was used for all the visual control, set up and programmed by Fineline’s Stu England who also co-ordinated, formatted and ran all the guest content  - some of which was submitted in advance, and some appeared literally minutes before the act was about to take to the stage – which kept him on his toes!

Four double truss pods were sub-hung from the stage superstructure to give the lighting positions. These were both raked and fanned to optimise the shape of the stage roof and maximise the available height.

This truss effectively provided capacity for a floor specials package … but just not actually on the floor to save stage space!

Right at the back there was also a drapes truss, with another truss at the front for key lights, blinders and to help with cable management for the four double-width trusses. 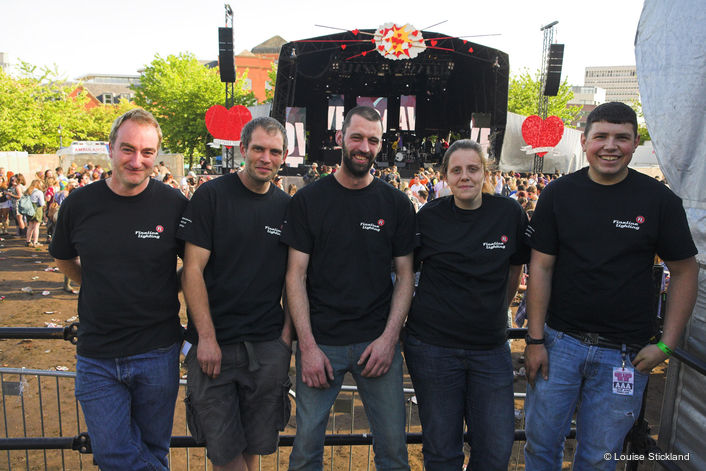 Using the very versatile multi-purpose Robe Pointes vastly increased the options for everyone as well.

On the control side, Fineline supplied an Avolites Tiger Touch 2 and a Tiger Touch Pro with a Titan Mobile wing, and the AI server and media content was all triggered from the desks.

The Fineline crew were joined by apprentice Josh King and all worked extremely hard to get everything rigged, ready and programmed in the short get-in period.

Tom Paine from Team Love comments, “It was a great experience working with Fineline. They brought their vast experience to the table and did a really fantastic job with a great looking stage that helped us step everything up a few levels”.

The event was another great success bringing a bumper weekend of urban love to Bristol and establishing it firmly on the summer festival map!