The tour visits four Belgian theatres and is a co-production with TV channel Ketnet. The Unidamu (Universe of Dance & Music) journey started with "Ketnet Musical", a talent scouting competition TV show with a mission to source new singing, dancing and acting talent, resulting in 24 fresh and enthusiastic faces picked from 12,000 hopefuls to make up the cast.

Painting with Light and Studio 100 have enjoyed a long and positive working relationship and this is the third edition of the musical show. It has a strong anti-bullying narrative and tells the tale of two worlds ... a reality which is grey and devoid of music, fun or entertainment and the sci-fi fantasy world of Unidamu  - filled with colour life, joy, music, dancing and inspiration. Most importantly ... there are no bullies and life is inclusive and non-judgmental.

The set design by Stefan Haudenhuse was already in place and Paco's main challenge in lighting the piece was creating that stark contrast between the two worlds between which the young people teleport.

The only thing about Unidamu is that children can't take their families ... so those who miss their significant others decide that the only solution is to try and bring Unidamu back to the real world for all to enjoy. It's a more complex story than it might initially appear, one that can be appreciated on multiple levels.

The main location in the real world is a school which Paco decided to light with standard commercial fluorescent tubes, which were rigged onto a number of house LX bars. The light emitted is an unforgiving and unrelenting practical white which is the default look for the real world.

Unidamu needed to be colourful and vibrant, so a number of moving lights were specified - 18 x Robe LEDWash 1200s for the washes, 12 x Martin MAC Viper Profiles for the rear spots with some Claypaky Alpha Spots for the front lighting.

Twenty-two SGM LT200 LED battens are utilised, with some integrated into the set pieces. "We wanted to create a roof with these LED strips," explained Paco. The set required lots of dynamics, so there is a front, mid and back section, all featuring two of these 2 metre tubes, with each fixture’s 52 x LEDs individually mapped.

Five side booms run down the sides of the stage and these are each loaded with 2 x LED PARs that kick in neatly and nicely to cover the set and performers.

The design also had to fit a budget, which was reasonable but not massive, so it is an expedient rig used creatively. Fixtures were chosen and positioned carefully so they could be maximised ... and all of them were worked hard throughout the show. 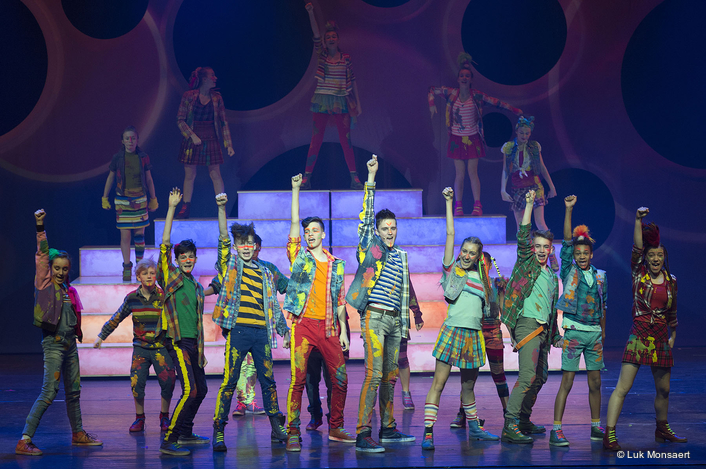 The LEDWashes were run in 'wide' mode so pixel looks and ring effects could be optimised. When the washes were combined with the LT200s, Pacowas able to introduce some serious funkiness to the pumping, uplifting songs and dance numbers.

He programmed the show onto a grandMA2 console, networked with an MPU as the 22 LT200s already consumed 3500 channels!

Paco and the Painting with Light team were determined to impress director Tijl Dauwe - who also wrote the script – andhad big expectations.

All Studio 100 shows have a reputation for exceptionally high production value, so the pressure was on to come up with something polished, slick and appropriate, all of which Paco took in his stride. The show was recorded for later broadcast and DVD, so this was yet another different consideration to take into account for lighting.

The teleporter set piece featured some integrated practicals - inbuilt LEDs and lots of smoke - as well as motorised doors, so there was plenty of satisfaction in creating effects as people were sucked out of one world and deposited into the other.

Even Tijl was impressed with the scope and variety that Paco managed to get out of the different lights, which are being operated on the road by Niels Huybrechts, a regular Painting with Light collaborator. 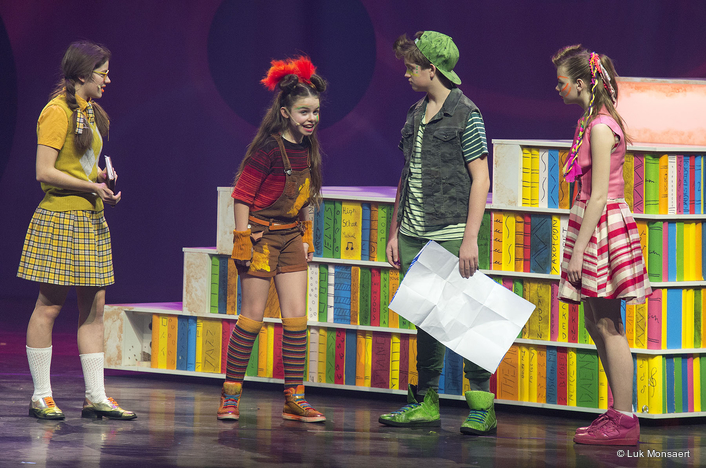 "I've really enjoyed this project" commented Paco, "it's been great fun working with an excellent team and all of us have pushed each other with the various challenges of making the production stand out”.

Three days of production rehearsals preceded the first show at Ostend’s Kursaal Theatre, followed by a preview performance, a press night and two shows on the first and second days ... by which time it had already been recorded for broadcast.

The second batch of shows commenced a month later and by the time the tour is complete, Unidamu will have played Ostend, Antwerp, Ghent and Hasselt. 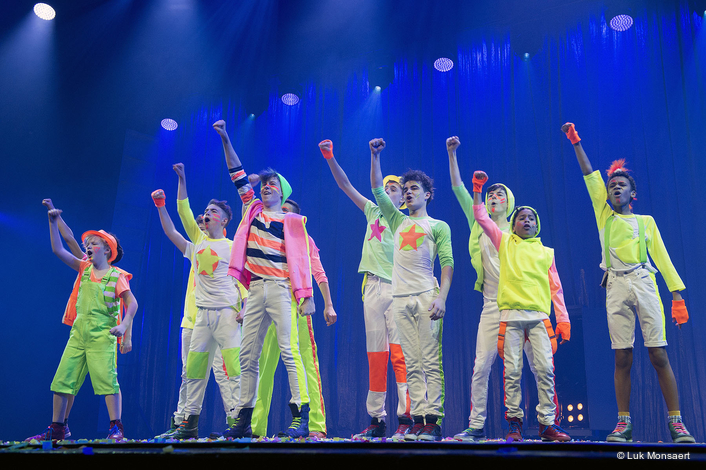