Felix Lighting hung 96 Clay Paky Sharpys onstage.  “There were eight wings on the set piece, four to each side, and Sharpys were on the edge of every wing in quantities from seven to eleven,” Karol says.  “We also had some Sharpys on the floor.  They’re a real workhorse fixture for us; we like them for their light weight and optics.”

Sixteen Clay Paky B-EYE K20s were also on hand to wash the interiors of some set pieces.

He emphasizes that all of the gear performed well under extremely hot conditions at the Speedway: Temperatures routinely topped 115 degrees F. during the day and it was 93 degrees at midnight during load out.  “Everything sat all day in the heat and when we fired it up at night it all worked!” says Karol. 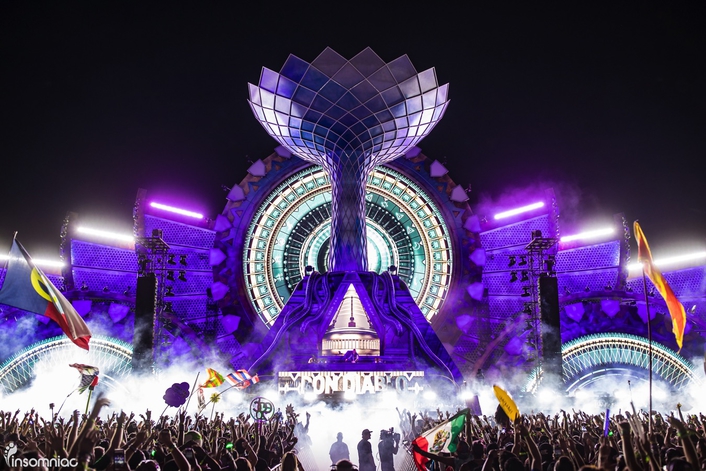 Francesco Romagnoli, Clay Paky Area Manager for North and Latin America, added, “We’re proud to be a part of Electric Daisy Carnival so many years in a row and it’s always great to partner with Felix Lighting.”