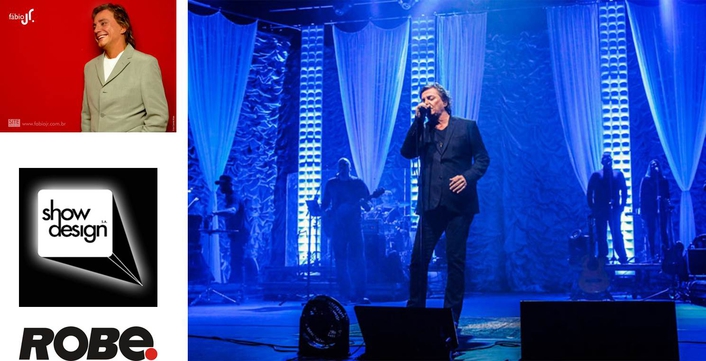 The ColorSpot 700E ATs are rigged on two overhead trusses - six on each - used to produce an appropriate ambience for this very theatrical show as well as to create very specific colours and texturing using the CMY mixing, gobo effects and frost.

ShowDesign has been working with Fábio Jr. for the last 10 years, so the company’s designers know what the singer likes - usually has a more intimate show with a traditional look. 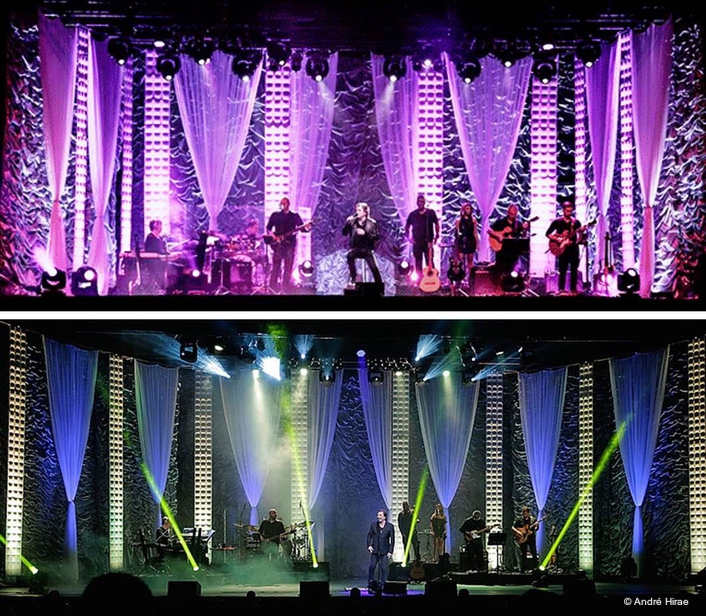 For this new tour, the artist asked Leonardo and Rogério to keep the stage simple and classical. He wanted a retro look with an elegant design.

They masked the stage with curtains with asymmetric seams to give the impression of wrinkled cloth and creating a great 3D surface to be lit.

To create the illusion of a wider stage, seven drops of white voile gathered in the middle were used around the stage to create more depth and give an extra element that would work with light. The third scenic trick was eight columns of 3D Board wall coating which could also be lit.

“When we presented this proposal, Fabio immediately knew we had listened to his requests,” said Leonardo Oliveira.

The ColorSpot 700E ATs were used for several special moments in the show, and particularly in the song “Dias Melhores” where Leonardo created a unique effect using frost, gobo, zoom and iris.

Leonardo says that for all his projects  - whether a DVD shoot, a theatre play or a music tour - he chooses to use Robe fixtures, “Because I know that every time I ask a fixture to give that bit more, Robe will deliver every time”. 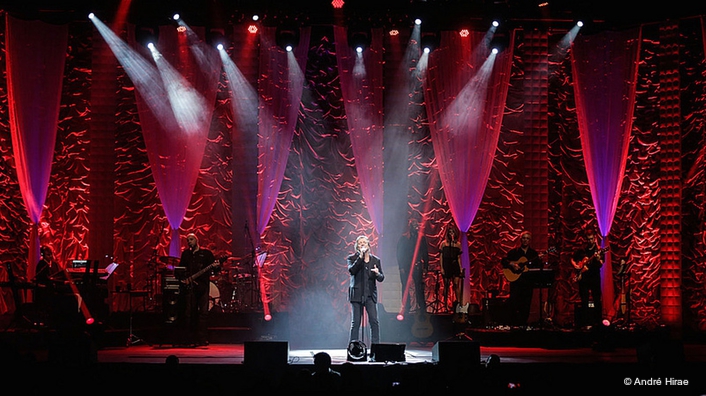 The 12 x Robe ColorSpot 700E ATs will be used on all shows for Fabio Jr.‘s Brazilian tour, provided by ShowDesign also based in Sao Paulo.

Leonardo ran the first four shows - two in Sao Paulo and two in Rio de Janeiro - using grandMA2 consoles, with Everaldo Zator in charge of operating the rest of the shows on the tour.

With almost 35 years of career, Fábio Jr. is a famous Brazilian romantic music singer and composer and actor.

He’s joined by his band who include MD Amador Longhini on keyboards, Álvaro Gonçalves on electric and acoustic guitars, Jotinha on bass, Gustavo Barros on electric guitar and Pepa D’Elia on drums plus Aldo Gouveia and Ellis Negress as backing vocalists.

In addition to Sao Paulo and Rio, the tour has already visited Belo Horizonte, Garanhuns, Santos, Fortaleza and others, and will continue all over Brazil.