Jan Kraus is a famous actor, writer and director in the Czech Republic; however his dream was to have his own late night show. In November 2004 Czech Television opened a program window for his show “Relax, please” on Friday night and since that time the show aired every Friday. With his show Jan Kraus has won the ELSA and TýTý awards, however Jan Kraus was facing several disagreements with the management of Czech TV on the choice of the guests and the balance of the show.

In June 2010 he decided to exit his show on Czech TV and to continue his late night show with the new title “Show Jana Krause” on TV Prima, one of the private TV stations in the Czech Republic. The show continues to be produced at the Ponec Theatre in Prague and also the decorations is unchanged: guests sit down on a red sofa and Jan Kraus sits behind a large desk.

Generally Jan Kraus invites three guests who are traditionally coming from the first two rows of show business, politics or sport. The final guest is an extraordinary person from the general public. With each guest Jan Kraus engages in an informal and humorous conversation. In the show there is also a music group and sometimes dancers, magicians or singers. 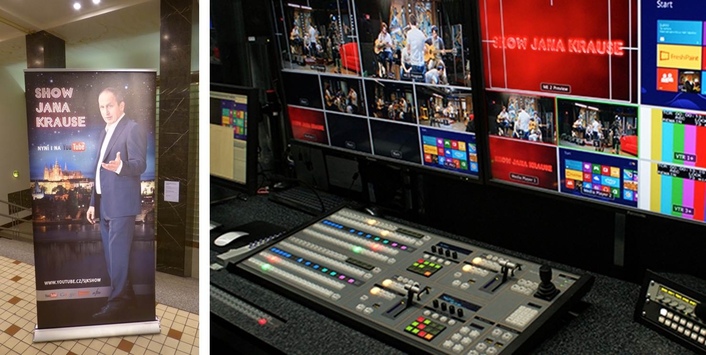 In 2012 Eurocam TV’s managing director Felix Nevrela saw the opportunity to bid for the live on tape production “Show Jana Krause”, which had become the number one late night show in the Czech Republic. However when Eurocam TV received the order, Felix needed to build an OBVan within 22 days, because the OBVan he had planned to have for this production was no longer available. 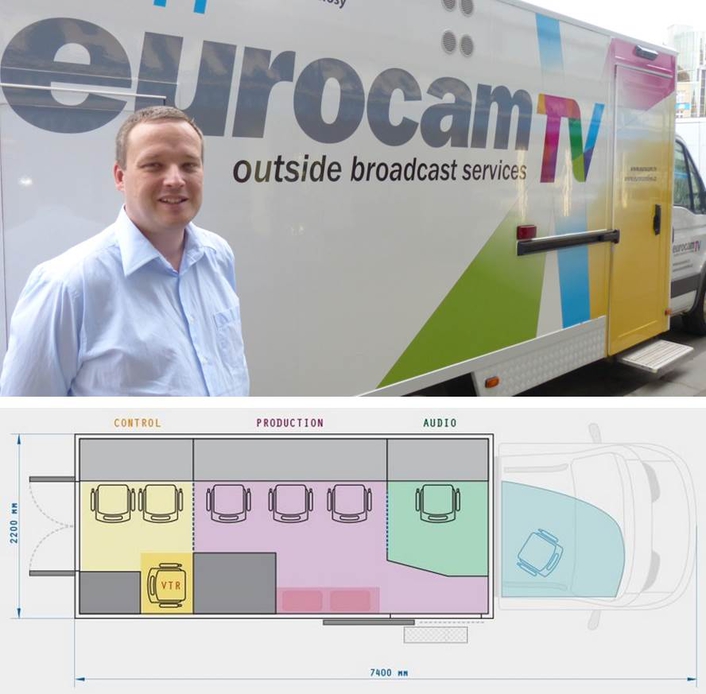 Eurocam TV decided to build a six camera OBVan on the smallest footprint possible. And the obvious choice was to buy a truck from one of the parcel delivery companies like UPS and fit it out with reliable and proven TV technology that was available immediately. 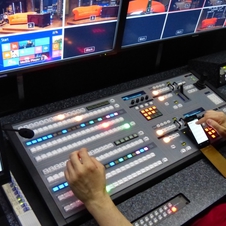 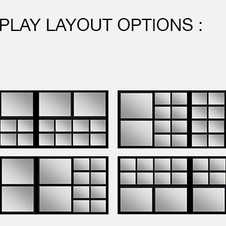 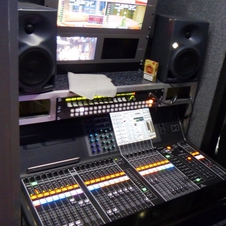 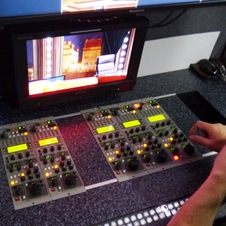 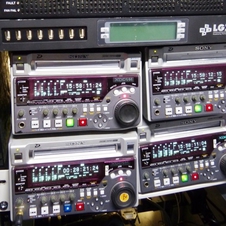 The truck is divided into three sections: control, production and audio and due to the layout of the ex-parcel-delivery-truck each section has its own entrance door. The production area is dominated by a Blackmagic Design ATEM 2M/E vision mixer (with remote control via iPad) and two Panasonic TH-42BT300 flat screens offering various display layout options. The audio section features a Yamaha CL3 with 24 faders and Neumann monitors. Recording currently is onto two Sony PDW-1500 recorders which soon will be replaced by a Grass Valley K2 Solo 2-channel media server with up to 25 hours of HD storage. For live slow motion the truck offers an EVS XT1.

The camera shading area offers space for six camera remote controls infront of a Sony OLED monitor. The six Sony DXC-D55WPS SD cameras will soon be replaced by Panasonic AK-HC3800 HD cameras. Microphones are from Sennheiser and Shure (for the wireless ones). For intercom Eurocam TV relies on a RTS Zeus 16x16 matrix. Finally video switching is carried out via a Blackmagic Design 40x40 Compact Videohub. Also on board is a Final Cut editing system that is also used as character generator.

Felix and his skilled team of engineers from EurocamTV achieved to fit all the equipment into a van with a footprint of only 7,4m x 2,2m and had it ready within the 22 days. Since October 2012 the “Show Jana Krause” is produced every week on Thursday live on tape and broadcasted on Friday on TV Prima. The van always arrives with a similar sized tender van carrying the Sachtler tripods, cables, cameras and the Canon lenses.

If the van is used for the coverage of live sports the Eurocam TV team adds two Panasonic PTZ cameras behind the goals bringing the offering to a complete 8-camera production. Besides that it is possible to use the van for social events, professional DVD or Blue-ray productions, for the coverage of music festivals, exhibitions or corporate events. Since 2004 Eurocam TV realized hundreds of television productions and programs for various television companies. Eurocam TV’s equipment contributes to the development and enrichment of television and multimedia productions in the Czech Republic and in Slovakia. 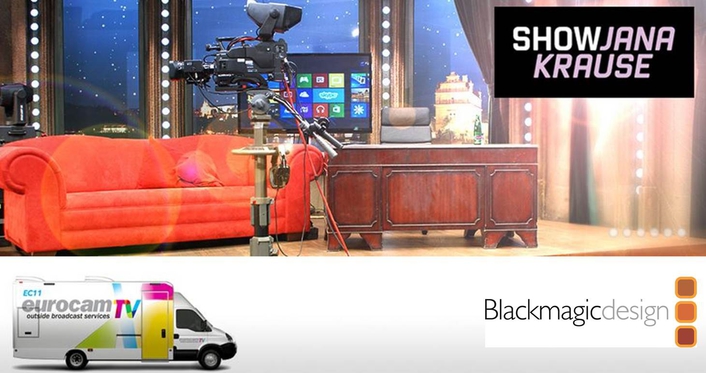