ESC 2012: Rehearsals in Baku Have Started 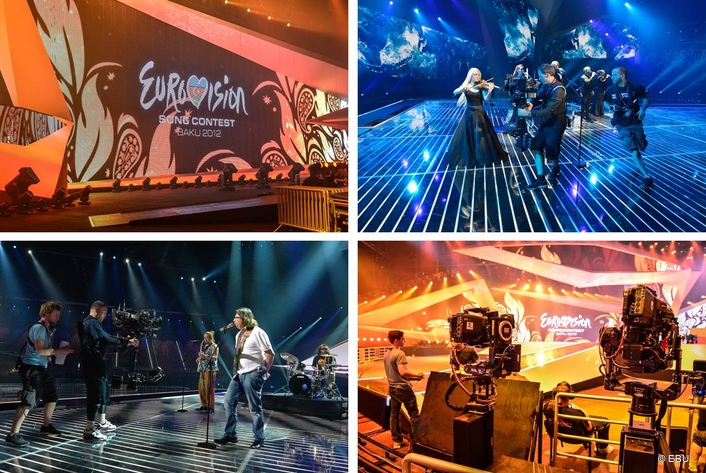 The Stage at the Crystall Hall
The second day of rehearsals has just finished. Albania was the first country of 45 to test out the stage at the brand new Crystall Hall in Baku. Shortly after an amazing experience in Düsseldorf the EBU started a close cooperation with Ictimai TV, the Host Broadcaster of this year’s Eurovision Song Contest.

Across the European continent, people have grown up with the remarkable tradition called the Eurovision Song Contest. In recent years, new members were welcomed. Not only did they join to be part of that pan-European tradition, they were challenged by the concept of this musical battle. Azerbaijan was one of those countries. Viewers and professional judges from all Europe picked Ell & Nikki’s Running Scared, the country’s fourth entry to the contest, as winner, and thus as host for the 57th Eurovision Song Contest.

But how did the European Song Contest start?
During a meeting in Monaco in 1955, EBU Director Marcel Bezençon (1907-1981) launched the idea of bringing Europe together in a televised, pan-European music competition in the style of the Italian Sanremo Festival. At the same time, the Eurovision Grand Prix (as it was named back then) would be an ambitious experiment to broadcast live to several countries at the same time. That’s how it all started...

The idea was approved during an EBU General Assembly meeting in Rome on 19 October, 1955. The Swiss national public broadcaster was proposed to organize the first Grand Prix, which took place on 24 May, 1956, in Lugano. Seven countries were represented with two songs each - which only happened in 1956.

In 2004, the format of the Eurovision Song Contest was amended and a Semi-Final was introduced in the lead-up to the Final. In 2008, a second Semi-Final was added to the format. Under the Rules, up to 20 participants can compete in each Semi-Final.

This year, 26 countries are represented in a spectacular Final. The winner is chosen by televoters and professional juries in all 42 participating countries. Traditionally, the winning country is invited to host the next running of the event.

The Eurovision Song Contest is the world’s biggest non-sporting live TV event and a strong household name among hundreds of millions of people in Europe. Every year, 100 to 125 million people in over 45 countries watch the televised competition.

Famous former participants include Julio Iglesias, Olivia Newton-John, Céline Dion, ABBA, Johnny Logan, Alla Pugacheva, Patricia Kaas and the group Blue. The contest also saw the birth of Riverdance, which started as interval act at the 1994 Eurovision Song Contest, then took the world by storm, and became one of the most successful dance shows in history. 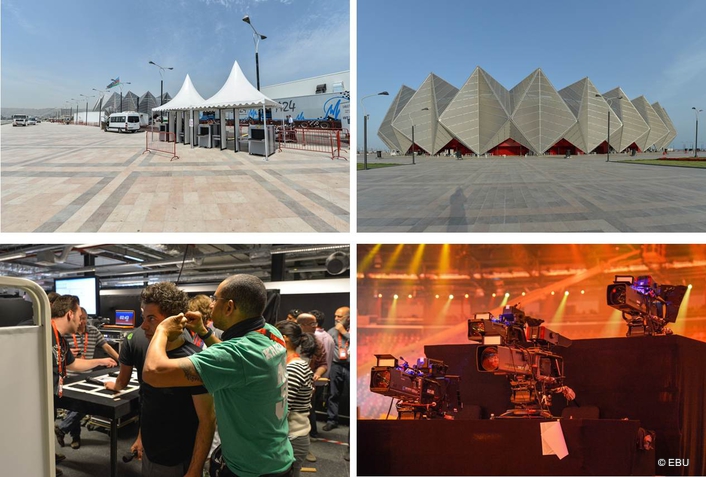 Hosting Europe’s favourite TV show is a great opportunity for the people of Azerbaijan to get to know Europe better. Maybe even more valuable is the opportunity for the rest of Europe to get to know Azerbaijan. Millions will do so as they tune in for the two Semi-Finals (22nd and 24th May) and the Final 826th May) of this year’s Eurovision Song Contest, as well as through a world wide  coverage of this event.