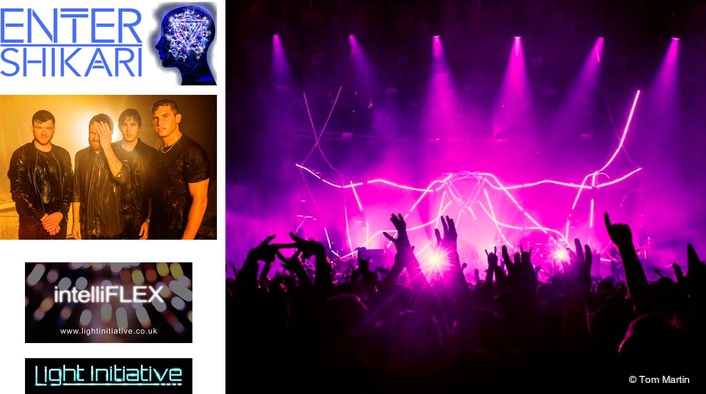 Playing on the neural 'Mindsweep' theme, Bewley commissioned the stunning 'thought process' set piece from the Light Initiative team, who decided their pioneering IntelliFlex system was the best placed product to suit the versatility of Bewley's brief.

"Intelliflex has been performing perfectly despite the demanding outdoor conditions and being constantly transported around. It's a fantastically robust system," says Bewley.

During the tour, six metre lengths of Light Initiative's Intelliflex strip doubled up to 12 metres were weaved around the stage and up into the roof of each venue, with a horseshoe-shaped metal framework holding up the 'neural pathways'.

Bewley has adapted this set up for the run of festival shows that kicked off at heavy metal extravaganza Download in Donnington Park, creating a double tier of the horseshoe frame so that half could fly up into the roof during the day and half could roll on from behind. 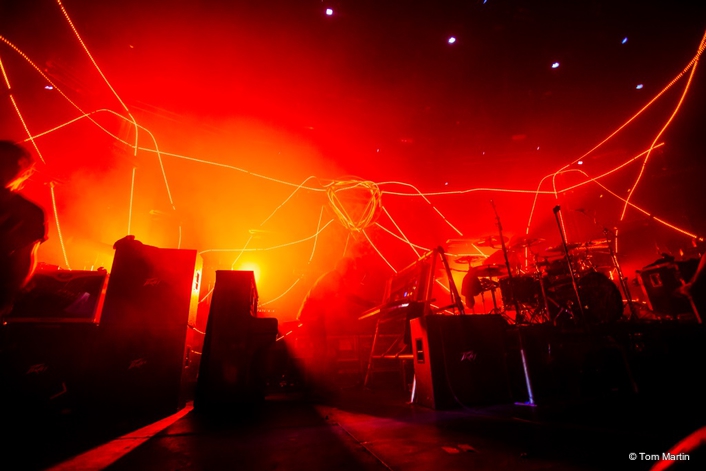 "The rig for Download was an extension of what we had originally, making it much bigger than the standard floor package festival show," explains Bewley. "We also doubled up on the amount of Light Initiative Intelliflex to cover all the frames, ending up with around 400 metres of the product. Of course, it hasn't been the same for each festival show as each venue has varied in size but the Light Initiative rig has been brilliantly adaptable each time.

"What also clinched IntelliFlex for us from the beginning was the ability to video-map it, as we could create content that evoked a neural pulse. It's been fantastic to see my idea realised so well."

Ben Sheppee at Light Rhythm Visuals created the beat-perfect vibrant content that pulsed through the Intelliflex set. "Ben rose to the challenge and created some amazing effects," continues Bewley, who programmed a GrandMA2 Lite to trigger a HippoPortamus media server to deliver the content via Light Initiative's LED control.

"IntelliFlex really was the ideal solution to what we wanted to do for both the album campaign tour and the current festival shows. Not only because it looks superb but also the service we received from Light Initiative has been consistently great," Bewley continues.  "We really appreciate all their help in making this such a successful tour and festival run."

Bryn Williams, founder and MD of Light Initiative comments: "Steve's incredible design really pushed the boundaries of what's possible and broke new ground within the LED world. To deliver on vision and on budget we designed and manufactured a bespoke touring rig that was also adaptable to festivals. We are very proud to be a small part of these amazing live shows."