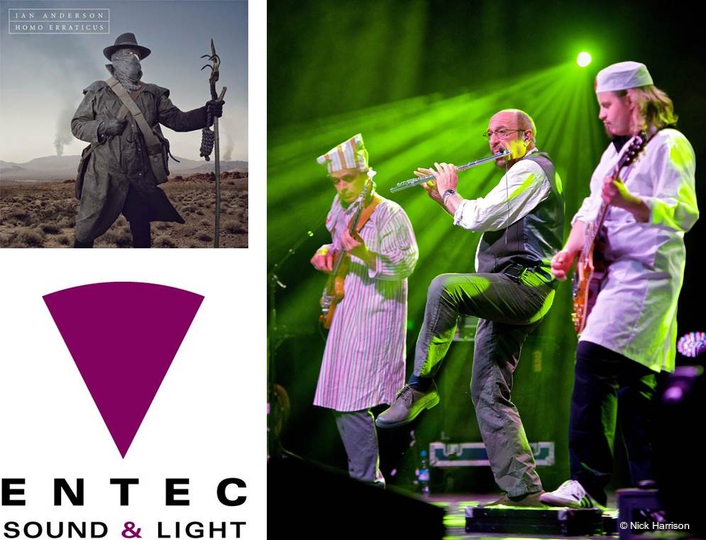 It is Lighting Designer Mark Wheatley’s first full blown tour with Entec. The west London based rental specialist did supply extras for some shows on last year’s ‘Thick As A Brick’ tour and after that Wheatley was really keen to work with them again!

“Working with Entec is a brilliant experience – they have a great attitude towards work and people, the kit is excellent and I am very happy to use Entec any time”.

The show is divided into two halves. The first is a performance of ‘Homo Erraticus’ in its entirety, and the second is a selection of greatest hits from the Jethro Tull era … so two completely different approaches are needed to lighting the show.

Also there is video running throughout most of the performance so there is a large white projection screen upstage to contend with and that has to be ‘lit around’!

Anderson has some very clear ideas of what he wants to see, and relies on Wheatley to come up with the best and most creative solutions of making these happen onstage.

The artist is also not keen on haze, so with that parameter in mind and the projection … The choice of fixtures becomes crucial.

He chose Robe LEDWash 600s for his main wash lights because they produce “Nice beams with lots of punch”.  He uses them to create pseudo-ACL looks that really suit a lot of the music. He also likes the colour correction of the LEDWashes which is great for “getting old-skool looks when you need them!”

There are 18 x LEDWash 600s in total, eight on the back truss, four on the mid and front trusses and two upstage on the floor.

The back truss also features six Clay Paky Sharpies – which are ideal for punching through in front of the projection screen and there are six Martin MAC 700 Spot moving lights plus two on the mid truss, two on the front, and two on the floor – one on an 8ft high vertical truss tower and the other on the top of a flight case – for height differential. Additionally there were two Sharpies on the floor.

The front truss wash lighting is augmented with six Vari*Lite V*L 2000 Washes, with another two downstage left and right on the floor for low level front cross lighting – which are very effective.

Anderson decided there should be no follow spots on the tour, which helps with the video cutting through … and also means that he has to be a little more choreographed and stand on his marks at the appropriate moments as his fans are all keen to see him!

The whole rig is asymmetrical which brings a fresh dynamic into play with everything at odd and quirky heights and angles.

Wheatley is using a ChamSys MQ100 console to control everything and his crew are Entec’s Sudip Shrestha and Steven ‘Sven’ Jolly, whom he describes as “Absolutely top guys”.

Audio
Entec’s James (Kedge) Kerridge is Systems Tech and makes sure that FOH engineer Mikey Downs and Monitor Engineer Emanuele Giovagnoli are happy with the sound every day and that the d&b V-Series PA is fine tuned to perfection for each venue. 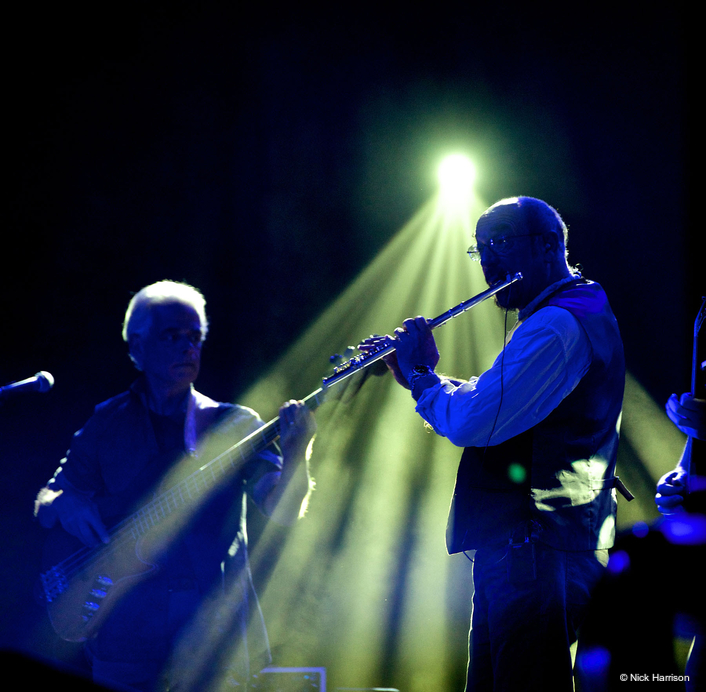 The left and right flown hangs are comprised of six d&b V8s and two d&b V12s with three V-SUBS ground stacked per side. For fills they are using four Q10s across the front and are also carrying four Q7s for use as and when needed. These are all driven by d&b D12 amplifiers and processed via a Dolby Lake LP8D8 device.

The venues are primarily theatres and some concert halls, all of varying sizes and one of the challenges, especially in the older theatres can be getting the sound image up high to reach the backs of the upper balconies.

Both engineers are using their own consoles on the road which are Behringer X32s, and Entec is providing a full mics-and-stands package and one d&b M6 wedge for Anderson. The other five in the band are on IEMs which they own.

From Entec it is a relatively straightforward audio set up which has to sound fantastically detailed and clear every night.