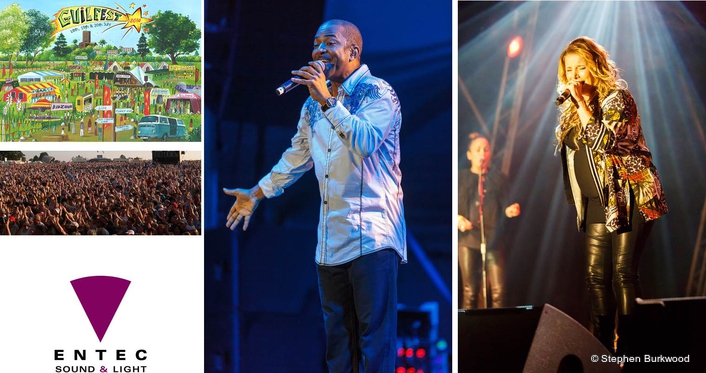 The event is renowned for its eclectic line ups and friendly, family orientated atmosphere … and superlative audio, which has been supplied by Entec since 2006!

Magic comments, “It is always a pleasure to work at Guilfest and we did miss it last year when there was a short break. The atmosphere is fantastic and everyone really pulls together to make it one of the nicest festivals on which we work”.

The d&b system design utilised by Entec is based on a concept developed by sound engineer Liam Halpin which has been hugely successful for producing the ultimate listening experience for festival goers … as well as containing the noise levels, as the site is not only amidst a major residential area, but this is also in the leafy green Surrey heartlands, where music festivals are more of an anomaly than remoter locations! 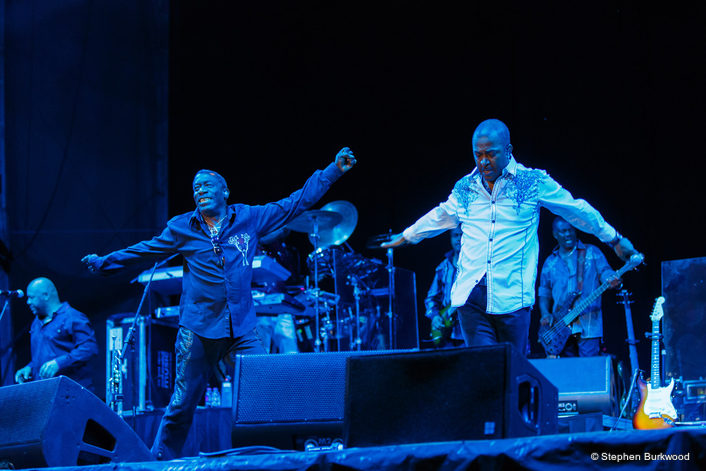 Entec again utilised all d&b products, with a distributed sub array run in a cardioid configuration to minimize the off-site noise, but still provide a real punch to the system which kept all the bands on site happy.

The main left and right PA hangs featured 9 d&b J8 large format line array speakers and the distributed bass array across the front of the stage comprised 6 stacks of subs - two 3-way stacks of B2 and four 2-way stacks of the J-SUBS.

The system EQ was taken care of by one of Entec’s drive racks containing Lake LM44s for the matrixing, with EQ all controlled wirelessly via a tablet computer. Using Pro-Box AES and Redbox AES distribution offered the flexibility to supply multiple signal streams to many locations all within the digital domain.

This year a full flip-flop system - featuring two Avid Profile consoles - was utilized to optimize the time allowed for ultra-quick changeovers, while giving visiting engineers plenty of time to set up between bands. About half of the bands playing brought their own engineers, and those who didn’t were mixed by the Entec engineers.

A Midas PRO1 was used as the house desk, for mixing the compere and switching between the two Avid Profile FOH Consoles.

A  Neutral Audio DREi Pro Audio system was used across the whole PA for streamlining the sound, which was well received by many of the engineers resulting in lots of positive comments.

At the stage end, Entec provided two Yamaha PM5Ds for monitor consoles which were also run in flip-flop style, again to offer engineers plenty of time and a stress-free window in which to prepare for their artist.

Onstage d&b M2 wedges provided the monitoring – which are small and unobtrusive as well as sounding extremely smooth - and these were augmented with some V-Series side fills and C7-Sub drum subs.

Eight channels of Shure PSM 900 and 8 channels of PSM1000 IEMs were available to cater for band’s individual IEM requirements.

All of the d&b D12 amplifiers were driven digitally from the desks which made them really ‘come alive’ observes Magic.

The instrument mics were a mix of the standard Shure, Sennheiser and Evolutions etc. and vocals were all handled by SM58’s, with some requests for Sennheiser e945’s, with everything supplied from Entec’s own stock. 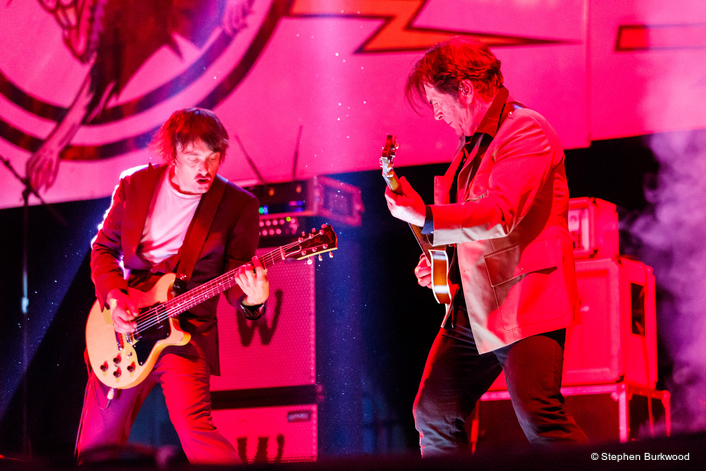 The biggest challenge of the weekend was managing the radio frequencies.

With the Guildford Transmitter being in close proximity and the site and also falling into the coverage catchment area of Crystal Palace, the RF spectrum is very busy.

Entec also ensured that all of the other stages could function RF wise while everyone has everything turned on, so the ideal target was to get upwards of 30 channels working simultaneously, and accommodate those turning up with extras.

It can be a little fun at times but we didn’t experienced any issues, and with careful planning  the show again went off very smoothly” concluded Magic.

Magic multiplexed, working as Crew Chief as well as Patch and RF Tech and was joined by one of Entec’s highly talented teams : George Breaker who co-ordinated everything at FOH and mixed multiple bands; Ian White who looked after everyone’s monitor needs and also engineered as required; James ‘Kedge’ Kerridge the systems tech who fine-tuned everything to perfection and stage techs Luca Stefani and Stuart Filbey.