West London based rental company Entec continued their working relationship with darlings of the uniquely alternative UK ‘musique noir’ and trip hop Portishead, a band who have consistently produced interesting, different and intriguing music and performance, retaining a sense of mystique, cleverly balancing their popularity as live artists with critical acclaim.

This summer Entec supplied a floor specials, control and WYSIWYG package to Portishead’s three latest high profile shows at Montreux Jazz, Benicassim in Spain and Latitude festival in the UK along with a surprise bijou show at Cardiff University. 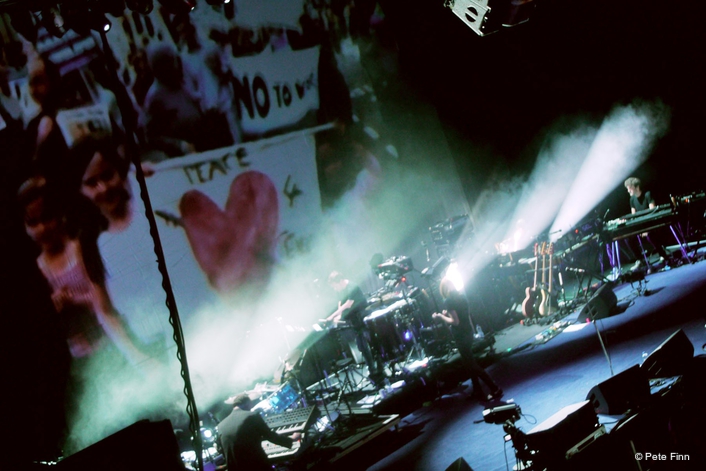 The whole rig was a really tight design based around the innovative cinematographic work of video director John Minton. The band like it dark, stark and contrasty, a lighting aesthetic ideally suited to the overall look and feel they wanted to evoke, and the rig was also designed to be as simple and practical as possible.

Many of the specific video treatments were produced using feedback and luma key effects for which the light needed to be just right.

Six washes and six spot luminaires on the deck formed the core of the touring lighting rig, with a first choice being Martin MAC Vipers and Robe LEDWash 600s - all easily integratable into the overhead lighting packages provided by the venue, for which 16 spot and 16 wash moving lights were requested. 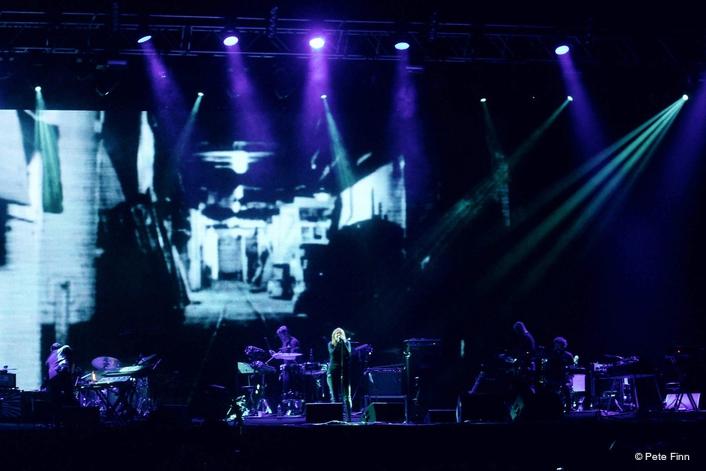 Entec further provided 12 x 650 Watt fresnels and a miscellany of grip accessories, magic arms, stands, clamps, etc. that could be assembled around the band’s backline, fitting in virtually anywhere. These provided excellent key lighting for the various cameras, so whatever the angle, there was a good – or an idiosyncratic - image onscreen.

There was a large upstage LED screen and John utilised 10 cameras in his mix, a combination of fully operated, robo-cams and mini-cams, all fed into two big black boxes … out of which he produced his wizardry!

There were also a number of quirky gizmos like mirrors attached to speakers connected to bass pedals, etc., dotted around, all bringing the stage action really alive onscreen and across to the audience. Everyone could literally feel the movement – almost breathing - from the instruments and music. 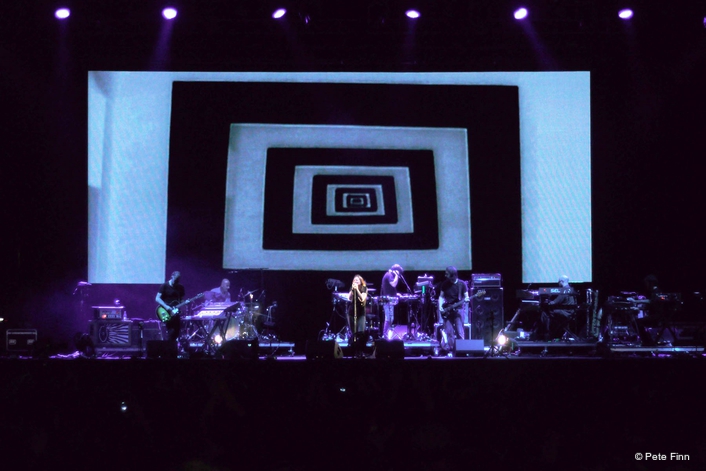 Niall toured a grandMA2 light console for control with a Wing for backup, also supplied by Entec. The handy size of the Wing meant he could use it for focusing onstage at the festivals.

Niall has been working with Entec for around 15 years as a freelance and now as a client and comments, “It’s an absolutely wonderful, very friendly and efficient company. The service is excellent – nothing is too much trouble and it doesn’t matter what size of rig you’re taking out, everyone enjoys the same impressive standards”.

He observes that as Entec also enjoys a good relationship with other hire companies, cross renting items as needed is rarely a problem.
“They are always there for you and the whole team really cares about every aspect of a project with which they are involved”.

Entec Project Manager Noreen O’Riordan says, “It really is a pleasure to work with all involved in Portishead including production manager Mick Brown. They are a tightknit team of creative professionals who have a lot of fun along the way, and we look forward to working with them all again soon”.