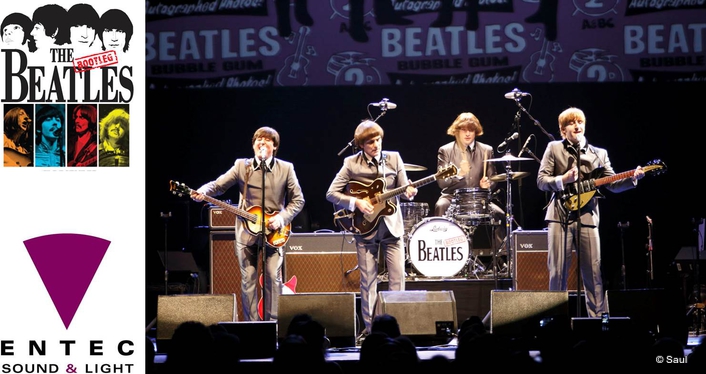 West London based rental company Entec’s lighting division once again renewed its great working relationship with the Bootleg Beatles, arguably one of the most successful and ‘authentic’ tribute bands in the world … with over 4,000 shows worldwide under their belts since their formation in 1980 - significantly more than the real Beatles!

Entec have been supplying lighting kit and crew to The Bootlegs since 1996, so it’s a seriously long term client. Lighting is designed by Brendan Albrey, who has been onboard since 2012, bringing a fresh and vibrant style and some different aesthetics to their stage show … whilst preserving those classic Beatlesque moments.

The most recent tour featured a high profile show at London’s Royal Albert Hall for which the touring rig was boosted with additional lighting production from Entec. 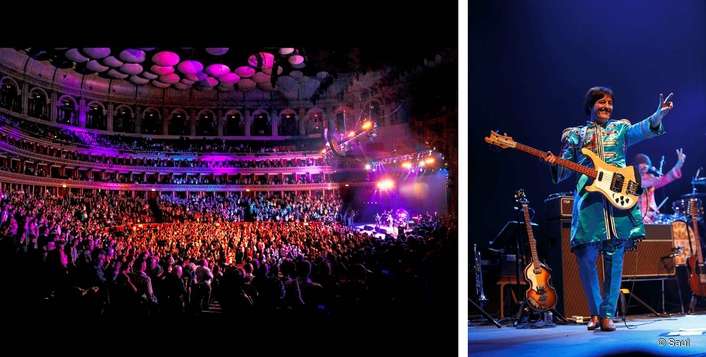 The touring rig on their previous tour in December was also upgraded with 19 x Clay Paky Alpha Spot 800 QWOs – six on the floor - 12 x Sharpy Washes and six Vari*Lite V*L1000s. The new design for this leg featured a front and back truss with diagonal ‘spreader’ trusses to extend the wings either side of the stage, immediately adding a greater depth to the performance space.

“We wanted to introduce more dynamics and give the stage a distinctive ‘concert hall’ feel,” explains Albery.

The design also utilized 12 x Sunstrips rigged on the wings, floor, front and back trusses – all of them facing the audience and running a variety of FX, and Entec’s Peter “Pepper” Schofield came up with a tourable rigging system for all the trussing elements, to ensure that it went up quickly and smoothly each day.

Entec’s crew for on the road were Pepper and Damian Courage.

The upstage projection screen also brought narrative, pictorial and ambient visual content to the mix, all enhancing the performance.

For the Royal Albert Hall gig, Entec added a mid truss and some additional lights. 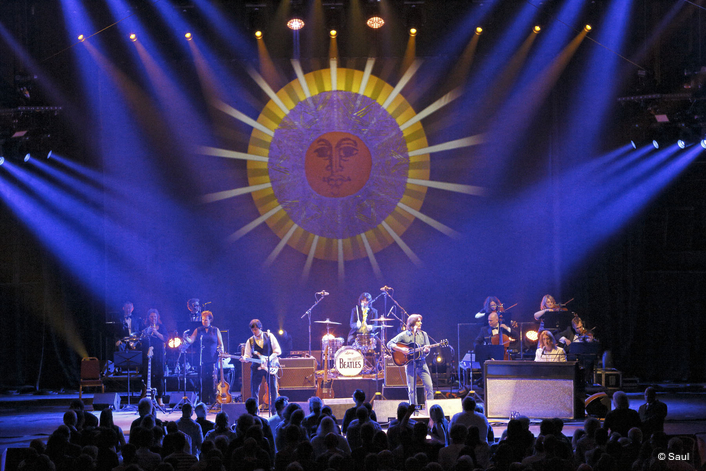 Also added were six SGM XC-5 LED strobes, which Albrey describes as “Brilliant”. The same V*L 1000s remained on the front truss to provide nice tungsten key lighting,  and the Sunstrips on all trusses remained from the tour.

Six Robe LEDWash 600s were used to strengthen the  low-level wash capabilities from the sides, together with six Clay Paky A.LEDA B-Eye K20 LED washes in the air beaming down on the band and the stage helping to create a combination of kaleidoscopic colours and patterns.

He programmed and ran the show from a grandMA2 light console, and Entec’s crew were Pepper again, together with Sudip Shrestha. 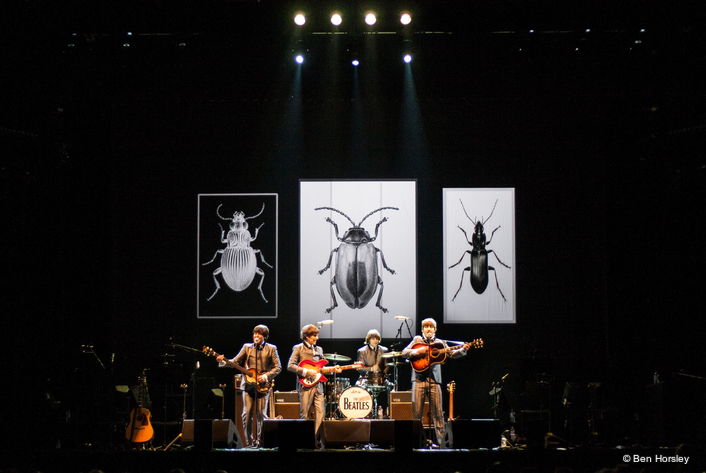 Brendan comments, “I always really enjoy working with Entec – nothing is ever too much to ask, there are never any problems and the service is always with a smile!”

Creatively, the show offers a great opportunity for experimentation with different styles and approaches to lighting, and whilst the technology available in the Beatles’ day was not even a remote resemblance to now … Albrey finds there is plenty of room to come up with a combination of classic and modern looks.

The set is divided into four sections starting with the Hard Day’s night album era, which is lit with a lot of neutral ‘colours’ and has a monochromatic feel with multiple variations in colour temperatures. 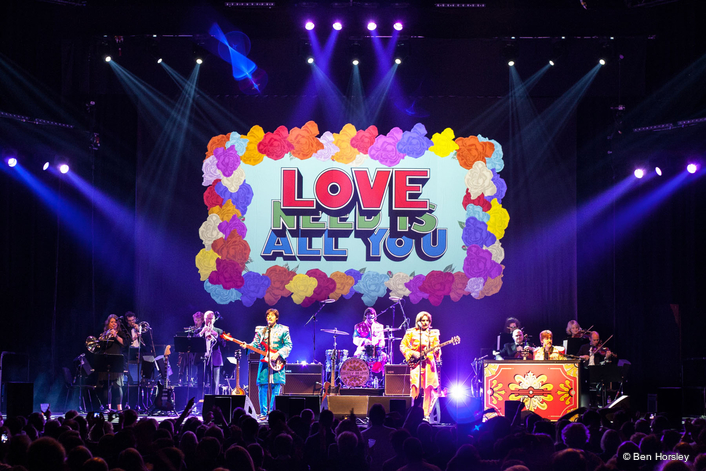 Spectral colour is introduced for the first time in the Shea Stadium part of the set. One of the most famous concerts of all time, it was staged in the Brooklyn venue on 15th August 1965 and attended by 55,000 fans at the height of Beatlemania – with the screaming seriously louder than what they had as a PA!

That morphs into the Sergeant Pepper section, which explodes with colour, movement, trippy gobos and psychedelic mayhem capturing the experimental chemistry and ad hoc ag-it-prop politics of the day.

The final era is the critically acclaimed and seminal White Album, where the lighting expression slides into big rock looks and beaminess ACL-style with the Sharpy washes.

“It’s a hugely fun and dynamic show to light, with lots of scope and the challenge of also mimicking retro lighting,” he concludes.