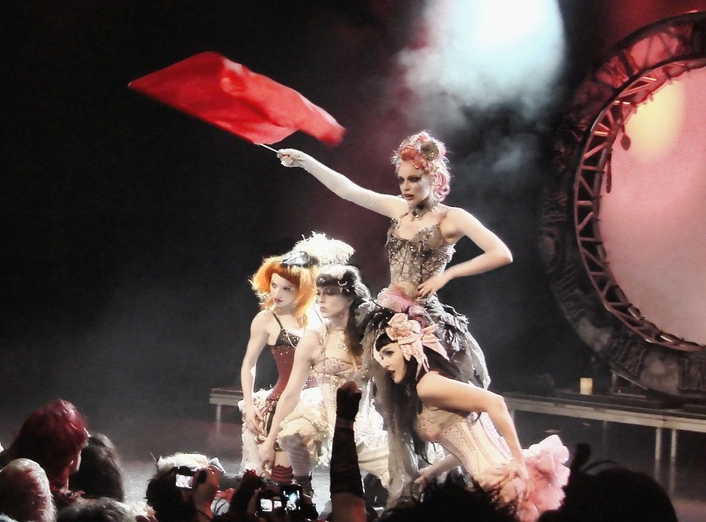 Emilie Autumn is touring in support of her new album, Fight Like A Girl, with the DPA 4088 accompanying her all the way
Theatrical performer and musician Emilie Autumn, backed by her all-female band the Bloody Crumpets, doesn’t stinton the entertainment. Apart from singing, violin-playing and vaudevillianchit-chat between performers, Autumn’s act includes aerial flying, burlesque fan dancing, stilt-walking, fire eating and multiple costume changes. She finds the only headworn mic to keep pace with her flamboyant performances is the DPA4088 cardioid headset.

“I've been using the DPA 4088F in all of my shows, which are a unique blend of rock and theatre, making them a severe challenge to mic properly,” explain Autumn. “The theatre side demands that we use headsets and that the mics are as invisible as possible, but the rock side demands that we are all able to sing, scream, and generally go nuts every night, with over two hours of intense vocals. I'm also playing wireless electric violin as I'm singing and running all over the stage, something that would be impossible with a hand-held or a bulkier head-worn mic. 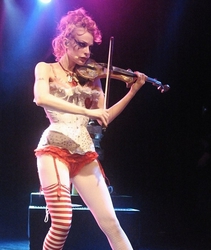 “My sound engineer Tim Bolish and I have been testing different headset mics over the past few years, taking them on international tours only to find that, when under the gun, they had distortion or other issues, were too heavy or uncomfortable for the artists to move freely in, were too visible, or simply didn't sound as good as we needed them to. The DPA 4088 is the only headset mic that's been able to stand up to all our requirements beautifully. Since we've been using them our stage antics have gotten even crazier, so I'm a bit worried about what trouble our new-found freedom will get us into...”

Adds Bolish, "Emilie's live show is a very unique experience, for both myself at front of house, and for her fans. Since it is essentially a blend of rock show and theatre, having great sounding audio and striking visuals is equally important. Thanks to the 4088 I'm able to get the vocals to sound clear and natural without having a bulky mic covering up the performers’ faces. Emilie and her band of four girls love them because they are comfortable to wear, and don't interfere with their performance in any way. The only downside of using DPA mics is that the girls often forget they are even wearing them, so I've got to make sure they've given the mics back at the end of the show!"