Elite Multimedia Productions jumps in the ring with Impact Wrestling 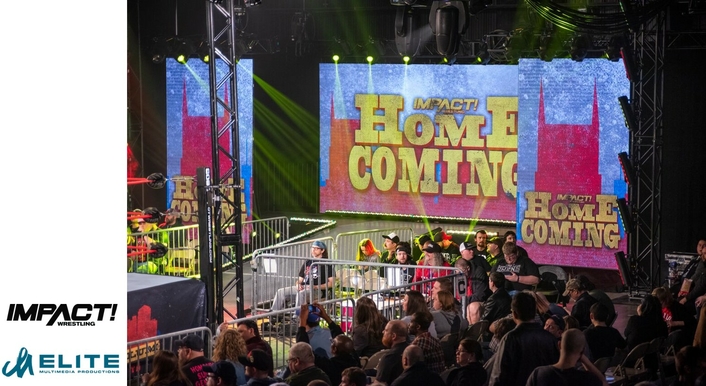 Atlas Productions works with the Nashville-based production provider to create a powerful yet practical audio, LED, video and lighting design at The Nashville Fairgrounds Sports Arena

Featuring captivating characters and adrenaline-pumping action, Impact Wrestling is a 2-hour weekly television production touring to packed houses across North America. In an environment where the action takes place both in and out of the ring, the production team must be able to create an expansive design in a number of different performance venues. As the tour made its way to Tennessee, the designers at Atlas Productions needed to quickly adapt to the capabilities of the Sports Arena at The Fairgrounds Nashville, so they worked with Elite Multimedia Productions who provided a full audio, LED, video and lighting design.

“We’ve been on board with Impact Wrestling for about the last year or so, and originally, they were filming all of their content at Universal Studios in Orlando,” began Dan Rehel, President, Atlas Productions. “As they started touring all around North America, they wouldn’t be travelling with any equipment, so we need to supplement a full production package for our general show look each night. Since each venue is different, it can be a bit of a challenge, and when it came time for the Nashville show, the venue itself had a challenging ceiling height where we couldn’t do our normal set-up.” 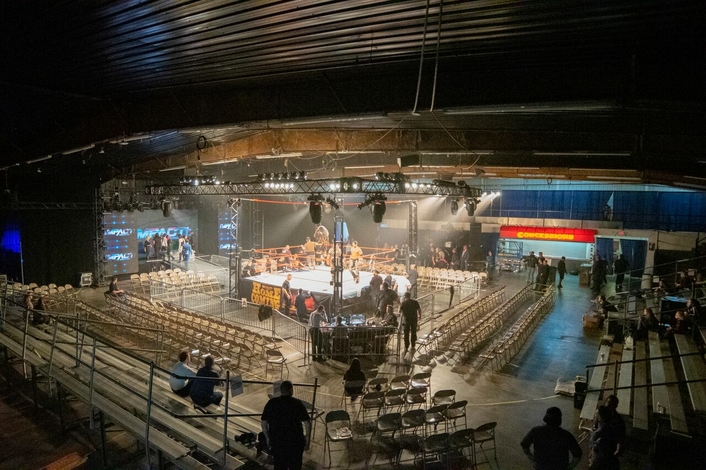 As he prepared for the tour stop at the Sports Arena inside The Fairgrounds Nashville, Rehel knew that he would have to augment just about every aspect of the production design. Needing a partner who knew how to quickly overcome its challenges, he approached the team at Elite Multimedia Productions for his onsite production support. 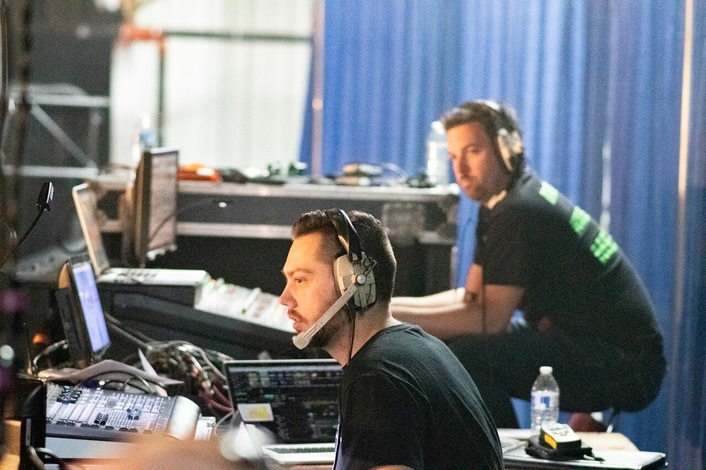 “The rigging abilities and positions were very limited making the ring side area that we normally create for the performance space a bit smaller than usual,” continued Rehel. “Additionally, in the area where the Wrestlers enter, the ceiling actually sloped downwards, so we had even less room there as well. It was great to be able to work closely with the design team at Elite Multimedia Productions who were familiar with the venue, and who were able to help us fit within the design parameters of the building.”

First turning his attention to the LED video portion of the design, the adjusted positions of the video screens would still have to display the original content within the same format. Knowing they would not be able to use their standard layout and video structure, Rehel worked with Elite Multimedia to create an entirely new design for use any time they face the same challenge in the future.

“At the Wrestler entrance location, we have video content, which is designed in a specific format and layout, so we needed to maintain the same video screen ratios that we normally create,” explained Rehel. “Typically, we would have one structure integrated with three video screens, trussing and lighting, but this time, we created an entrance that had one larger screen towards the back and then two sides screens moved towards the front of the entrance. While it was different, it worked out so well that it has become our standard low-ceiling design for any venue where it might be needed.” 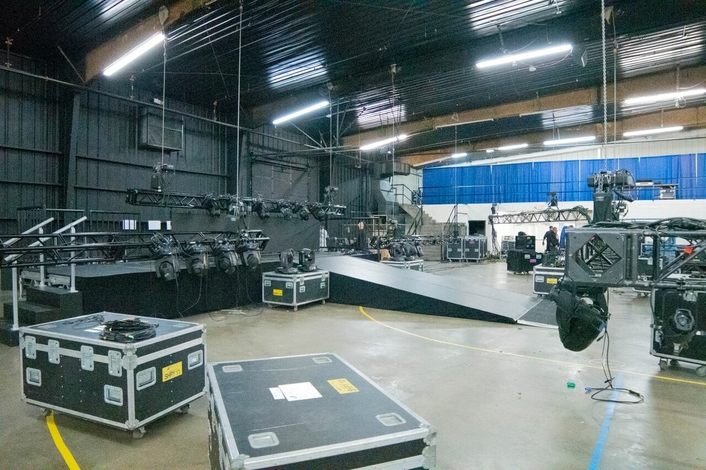 Now ready for the lighting elements that would heighten the fan experience, the Impact Wrestling production calls for a powerful yet practical design. Tasked to both excite the crowds while also effectively illuminating the action for those inside the Sports Arena and watching at home, Rehel relied upon the expertise of Elite Multimedia to help bring it all together. 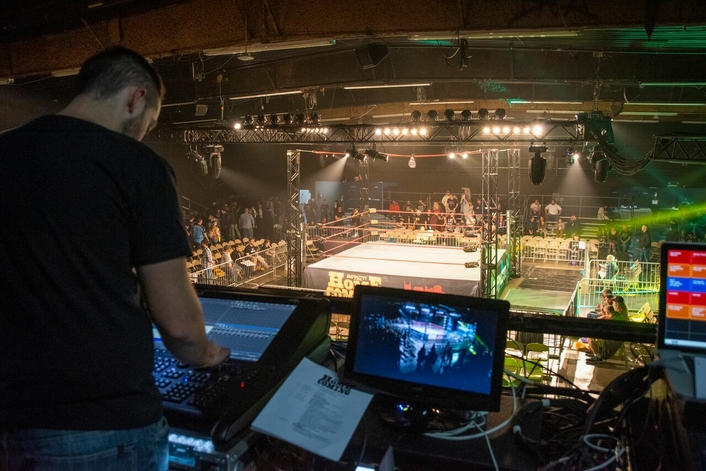 “For the lighting, we would normally create a 40x40-foot box above the ring, but in this design, we needed to scale it to a 32x32-foot box to accommodate the rigging points,” added Rehel. “We then also have automated and LED lighting fixtures on the entrance structure now broken into three separate lighting areas. The team at Elite Multimedia Productions really did a great job of helping us figure out where the power would come from and how everything would look on the front end for both the live fan experience and the television cameras.” 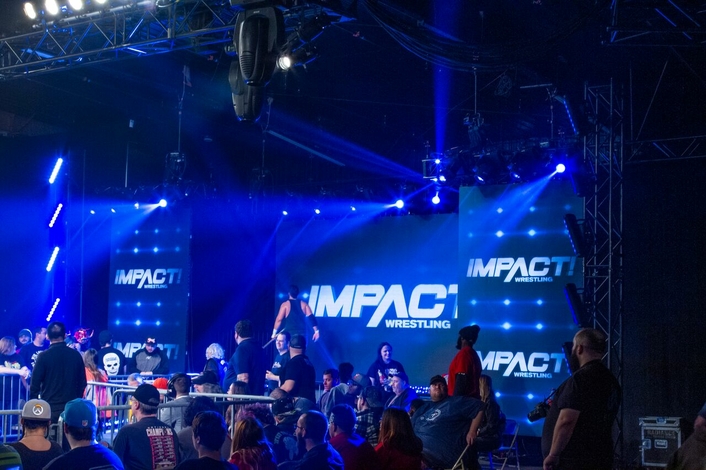 With the show day quickly approaching, there is really no extra time for the team behind the scenes to have all the production gear in place before the Wrestlers and TV crew arrive. Wanting to give the fans the best possible show experience they can, Rehel challenges the production team to make each night, a night to remember. 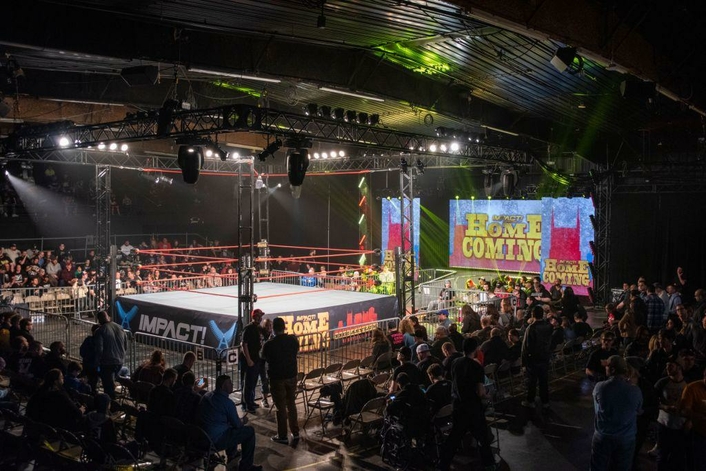 “While each load-in is really of venue specific, we ideally load-in the day prior to show day to get all of the production gear set-up and ready to go,” explained Rehel. “We have to do rigging, video, lighting, audio and staging, as well as finish any last-minute details that need to be completed before the television trucks arrive the next morning. At show time, we are looking to create as much excitement as possible to get the fans pumped up and ready to be as loud and energetic as they can. From the time the doors open, it is our job to get the fans ready, and to convey a sense that something truly exciting is about to happen.” 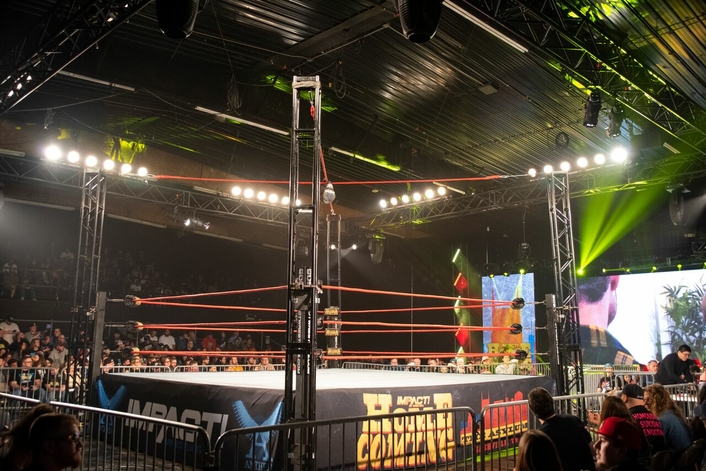 Traveling across North America, Rehel has had the opportunity to work with a number of different production partners. Looking back on the tour stop in Nashville, he is quick to admit that through their design capabilities and expertise, Elite Multimedia Productions walked away as the true champion of the night.

“The nice thing about Elite Multimedia Productions is that they are experts in the production field and are very easy to work with,” concluded Rehel. “Anytime we might have encountered a stumbling block, they were able to identify it right away and work with us to find a solution. They’re also a true one-stop shop, so you don’t have to deal with a number of different companies to get your lighting, audio, video or rigging support, and from a production management standpoint, that is an invaluable, time-saving asset.”

Based in Nashville, Tennessee, Elite Multimedia Productions is a one-stop shop for all things entertainment, specializing in concert touring, live event production and production gear rental. Offering full-service audio/visual production, video production, and live event lighting and LED, they provide the most comprehensive production support and services at the highest quality to clients across the world. No matter the size of the event, their passion for helping create unforgettable experiences is what sets them apart. With a combined 85 years of industry experience, their team of dedicated professionals knows how to pair the right technology with your vision, and their passion to innovate knows no bounds. 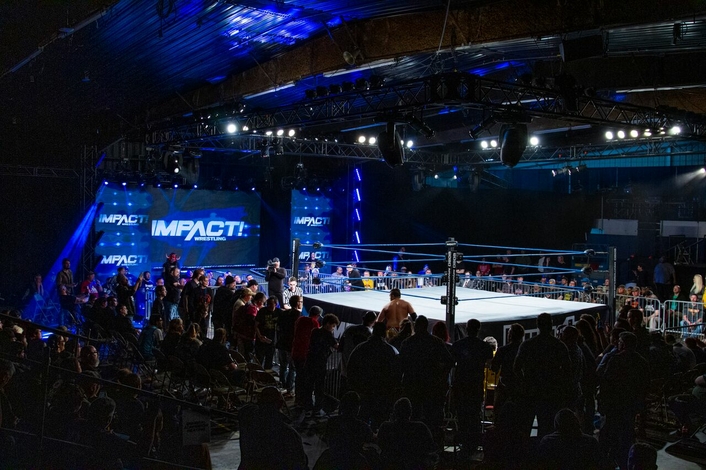