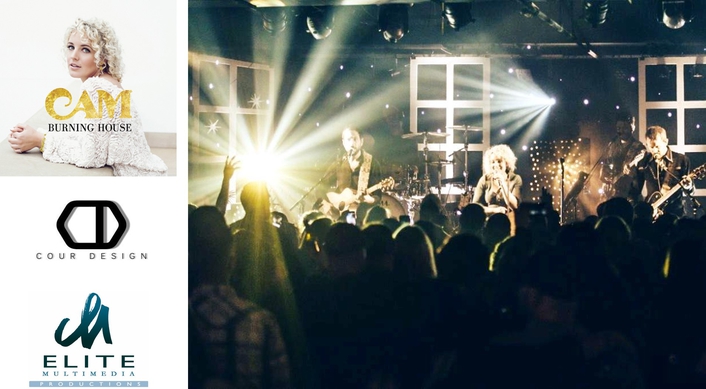 Embarking on her first headlining tour, Grammy, ACM and CMA Award nominee CAM is quickly becoming one of country music’s hottest young stars today. With her Platinum-certified hit “’Burning House” and her first major label album release, the Huntington Beach native is proving to have her own unique style that her production team wanted to showcase on her inaugural tour. Needing a design that would provide this atmosphere of creativity, with the ability to be managed by a small crew, the artist’s management turned to Cour Design who oversaw the complete production design using lighting gear and support from Nashville-based tour provider Elite Multimedia.

“At Cour Design, my partner Erik Anderson and I have previously worked with CAM tour manager Nick Hardy, so when they were getting ready to go out, he gave us a call to help,” began Droitcour. “Since this would be their first headlining club run, and since they would be travelling without a dedicated lighting team, they needed something that would look good aesthetically in the various venues, but that would also be possible for the 3-person road crew to load-in and out each night. They really wanted a visually engaging experience with beautiful imagery, so we created three main design elements that included the cartoon-inspired set, the starry night LED back drop, and then the lighting that would be used in various ways to tie the whole design together.” 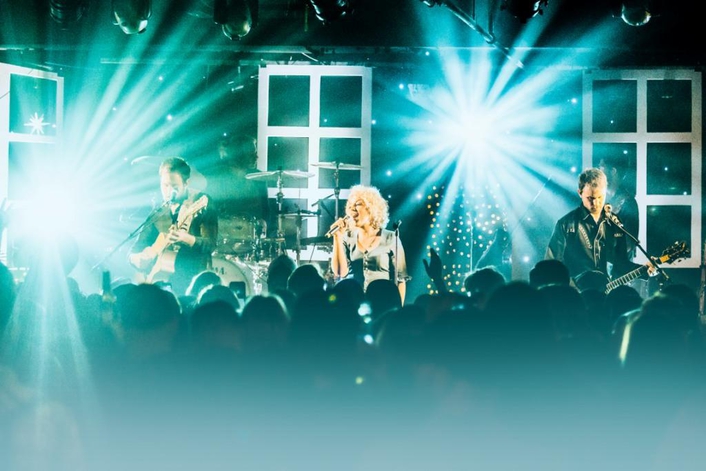 Getting started on the production design, Droitcour and Anderson wanted to create a fully integrated lighting design with a few surprises as well. The system needed instruments that were reliable with a multitude of capabilities, but they had to operate on a budget. Knowing they had a tour provider who was dedicated to supporting even the newest of tours, they called upon Elite Multimedia to who provided them with the lighting package needed.

Droitcour continued, “To immerse the band and audience in light without having to hang any fixtures, we created a series of blocks on stage at varying heights that would allow us to get the MAC 700 profile fixtures in the air. These are great for a band like CAM because they have a lot of capabilities with a bright output. Additionally, we created a deeper layer of lighting by cutting holes in the boxes and placing Mac Aura’s on the inside. These give us a powerful starburst effect that works beautifully with the LED star drop hanging behind the band.  Lastly, we have PAR Hex 7 fixtures and Wildfire 401 floodlights that we use for black light effects with the windows on set. The whole system is pretty self-contained, running on only four circuits, and Elite Multimedia was great at working with us to find the best gear for the design.”

With the design elements in place, Droitcour and Anderson began the programming phase of the production design. Using the Cour Design system for self-triggering lighting effects, the tour would soon be ready to hit the road and the equipment chosen had to be ready to go as well. 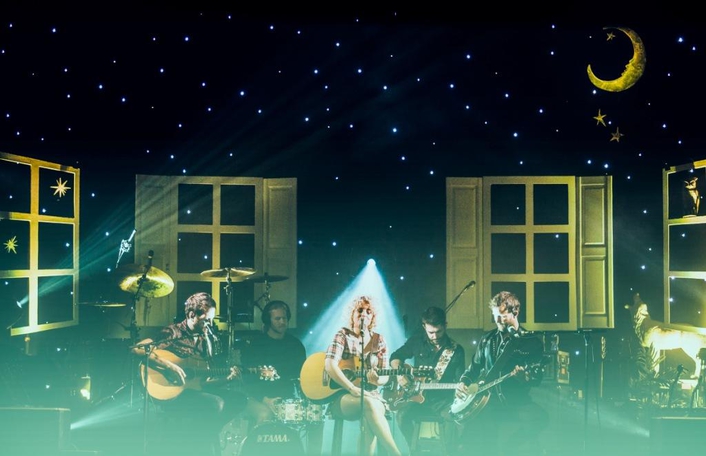 “We spent 3-4 days during rehearsal programming the lighting triggers to the backing tracks using the MIDI data and then labeling each cable with a number and color so that any one of the crew members can set it up or tear it down,” explained Droitcour. “With a small crew, the production equipment had to be reliable out on the road simply because there is no time or budget allocated for a lot of repair and maintenance, which is another reason we enjoy working with Elite Multimedia. Their gear works.”

Now complete, the CAM tour is currently travelling across the United States playing to packed houses night-after-night. Supported by tour manager Nick Hardy, production manager Aaron Mohler and monitor engineer Rachel Aull, the tour design creates an atmosphere all its own which is ideal for fans who may be seeing the artist live for the first time.

“When most people go to a country show, they assume it’s going to be an all-country show, but today’s county is also pop and there is a lot of cross-over,” concluded Droitcour. “With CAM she puts on a very fun show with a lot of visual production that can take you away from what you think you know about country music. She sort of stretches the limits of what some might consider a typical country show and with all the lighting elements provided by Elite Multimedia working in unison with the full production design, we’ve really created a unique tour that will be a special evening for all her fans.” 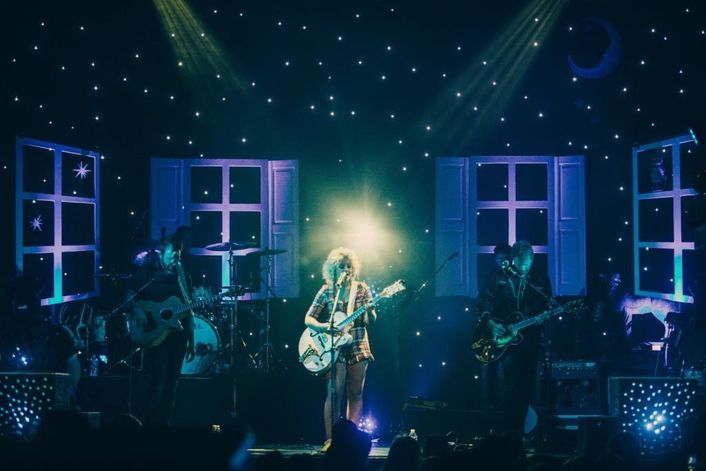 Elite Multimedia is a privately-owned, leading supplier of the most up-to-date audio, video and lighting technologies today. With a combined 85 years of industry experience, our team of dedicated professionals knows how to pair the right technology with your vision whether partnering with you in a rental, systems installation, or sales relationship. Through an unconditional desire to make your production or project a complete success, our passion and knowledge to innovate knows no bounds.