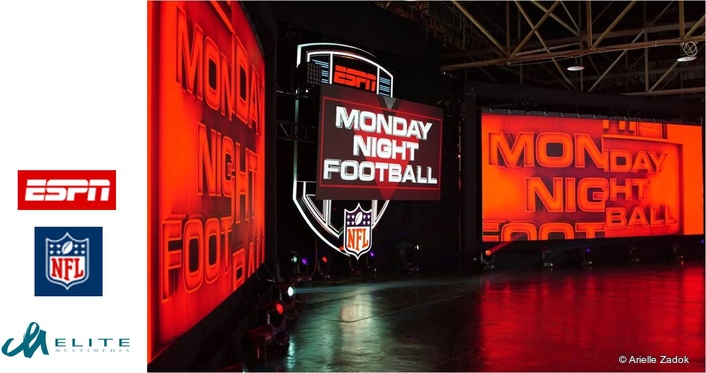 In the world of sports entertainment, there are few productions as iconic as Monday Night Football.  Broadcast weekly on ESPN during the NFL season to viewers around the world, the televised intro must bring fans into the game with a sense of excitement and anticipation. Wanting to create a unique on-air experience for the latest intro that could combine both the on-field action and in-studio energy, longtime partner HABANA Avenue designed a cutting-edge environment with LED video and lighting supplied by Elite Multimedia.

“We have been working with the ESPN Monday Night Football team since 2006 and when speaking about the design for the on-air intro, it always goes back to the brand,” began Steven J. Levy, HABANA Avenue’s Managing Director and Founder. “One of the biggest challenges is that the video footage itself is the product, and we need to find a way to get from something not in camera, to something that is in camera. This year, our design goal was to use the LED video to get the viewer into the game without leaving the highly-integrated, in-studio production environment, and it turned out great.” 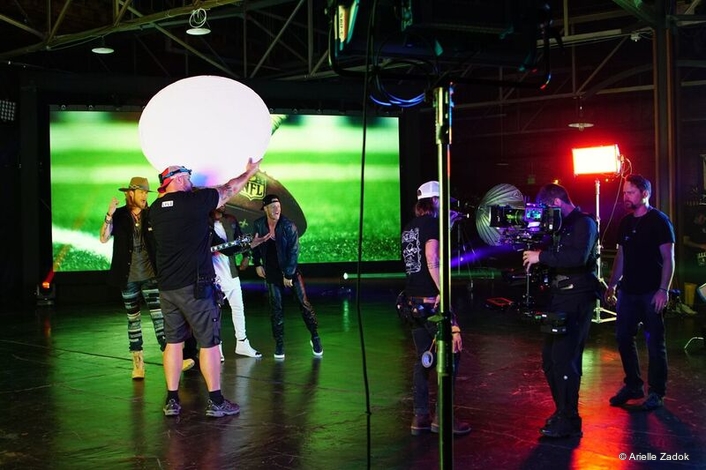 With the design concept in place, Levy began looking at how to physically create the production inside the Nashville studio space. Wanting a specific on-camera look for the LED video walls, he would rely on the engineering capabilities of the team at Elite Multimedia to make the system float.

“The building itself worked well for all our production elements except for ceiling load,” continued Levy. “From a technical standpoint, we knew it would be a challenge because we wanted the screens to float. The guys at Elite Multimedia were really unbelievable in terms of their engineering and problem-solving capabilities, and in the end, we didn’t see anything holding the PixelFLEX LED video screens.”

As the design began to take shape, the technology chosen would be an integral component to the cohesion of the final edit. Needing to always keep in mind the Intellectual Property branding requirements for the telecast, Levy once again turned to the team at Elite Multimedia to identify the technology solutions that would fully accentuate the production design. 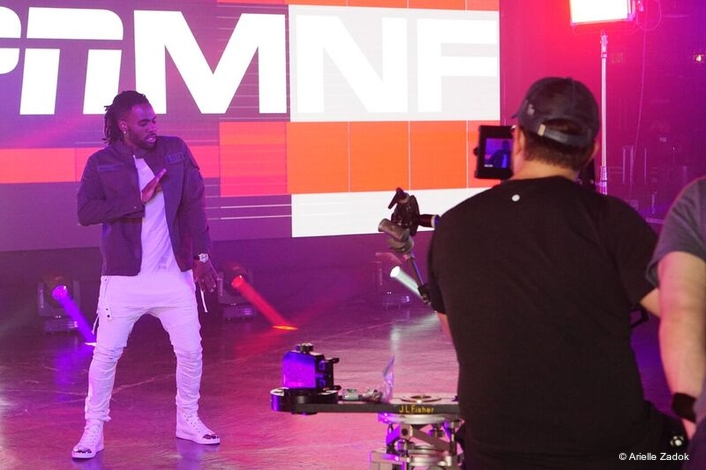 “I like to work creatively in collaboration with the client, and in terms of art direction the set for the shoot had a utilitarian feel,” explained Levy. “We had a very clear, creative vision for how the environment and the Intellectual Property would work together. It was less about technical instrumentation, and more about creating the looks we needed, and Elite Multimedia really did a great job of helping us bridge that gap with the precise technology for the design.” 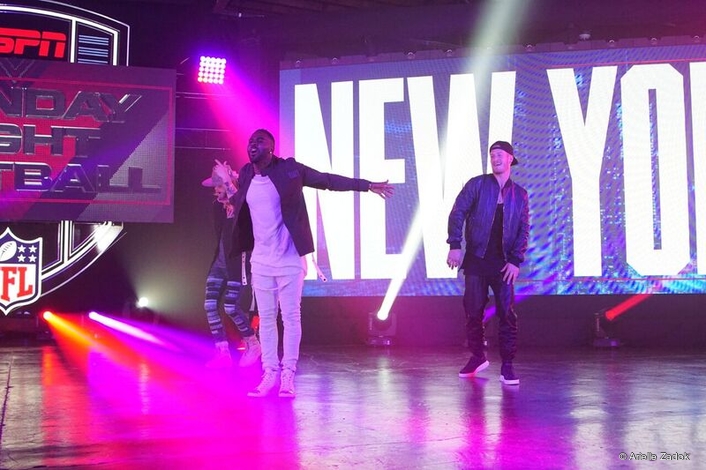 While working to finalize which production gear would be chosen for the design, Levy had the opportunity to explore the latest technology available. Backed by the corporate request to use the most innovative solutions possible, the team began to explore the array of PixelFLEX LED video solutions for the studio environment.

“There was a mandate that came down from corporate which stated that not only did they want the intro to look great, but they wanted to use the latest technology to do it,” added Levy. “Since we already had past experiences working with the corporate brand elements, it was really a question of how do create something fresh and new. For the video, we knew we needed high-resolution technology with a small pixel pitch, but we didn’t want to work with a product that was in a typical rental fleet. We wanted a unique technology while at the same time something strong enough to handle the work load of such a quick production schedule.”

Time for the production shoot to take place, the team would have about a week to complete the full project from load-in to load-out. In a production environment where the schedule relies upon a smooth transition from one task to the next, the true value of a production partner is often put to the test. 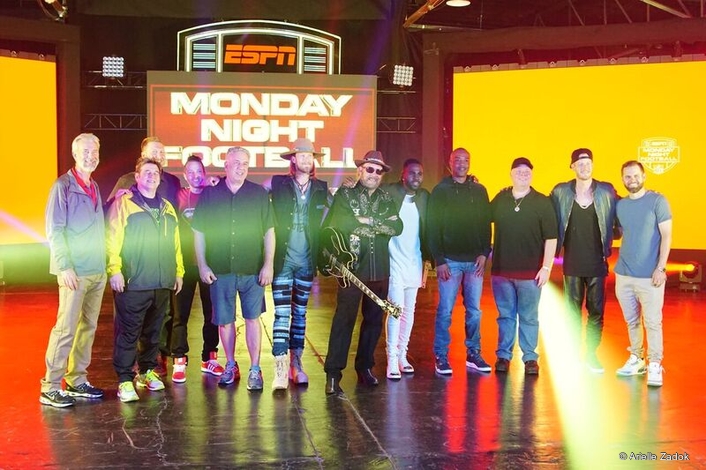 Levy continued, “We had a six-day production schedule from load-in to load-out and we needed to install a full production design that included three LED video walls. Whether you are working on a tight timetable or in a challenging space, a big part of our comfort level with a technology provider is just being able communicate with our point of contacts. Elite Multimedia gave us full access to their technical team, and while that may sound simple, when there are so many moving parts, communication is often as equally important as technical expertise, and Elite Multimedia provides both.”

Now complete, it was time to send the footage full of exciting shots featuring music superstars Hank Williams Jr, Florida Georgia Line and Jason Derulo to the team in post-production. Knowing they were able to create an exciting and brand-specific environment, Levy and the production team were elated with the performance capabilities behind the production design.

“At the completion of the shoot, there was a great excitement and a tremendous feeling of success,” concluded Levy. “We felt like we were able to capture a lot of great footage at a very high quality; even more so than we may have been able to capture in the past. By using the high-resolution PixelFLEX LED video walls supplied by Elite Multimedia, we were able to work in an extremely brand-rich environment and it was considered a great success all the way around.”

Elite Multimedia is a privately-owned, leading supplier of the most up-to-date audio, video and lighting technologies today. With a combined 85 years of industry experience, our team of dedicated professionals knows how to pair the right technology with your vision whether partnering with you in a rental, systems installation, or sales relationship. Through an unconditional desire to make your production or project a complete success, our passion and knowledge to innovate knows no bounds.