The high-performance X2 from the new X-Line Advance family of line-array loudspeakers celebrated its world concert premiere with rock band O.A.R. in Bemidji, Minnesota on April 19

The Electro-Voice X2 system celebrated its world premiere at a concert featuring US rock band O.A.R. in Bemidji, Minnesota on April 19. Providing sound reinforcement for nearly 6,000 concertgoers, the X2 delivered outstanding audio performance, superior full-bandwidth coverage, and proved the efficiency of its unique rigging system. TG7 power amps and IRIS-Net software rounded-off the sound solution by NLFX Pro. “For the X2, O.A.R.’s concert was literally a baptism of fire. And the result blew us away,” comments Ben Stowe, president of NLFX Pro.

When taking out a new system for the first time, one could think of less high-profile events than a concert of US Billboard chart-topper rock band Of a Revolution (O.A.R.) with an audience of several thousand. But when Ben Stowe realized his new Electro-Voice X-Line Advance system would be delivered in time for the show, he didn’t hesitate to give the system its global live premiere. 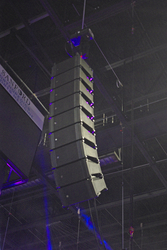 “Any time you take something new out, you’re going to be a little tense,” admits Stowe, who opted for a hangs of nine X2 elements on each side of the stage. “But the sound of the X2 was overwhelming. The new features such as the DVN3125 12" neodymium woofer and the enhanced Hydra plane-wave generators deliver outstanding audio performance, intelligibility, and control. And, most importantly at a rock concert, the X2 provides incredibly powerful output.”

The X2 is equipped with two Hydra plane-wave generators: a Mid-Band Hydra (MBH) for superior box coupling and an Advanced Pin-Diffraction Hydra for controlled linear HF performance. “The Mid-Band Hydra is a revolutionary acoustical device that makes the output of the 12” woofer behave like multiple 3” drivers for mid-range frequencies up to 1.6 kHz,” explains Bob Rieder, Regional Marketing Manager for EV Installed Audio Solutions. “The Mid-Band Hydra delivers the power and punch of a 12” system with the directional control of much smaller drivers, resulting in stronger acoustical coupling between boxes.” In addition to the Mid-Band Hydra, EV has equipped the X2 with an Advanced Pin-Diffraction Hydra (PDH) – a completely new approach to planar-wave generation that extends high-frequency output to 19 kHz (-3 dB point).

With a net weight of 93 pounds and a compact, two-way design, the X2 is both smaller and lighter than competing products that generate similar output levels. “Reduced weight and dimensions simplify transport,” says Stowe. “EV has also put a lot of thought into the new rigging system. It significantly reduces both load-in and load-out times, as well as production costs.”

Stowe and his team drove the speakers using 12 TG7 power amplifiers. “Being a bi-amped system, the X2 required less amplifiers than tri-amped systems – meaning less trunks, less power, less space, less work.” The NLFX Pro team relied on IRIS-Net software for control and supervision. “It’s fantastic to control literally everything from front of house,” says Stowe. “Not only can you hear it sounds great, you also have the confidence of seeing that everything is alright on the IRIS-Net screen.” 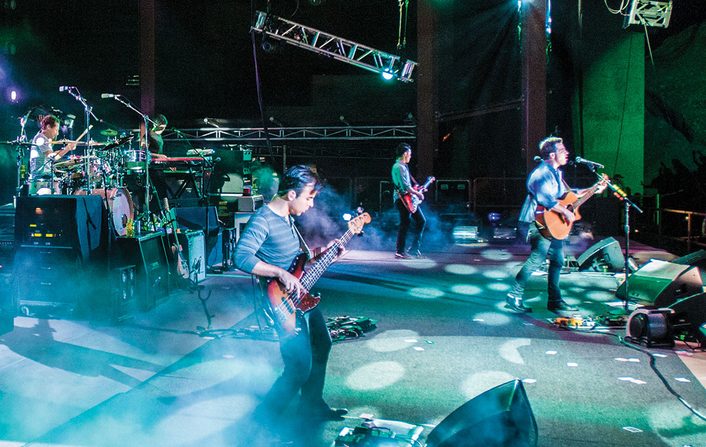 Bob Rieder and Guillermo Wabi, Product Manager for EV line-array loudspeakers, were present to support Stowe and his team for the X2’s debut. “Although the guys had a quiet evening in terms of any technical issues, having Guillermo and Bob on site demonstrated the level of support and commitment Electro-Voice provides – even on a Sunday!”

“The X2 blew us away – the sound is simply fantastic,” Stowe says. “EV understood what they had to do – and they’ve done it. They’ve come out with something that will put the world on notice.”