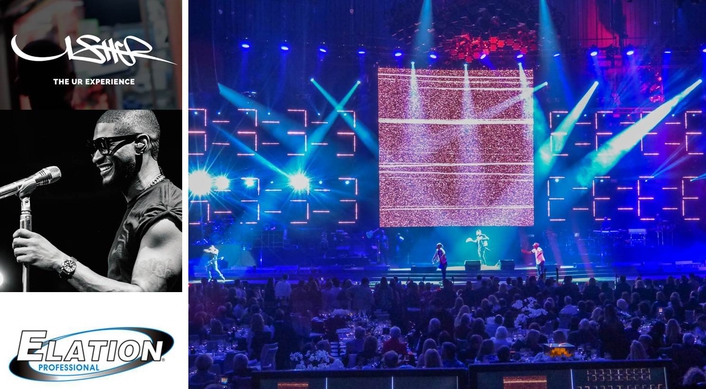 .
Usher kicked off his current “The UR Experience” tour in November with Elation Professional’s award-winning Sniper multi-effect light used extensively throughout the show as a key accent element including laser simulation. The Sniper, Elation’s new beam, scanner and laser simulator in one, and a PLASA Innovation Award winner, has been used on a growing number of shows and special events since its launch last October, both in the U.S. and abroad.

Working from upstage automated ladders, one of the reasons Lighting Designer and Show Director Eric Wade says he turned to the high-energy hybrid effect was for its intensity and brightness when compared to the overall rig. Powered by the new 132W Philips MSD Platinum 2R lamp, the Sniper delivers 45,010 lux @ 16.4’ (5m), enough to hold its weight among bigger lights.

Associate LD Eric Marchwinski and Assistant LD Jason Winfree both worked extensively incorporating the Snipers into the “UR Experience” show. “Eric Marchwinski dealt with making these lights do everything possible for me and Jason found places in the system to put them and relentlessly made sure they were in position each day and looked right. My team is amazing!” stated Wade, who has been working with Usher since 2001.

Elation Sales Director Eric Loader introduced the effect light to him “and he has never steered me wrong on any new light that I should see,” Wade said. “We came up with some suggestions that the light should do or wouldn't do and John Dunn [Elation Rental & Production Market Manager] would come back a few days later with a software update and low and behold! Changed!!” 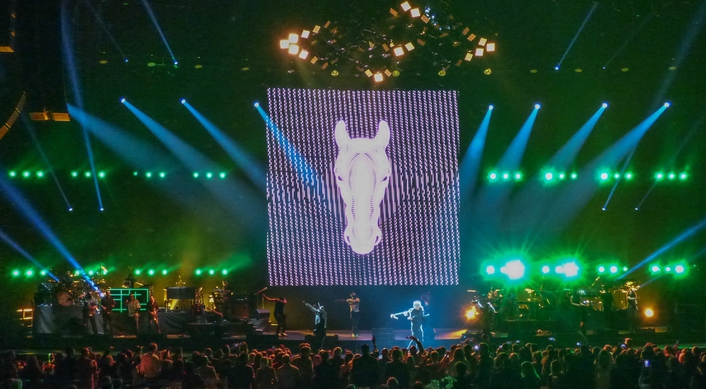 With the ability to produce beam looks, spread scanner and laser-like effects at dizzying speeds, and with 14 dichroic colors and 17 static gobos to choose from, the Sniper gives designers a lot of design options. But for Wade it is the support he has received that has really been the determining factor. “The support I have received from Elation has been amazing,” he stated. “It is like working with support I used to get back in the day when everyone jumped on a problem as soon as it happened or helped make changes to things when we threw out an idea or improvement.”

For Wade, getting quick and timely support from manufacturers is a major reason to spec their lights. “If I put a pile of someone’s lights on a show and know I have the support from the lighting vendor and manufacturer it makes a difference when designing a system,” he says. “Eric Loader has done this for me for many years and his commitment to support has always been there. It just goes to prove it is the people that can make a company, or break it!”