The demands that a large musical variety show can place on a lighting rig are great so when Smoky Mountain Opry in Pigeon Forge, Tennessee, sought to replace their aging lighting rig they turned to the versatility and reliability of Elation Platinum Spot 15R Pro and Platinum Wash ZFX Pro luminaires to provide the dynamic color and effect needed to support the high-energy 2-hour spectacle.

A good variety show includes a little bit of everything. Featuring a variety of music that spans from rock n’ roll to gospel, as well as dancing, aerialists, comedy, magic and more, Smoky Mountain Opry includes something for everybody and the lighting system needs to be able to keep up and transition accordingly. 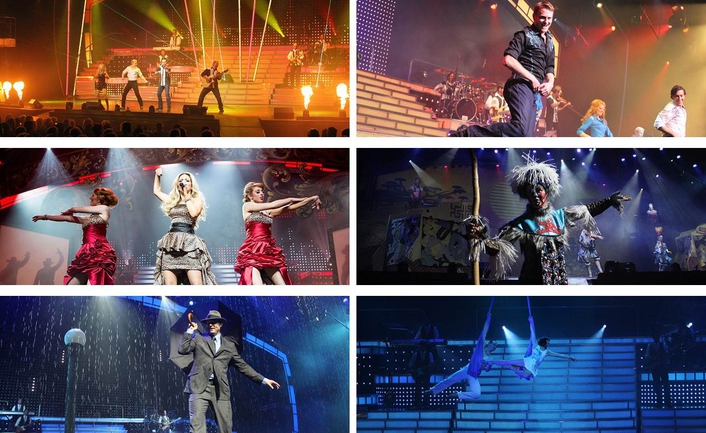 Replaces 1200W fixtures
Smoky Mountain Opry is produced by the Fee/Hedrick Family Entertainment Group, one of the largest show production companies in the southeast. Technical director for Fee/Hedrick Family Entertainment is Marshall Whaley who was looking for something to replace the large variety of fixtures they had, some 1200W discharge fixtures, and met up with Chuck Dillingham, Director of Lighting Operations at Elation dealer TMG Production Services of Nashville, to discuss options. 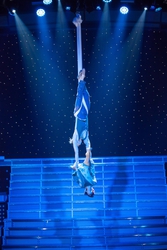 “Over the years this theater just had such a mixture of fixtures and we wanted to get down to only a couple of fixture types,” Marshall explains. “I also had a budget to work with and Chuck’s recommendation was the Platinum Spot 15R Pro. When we did a shoot-out against our MAC 2K's we were surprised by the brightness of the Elation 15R units and decided to go with them.” Marshall was looking for an affordable light with CMY color mixing, lots of gobo options and an output as bright as or brighter than the MAC 2000 Performance II units they would replace and found it in the 300W Platinum Spot 15R Pro.

LD Susan Rose
Lighting designer and programmer for Smoky Mountain Opry is Susan Rose (Ringo Starr, Louise Mandrell, Hank Williams, Jr.) who was at the January shoot-out when both the Platinum Spot 15R Pro and Platinum Wash ZFX were chosen. “We picked the Platinum Wash ZFX because it’s a good wash light and has excellent visual effects,” she says. “I really like the individual control of the LEDs and use the macros for some nice effects,” she says referring to the fixture’s chase zone effects that are rings of LED array controllable zones. “They are used for a lot of purposes - eye candy, lighting for set pieces, or as front wash and stage wash.” By purchasing the Platinum Wash ZFX Pro units, the venue was also looking to lower the cost of running the show by no longer having as many expensive lamps to replace. The high-energy ZFX fixtures, which also house a zoom, are equipped with 19x 15W RGBW LEDs yet its 190W LED engine draws only a maximum of 350W of total power.

Because the show is so visual (Susan likens the stage to a big media server), bright lights were needed to compete with the huge amount of LED on stage. That’s where the Platinum Spot 15R Pro’s step in which she uses for a big variety of beam and graphic looks, as well as to light set pieces or specific performers on stage. “I’ve been really happy with the 15R’s,” says Susan, who staggers the Platinum 15R’s with the Platinum ZFX’s in a symmetrical design. “They function well, have great punch and brightness, and are a great light at the price point.” 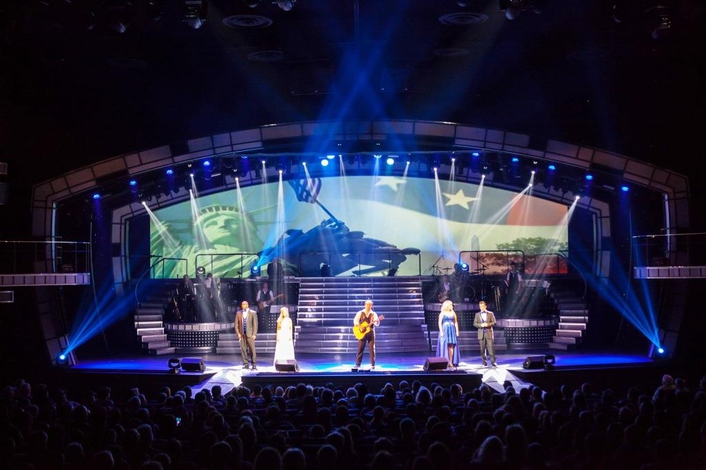 Although product features and functional flexibility were keys in choosing the fixtures, other factors stood out as well. “Elation has reasonable pricing and parts are affordable when you need them,” Marshall states, adding that the warranty repair service they’ve had over the years has been excellent, also at other Fee/Hedrick venues. “We had purchased Elation Design Spot 575E’s for another theater and have had great service out of those lights for the past six years.”

TMG was the lighting vendor for the new gear, which debuted on the Smoky Mountain Opry show in February. A special holiday show dedicated completely to the magic of Christmas is coming this holiday season.