Eagles at Cheltenham Town Hall on September 21, 2014
Rock band The Ultimate Eagles are celebrating the 20th Anniversary of the Eagles’ iconic album “When Hell Froze Over” by touring the UK beneath an Elation lighting rig of Platinum Beam 5R and Platinum Spot 5R Pro moving heads.

Often regarded as the best Eagles cover band out there, this is The Ultimate Eagles’ fifth and biggest tour, and second using Elation lighting equipment. Pacific Sound & Light of Birmingham has supplied the lighting package for the “When Hell Froze Over” tour with lighting design by Nick Jemicz of Lighting Through Design. 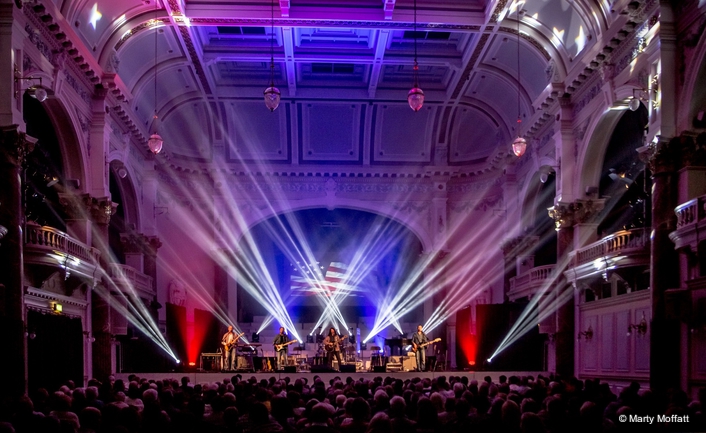 Mounted on an upstage truss, Nick uses the 5R Spots primarily as back light for the band members, allowing him to zoom down onto the front line positions as a highlight or to bathe the front line in breakup gobos. The Platinum Beam 5R’s are mostly scattered around the stage on the floor and used for airborne effects. Nick states, “The Beams are used in the first set as primarily airborne prism effects and are reigned in until the last number of the first set, which is a particularly epic track (The Last Resort) to maximize their impact. In the more rocky second set, they are used for a more contemporary look.” 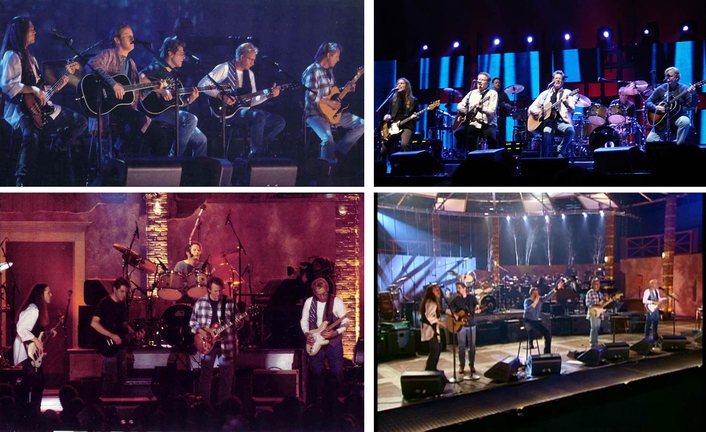 Because the fixtures are part of a busy on-the-road touring package, Nick explains that it was necessary to balance fixture size, output, power and weight. “The Elation fixtures ticked all these boxes and with the added bonus of the 5R Pro’s built-in wireless we were able to do away with an FOH data multi-cable and bounce data out of the 5R Pro’s to the non-wireless fixtures on stage, saving setup time and extra cabling.”  Nick, who also handled programming duties, operates the time-coded show on a lighting console that allows video and lighting to be time-coded utilizing a Rosendhal MIF 4 timecode interface and SMPTE input. This allowed complex cues to be run consistently throughout the tour, he says. 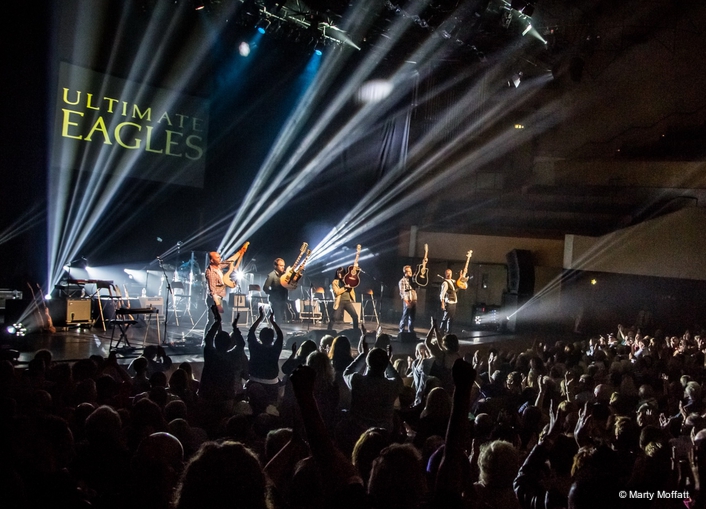 Full production for sound, light and video projection was supplied by Pacific Sound & Light. Matt Trigg from Pacific stated, "We've been using Elation Beam and Spot 5Rs for over two years now and they're just perfect for this type of compact tour - small, light but very punchy; a lot of light from a little footprint. We've worked with Nick Jemicz on many shows. He now specifies Elation on many of his designs and we're happy to supply them.”