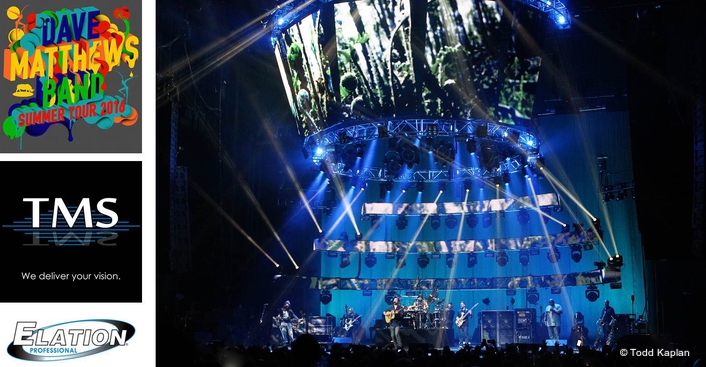 As one of the most successful bands over the last 25 years, the Dave Matthews Band has a string of hits to their credit with over 30 million in record sales worldwide. The popular jam band is also known as a must-see summer touring act and this year are playing amphitheaters and select arenas across the U.S. beneath a rig that includes Elation Colour Chorus Series™ LED battens and SixPar 200™ LED Par lights.

Lighting and scenic designer is Fenton Williams, who has been with the rock group since the band formed in 1991. He has been handling the designs for lighting, scenic and video since 1995 when the band began to carry its own production.

Draped behind the band and a series of horizontal trusses is a large backdrop curtain that required a wash of colored light. “We’re using Colour Chorus fixtures to uplight the backdrop behind the band and the SixPar 200s as truss toners in the silver 20.5”utility trusses over the band,” Williams explains. Colour Chorus is Elation’s popular series of RGBA batten wash lights useful for floodlighting surfaces in even washes of dynamic colored light. Available in 1, 2, 4 and 6 foot lengths, hue, saturation and intensity are all individually controllable.

Williams says the SixPar 200 Par lights were specd due to their homogenous light output. “Some of the truss toners are visible from the front and we didn’t want to see the individual LEDs making up the color mix,” he said. “In addition, we’re using the IP65 rated version as it’s not uncommon to see some rainy days playing amphitheaters in the summer.” The SixPar 200 houses a high-power 6-color LED multi-chip (12x 12-watt LEDs), including a UV LED, and can be used as a wash light, uplight, wall wash, truss warmer and more. 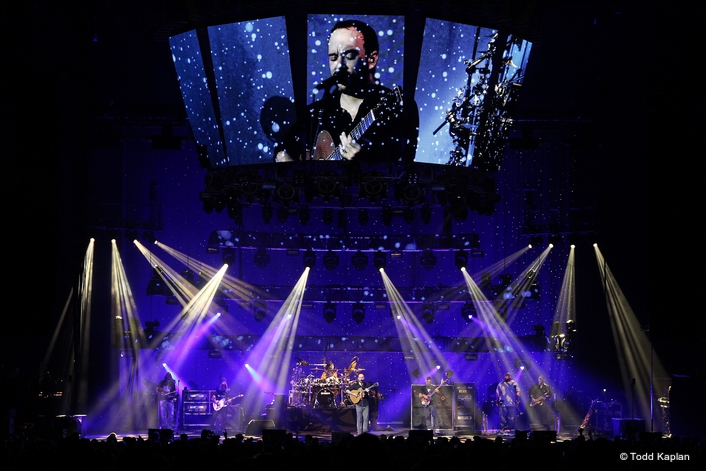 Production company Theatrical Media Services (TMS) of Omaha, Nebraska, has been working with the Dave Matthews Band for 23 years and serve as lighting supplier and co-lighting designer on the current tour. TMS decided to purchase the SixPars based on the fixture’s fantastic light output, states TMS’s Aaron Stinebrink. He adds, “Also, having a homogenized LED source was a must for us. We are finding that many clients are requesting that feature in their fixtures. The IP-rated SixPar fit in perfectly with the numerous outdoor events that we do throughout the year.” 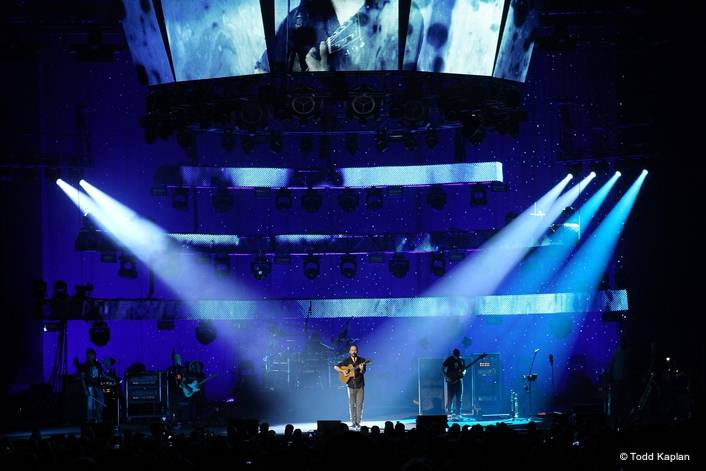