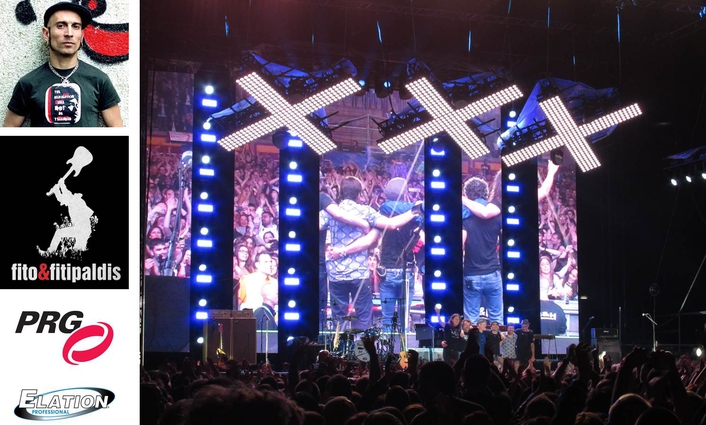 Over a 25-year musical career, Fito Cabrales has played to fans across the Spanish-speaking world and now his popular rock band Fito & Fitipaldis is out on the road again in support of their latest album “Huyendo conmigo de mi.” Lighting design is by well-known LD Luis Pastor, who has integrated into the set three eye-catching crosses of light made up of Elation Cuepix Panel RGB matrix luminaires. Following an initial winter leg in arenas and theaters, the band’s current summer tour is playing outdoor venues across Spain. Lighting, sound and visual equipment for the tour, including the Cuepix Panels, is being supplied by PRG of Spain.

The three light crosses make up the set’s visual overhead focus, each cross mounted on an individual cross-shaped truss structure and made up of 13 Cuepix Panels (39 total). Part of Elation’s Cuepix Series of LED blinders and strip lights, the Cuepix Panel is a high-power matrix panel with individual pixel control and a full spectrum of colors from 25x 30-watt RGB COB LEDs. Each cross is connected to a Kinesys motion control system, which allows for various configurations through height and tilt adjustments. 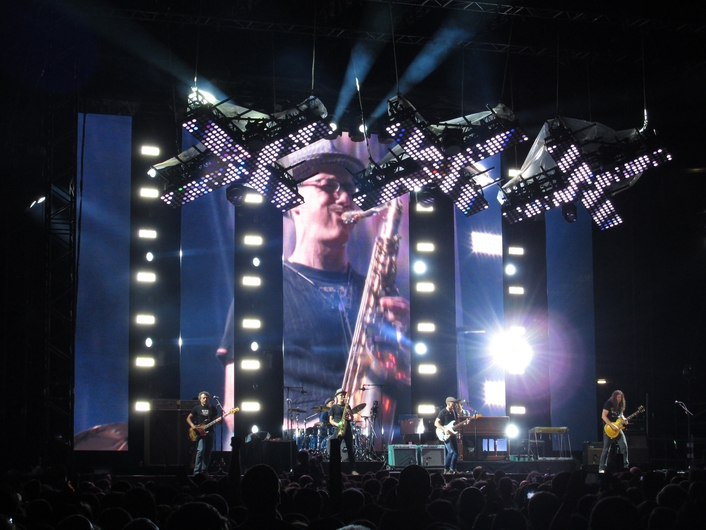 Beauty and beastly
“On the outside the Cuepix Panel is a robust fixture with a design that caters both to events where the aesthetic look of the fixture is to be taken into account and also for the rock and roll touring world, where the fixture sometimes doesn’t receive such good treatment,” states Aitor Beloqui, project manager at PRG and the man responsible for the lighting, sound and video equipment on tour.

Aitor and his team wanted to offer the same experience at the outdoor summer venues as they did at the indoor venues last winter, where they could hang fixtures from an existing trussing system. That meant they had to supply the truss structure for each outdoor venue. “That has made it a fairly complicated project as we have a large number of fixtures and mobile/hung elements upstage,” he says. “We had to take this into account when making calculations for allowed hung weight for the temporary truss structures during the summer leg. The aim has been to try to offer the same show, technically speaking, both in the summer as in the winter and I think we’ve done that.”

Favorably surprised
The three crosses effectively fill the overhead space above the band while visually complementing and working with the backdrop LED video screen and other lighting. Aitor hadn’t used Cuepix Panels prior to the tour but says he was favorably surprised by them. “The brightness of the fixture, alongside the quality of the gamut of colors, allows for the outputting of pixel-mapped video content while showing video content on the LED video screens behind them, without the difference between the two light sources being significant. This makes life easier for the lighting operator as he can feed the same video content to both elements (LED video wall and Cuepix Panels) with the difference not being very noticeable.” 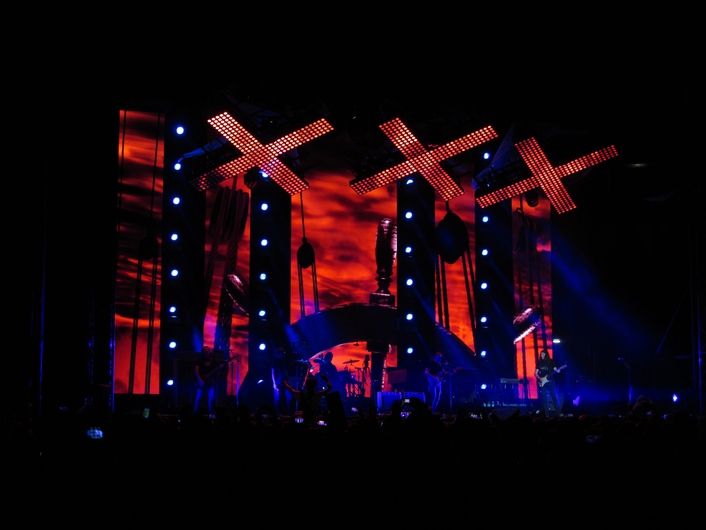 That lighting operator, freelance lighting programmer / operator Rafa Carvajal, uses the Cuepix Panels for various purposes including visual effects with solid or variable colors, as well as graphics, and also pixelmaps effects across them. “The Cuepix Panels have been very versatile,” he comments. “They have very dynamic color mixing with the possibility of achieving very vibrant colors, also very saturated ones, and react very fast to commands for changes in color or in brightness. In the end, the Cuepix crosses are one of the most important lighting elements of the tour since we not only work with solid colors but also use them for transitions between the video that is being displayed on the LED screens behind the stage.”

Rafa says that one of the concerns at the beginning of the tour was joining together the 13 Cuepix Panels for each cross. “But in the end it has become the easiest element to set up in the lighting rig,” he says. “They are easy to assemble, have an intuitive menu and are very simple to connect.” The ease and flexibility in joining the panels together gives another benefit as well – aesthetics. “I like the way the fixtures have of connecting to each other,” Aitor adds, “which allows for the possibility of creating original and distinct structures. For us, the possibility to escape from the usual LED wall design was enjoyable.”

Finally, cost savings and smaller carbon footprint from a lower power draw versus more traditional fixtures are two features of the Cuepix Panels not to be overlooked. “This makes these LED fixtures stand out even more,” Aitor states, “and if we also include the reliability that they offer, the idea of ‘the more kilowatts of power consumption the more spectacular the concert’ becomes obsolete.” 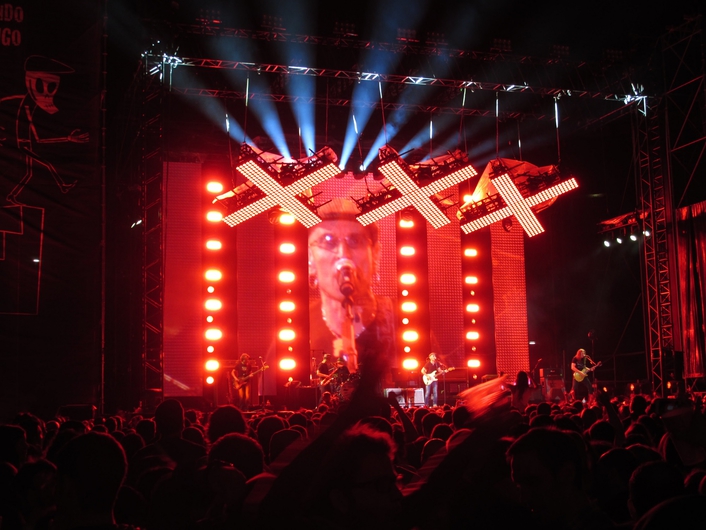 “The Cuepix Panels have been a great choice and it has been very gratifying to work with them,” Rafa concludes. “So far, we have not had a single technical glitch with any of the 39 units on tour.”