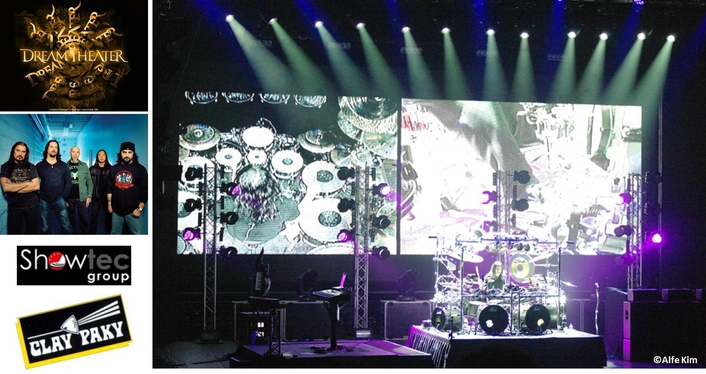 The venue, which has recently been refurbished to become an Asian Arts and Culture Hub, is an important stop in the band’s demanding 2012 world tour. Dream Theater is extremely popular in the region and even more so since its album, A Dramatic Turn of Events became one of the group’s most successful yet, reaching number 8 on the US Billboard 200 and number one in ten different countries.

“Dream Theater’s live shows have become bigger and more diverse since they formed back in 1985,” reports band lighting designer Steve Baird. “They demand a sense of drama and high impact lighting has always been a crucial element of the show. I chose to use Clay Paky HPE 1500s for the patterns and effects that the fixtures deliver, but what I like the best is the optics; the beam has such an even field.”

“The Clay Paky HPE1500s enable me to reflect the intensity of a Dream Theater show with dynamic lighting that complements the band’s vibrant, unpredictable and exciting performances," continues Baird who also specified the Clay Paky Sharpy and has been delighted with the results: "What I like about the Sharpy in the super bright beam, which is unprecedented for such a low power draw and lightweight unit. I also love the laser like beam and purity of light, there’s no halo or discolouration around the edges and the fixture’s ability to change the shape and colour of the beam has enabled me to create a number of great aerial effects on this tour.” 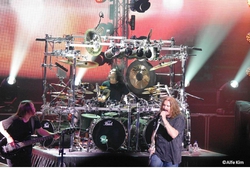 Eugene Yeo, of Acoustic and Lighting System PTE Ltd, Clay Paky distributor for Singapore continues: “We’re always excited to see how another groundbreaking band applies the features of the revolutionary Alpha Spot HPE 1500s and the new Sharpy fixtures. All Clay Paky models are designed and built to furnish lighting designers with the exciting creative tools they need to realise their visionary and unique designs. Dream Theater’s reputation for dramatic performances combined with Baird’s lighting design and Clay Paky fixtures have definitely made for a very memorable event.”