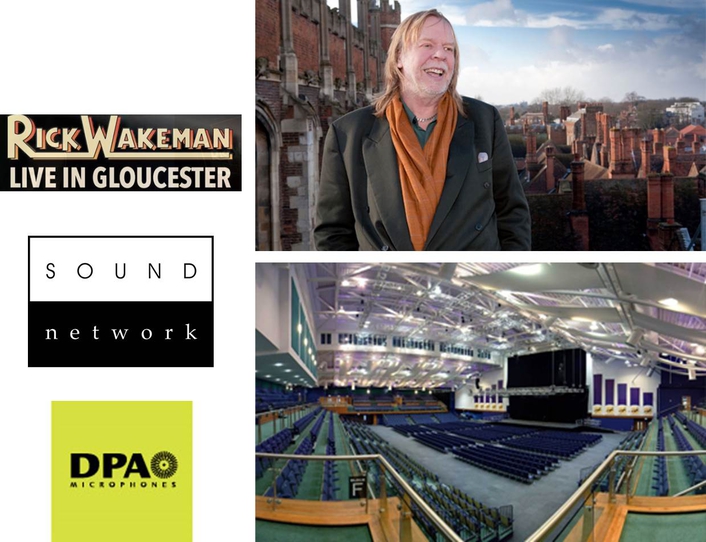 More than 50 assorted DPA microphones were used by FoH Sound Engineer Ian Barfoot to amplify the audio at Wakeman’s concerts
Progressive Rock icon Rick Wakeman recently completed three concerts in the UK to help raise money for the Cathedral of Gloucester. The first event took place in the intimate surrounding of Blackfriars Abbey, a medieval building in the heart of the City of Gloucester, while the remaining concerts took place on consecutive nights at Cheltenham Racecourse.

On all three occasions DPA microphones featured heavily in the equipment inventory, with more than 50 units used to amplify the audio, including two new DPA d:facto™ Vocal Microphones.

Front of House sound engineer Ian Barfoot, who was also system designer for the shows, says: “DPA microphones always deliver an honest, super clean, uncoloured sound and I get predictable results every time I use them. They are also incredibly reliable, which is a major point in their favour.”

“DPA’s UK distributor Sound Network suggested I tried DPA microphones for the drums, in particular the d:dicate 2011C microphone inside the kick drum,” Barfoot explains. “It took a little while to work out how we were going to do it, but when we had it set up the results were very pleasing. The sound was fast and dynamic, which suited the Symphonic rock style of the music, and once our drummer Tony Fernandez relaxed, the sound became very tight indeed.”

The concert formats created by Rick Wakeman for these shows were unique. The first concert at Blackfriars Abbey was very intimate as the venue could only hold 250 people. On this occasion Wakeman performed an acoustically-styled set with his two sons Adam and Oliver and his daughter Jemma. 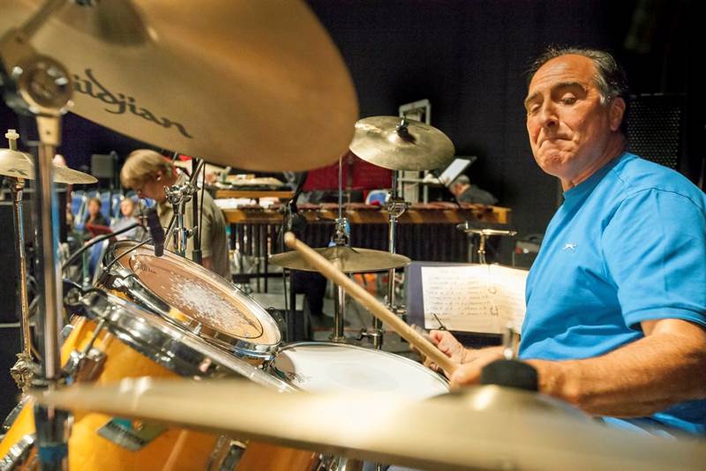 The concerts at Cheltenham Racecourse were much grander affairs and featured the Cheltenham Symphony Orchestra conducted by Guy Protheroe, Wakeman’s band the English Rock Ensemble and the Choir of Gloucester Cathedral. The music performed included a selection of pieces from Wakeman’s three most famous albums - The Myths and Legends of King Arthur, Journey to the Centre of the Earth and The Six Wives of Henry VIII.

“We didn’t do things by halves,” Barfoot says. “There were 107 musicians on stage at Cheltenham, which gave me about 117 inputs to deal with on my desk.”

Barfoot adds that all of the vocalists were on In Ear monitoring and commented positively on the clarity of the DPA d:facto Vocal Microphones.

“I first used these in South America just before Christmas 2012 and they have now become firm favourites,” he says. “They are definitely a ‘must have’ in my microphone trunk, especially now the d:facto head is available for use on various radio microphone transmitters.”