DPA Microphones Fly The Flag For Denmark At Eurovision

The company's new d:screet™ Supercardioid Miniature Podium Microphones are being used by all contestants in press briefings
As Europe braces itself for the annual spectacle that is Eurovision, DPA is already playing a key part in this musical extravaganza by providing the podium microphones in the official press room.

The venue for this year's Eurovision Song contest is the B&W Halls in Copenhagen and all of the press conferences are taking place in a separate auditorium that has been specially equipped for this purpose.

Bent Iversen, Key Account Manager for leading Scandinavian PA company DPA Soundco (which, despite the similar name, is not affiliated with DPA Microphones) is the main sound technician for the press room. He says: "We have installed 20 d:screet™ Supercardioid Miniature Podium Microphones, which were specified by broadcast rental company Best Broadcast Hire (BBH). These are positioned on the press table where they are mounted on K&M Table Bases.

Iversen adds that DPA Microphone's new podium microphones are ideally suited for the job and for the room acoustics.

"Most of the people taking part in the press panels are musicians and they have a tendency to be quite loud," he explains. "We needed a microphone that could cope with a loud monitor system and with sudden changes in volume. We also wanted microphones that could handle a situation where singers decide to sing as well as speak, which does sometimes happen with Eurovision press conference."

Introduced last year, DPA's new podium microphones give AV installers and conference organisers the clear, transparent and precise sound for which the company is famous.

Christian Poulsen, CEO of DPA Microphones, says: "As a Danish company, we are naturally delighted that our new podium microphones are playing an important part in this year's Eurovision Song Contest. Of course we would have loved to see the artists also using our d:facto™ Vocal Microphones or d:fine™ Headset Microphones on stage, but sadly this isn’t possible due to contractual reasons. However, we can guarantee that the sound coming from the press room will live up to DPA's – and Denmark's - high standards." 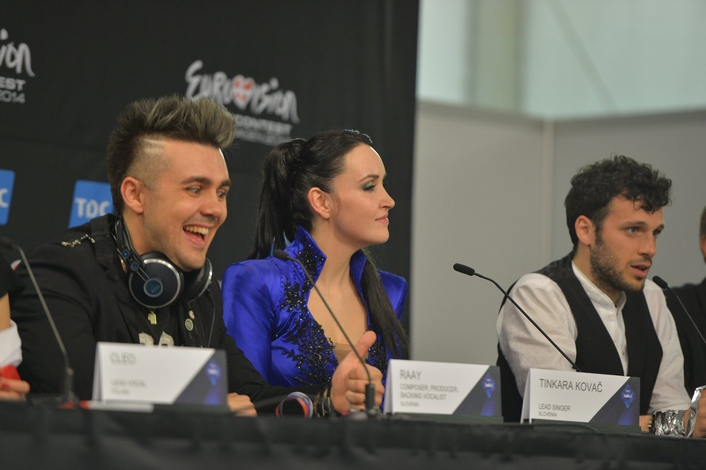 Iversen adds that DPA Soundco has an extensive stock of DPA products that are used for music festivals, band tour production and corporate events.

"The main Eurovision show won't be using any instrument microphones because 99% of what the audience hears is playback," he explains. "The hand held artist mics are specified by Eurovision as part of a deal they have with another manufacturer but if it was my choice I'd be using the new DPA d:facto Vocal Microphones on a Wisycom wireless system."

The Danish Broadcasting Corporation, Danish Radio, which is hosting the event, already owns more than 200 wireless Wisycom systems, so it would have been the natural choice if contractual circumstances hadn't made this impossible.