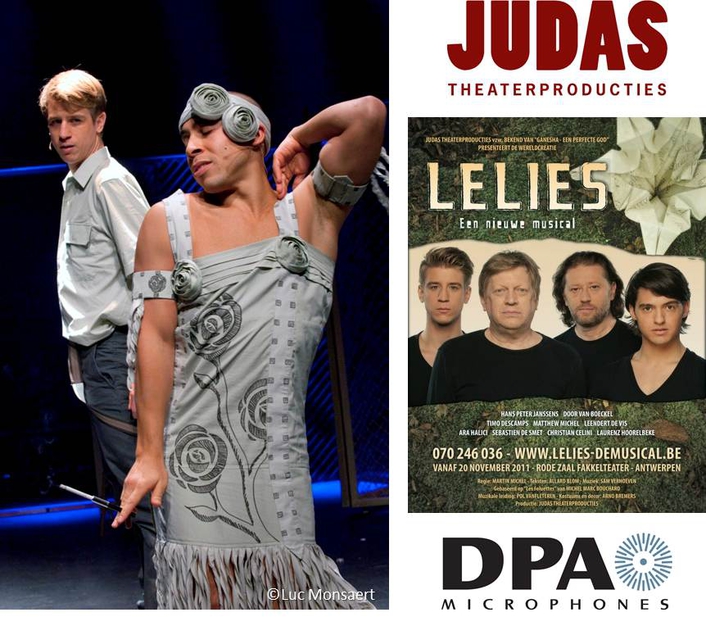 Based on the theatre play Les Feluettes, Lelies is set in a prison in 1952
DPA’s new d:fineTM headset microphones have been used for the musical Lelies, a Judas Theaterproducties production at the Antwerp Fakkeltheater.

All nine of the production’s all-male cast were miked with a d:fine headset, and the robust build quality, together with the mic’s ability to stay firmly in place once mounted, wasn’t lost on them. Leading actor Hans Peter Janssens, a veteran of London’s West End theatre, commented that the d:fines successfully withstood the rough fighting scenes throughout the entire production without any damage, were easy to attach and almost invisible when worn. Meanwhile, the musical’s composer (and managing director of Judas Theaterproducties) Sam Verhoeven was very pleased with the sound quality and low profile of the mic.

“I’m convinced that asking Stage Unit to provide the new omnidirectional d:fine headset was the right choice,” continues De Reese. “I was pleasantly surprised that after the last show all the microphones were still 100% intact without any loss of sound quality!

“The single earpiece also offers a huge improvement in contact noise compared to other headbands. A simple collar shirt touching a headband in the neck creates a lot of noise, all of which is solved by using a d:fine headset. No doubt that for my next design the headsets will again be d:fines.” 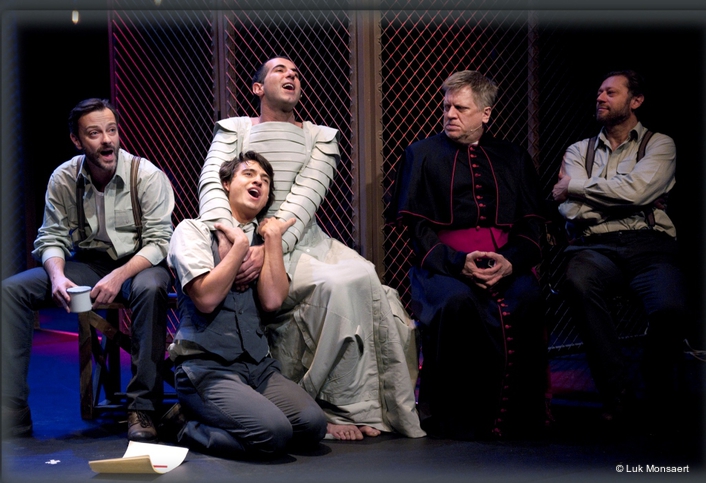 “Lelies is Belgium’s first musical production to use the new d:fine microphones, and the headset’s sound quality and reliability are outstanding on stage,” adds Peter Van Houten, pro audio sales at Amptec. “More demo’s and try-outs have determined that d:fine will be the new standard for the Belgian musical stage.”

About the production: Based on the theatre play Les Feluettes, Lelies is set in a prison in 1952. All roles, including female, were played by a company of male actors including Timo Descamps, Matthew Michel, Door Van Boeckel and Hans Peter Janssens.