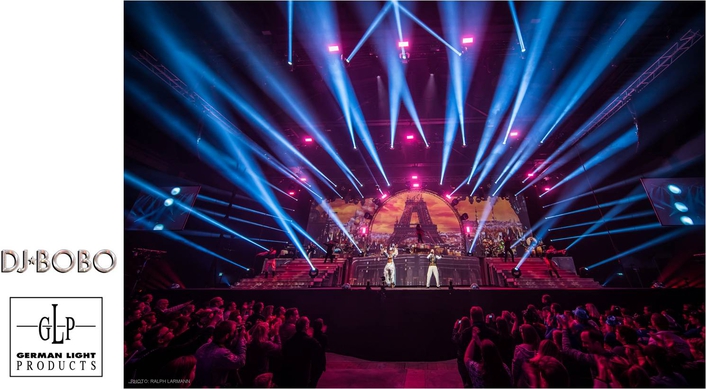 Swiss artist DJ BoBo is celebrating his 25th anniversary on stage by touring the grand new show, Mystorial.
From April 2017 it will visit Switzerland, Austria and other parts of Europe, including 24 arenas in Germany before heading down to South America.
But it has already received its world premiere during a two-week opener at the vast Europa-Park amusement park in south-west Germany, where a new arena has been built specially to host the production.
Mystorial takes fans on a fascinating journey through time, mixing well-known hits with new songs, supported by a five-piece band, backing singers and 60 dancers.

TV and industrial lighting specialist, Thomas Gerdon of GERDON design, was responsible for the lighting in conjunction with his partner Thomas Dietze, who has worked with the artist for nearly 25 years as his touring LD. Together they chose 65 of GLP’s true hybrid GT-1 fixtures as their workhorse — and they had many reasons for doing so.
Gerdon explained, “We wanted to do something really special and talked at length about fixtures. We wanted something small and light, with high output for keylighting and with the versatility to perform the role of Beam, Wash and Spot. So we opted for the GT-1 knowing the incredible 22:1 zoom ratio [from 3.5° to 58°].” 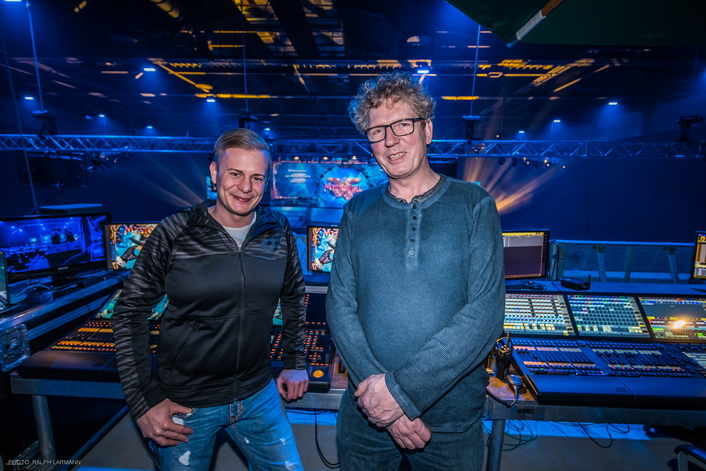 He was already familiar with the fixture having seen a demo at last year’s Prolight+Sound in Frankfurt before specifying them for the huge Nature One EDM festival. “For Mystorial I told GLP I wanted a fixture that would wash scenery and at the same time deliver a beam show.” Again GT-1 provided the solution.
“I asked them a number of other questions and they said yes to everything.”
Mystorial itself is a flashy musical-style journey through time, incorporating a lot of ‘Euro Dance’ disco, with a huge projection mapping, pyro and impact stage effects. 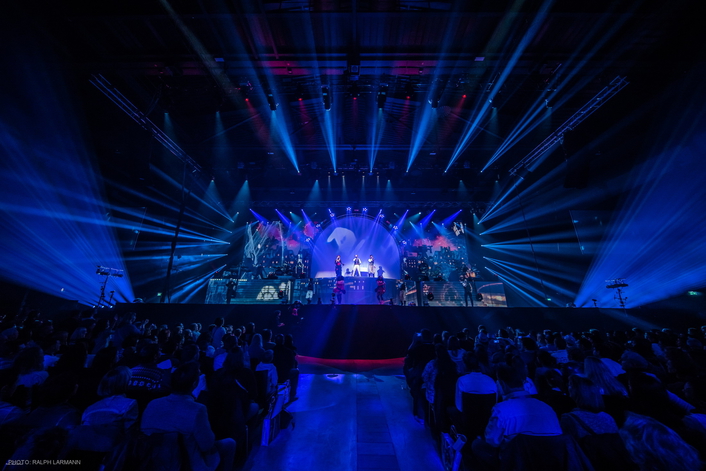 The GT-1s have been installed within the set design to help punctuate the journey — from Paris of the 1920s back to the Pharaohs of Ancient Egypt and the Stone Age and then fast forward to the future. 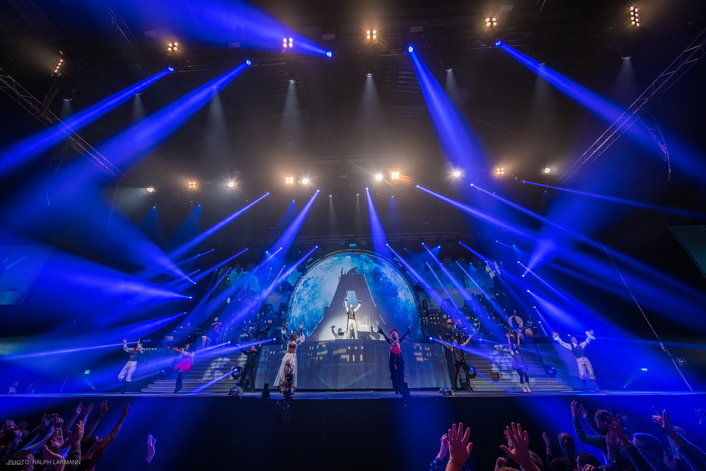 Aside from the fixture’s hybrid characteristics, the other deal-maker was the brightness generated from the high-powered 440W discharge lamp. “It delivers high output from very little power consumption — and whereas other fixtures would require a three-man lift this is so light-weight that it can be handled by a single lighting guy,” notes the LD. 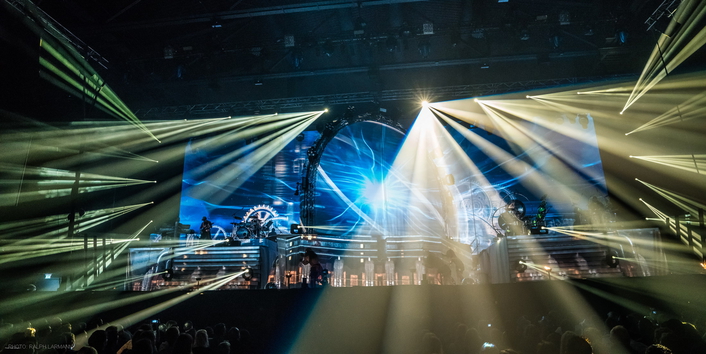 On Mystorial he is using multiples of GT-1 washes on ladders inward facing from the wings, with others set on the back, mid and front trusses — some for washes, some for gobo animation — with the remainder on the floor. On the big moments they will produce a complete white-out, he says. 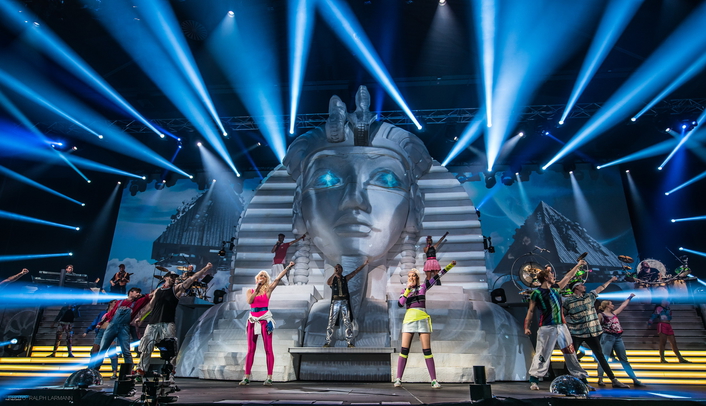 Run from a grandMA2 control platform, the show file contains no fewer than 1482 cues.
As a final testament to the GT-1 Thomas Gerdon says, “Often when working with hybrid fixtures one of the weakest things is the colour mixing system, but the GT-1 has smooth colour mixing and can deliver a lot of colour options. That makes it pretty unique — in fact it’s far ahead of the competition in the Hybrid category.”