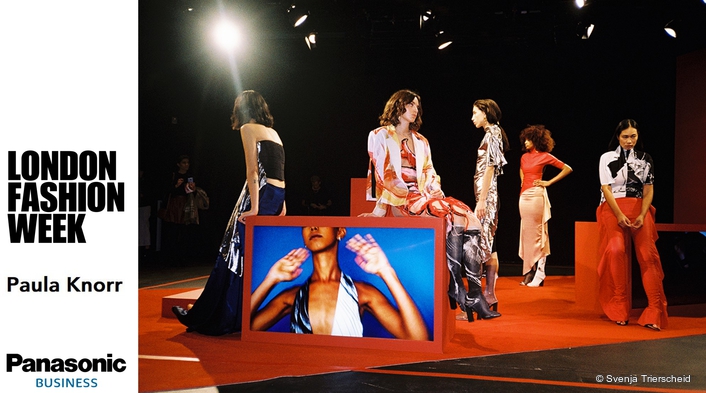 The Council gave the London Royal College of Art MA graduate the space and financial support to enable her to set up an installation at the Institute of Contemporary Arts in Pall Mall, where four 55” Panasonic LCD displays, two TH-55LF8s and two TH-55LF80s, were used to show the video vignettes.

Supported by the British Fashion Council German-born Knorr’s new collection ‘COLLAGE OF HERSELF’ revolves around the idea of feminism and womanhood, and features a series of video vignettes filmed with real women talking about their perceptions and attitudes towards feminity.

“I collaborated with a motion graphic designer friend from Berlin to create three 15-minute videos. I wanted to create a collage effect, but video has always been important to how I work, ever since I worked on my graduate collection, so I wanted to incorporate it in there somehow,” said Paula Knorr.

In the crowded, chaotic world of Fashion Week, standing out with an installation is important. The Panasonic displays served as a dependable backbone for the show, with the narrow bezels ensuring the footage itself remained front and centre. Meanwhile the high brightness level of up to 700 cd/m2 created images that still popped out and held their own even in the strongly-lit environment of a fashion show set.

“Because they were matt screens, they conveyed the characteristics of the rough texture of the materials a lot better than a glossier display would have. They helped create the exact kind of effect that I wanted,” added Knorr. 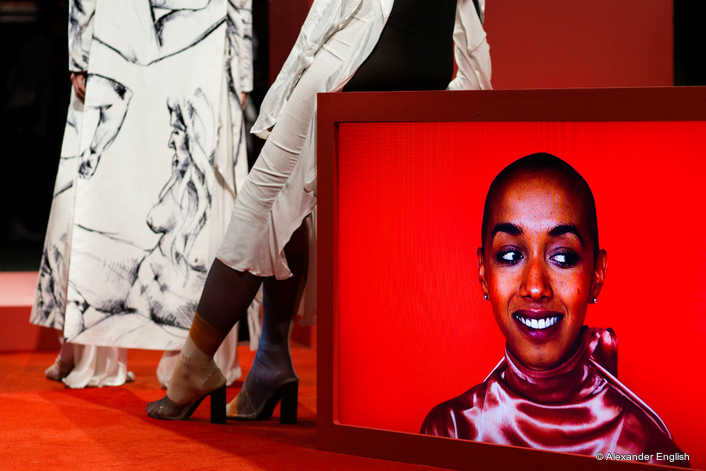