DiGiCo SD7s are a Spooktacular Success for Coldplay 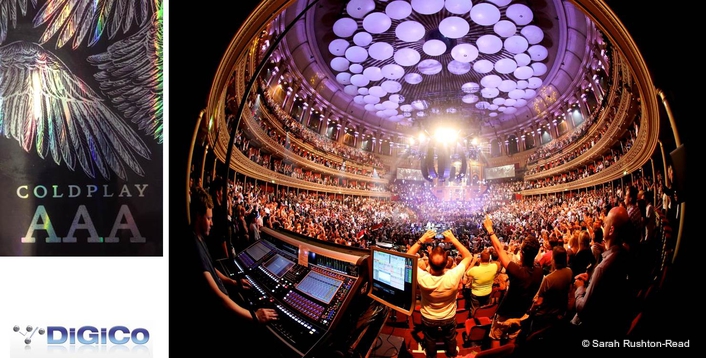 .
To launch their much-anticipated new album Ghost Stories, Coldplay played a pair of intimate live shows in California, which were filmed and broadcast on network TV stations around the world. The high profile event marked the debut of a second DiGiCo SD7 mixing console on the band’s live setup.

Coldplay Front of House engineer Dan Green adopted the SD7 in 2011, for the band’s Viva la Vida tour. Its success persuaded monitor engineer Chris Wood to join him, the launch of Ghost Stories proving the ideal launchpad for a significantly enhanced audio system.

“Dan originally switched to the SD7 because of its sound, versatility, feel and compatibility with Waves plugins,” says the band’s touring systems engineer Tony Smith. “After that tour, Chris felt that the timing was right to join Dan in using an SD7 as well. With the band in the studio, it meant that he had the pre-production time available to program the extensive back catalogue of snapshots, as well as the new material from Ghost Stories once the album was completed.”

Supplied by Wigwam, the DiGiCo system includes an SD-Rack at the monitor position, an SD-Nano Rack in the RF rack and two SD-Mini racks, one on stage and one at FOH to feed 16 Analogue Pre preamps into the system’s Optocore loop.

Shot on a sound stage in Culver City by Grammy-nominated director Paul Dugdale, the Ghost Stories filming was the first time that the twin SD7s were used live and, as filming does, threw up a few additional technical challenges. 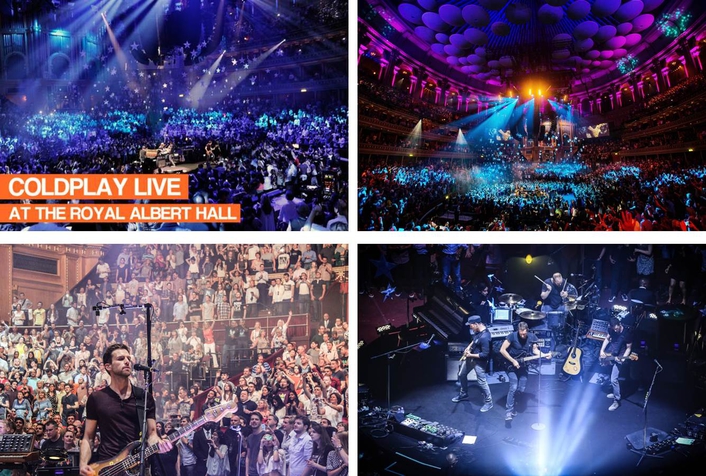 “All record feeds, including virtual soundcheck, archive recording, broadcast mix and broadcast stems, were supplied via MADI output from the system, derived using the Copy To Audio function on the SD7s to produce custom mixes for each stream,” says Wigwam’s Alex Hadjigeorgiou. “The broadcast split was achieved via the SD-Rack MADI out using the automatic gain tracking. The feeds were sent to three Direct Out Andiamo units, producing 96 analogue gain tracked outputs.”

In all, 104 input channels were tracked for the filming, with 40 sent to ‘Live to Air’.

“The Live to Air broadcast channels were sent via MADI from the FOH console, mixed within the SD7 into stems, post-dynamics and snapshots so our broadcast engineer, Rik Simpson, could mix an almost finished product from Dan’s setup on the SD7. It gave great continuity and, with the understanding between Dan and Rik - who co-produced the album - it was a total success,” adds Tony.

“At FOH, we had a Waves server as well as a full ProTools rig for virtual soundchecks and archiving. The onboard processing on Chris’s monitor SD7 was extensively used, with Apple Logic providing the recording platform for virtual soundchecks. Snapshots were utilised on both consoles, along with MIDI to control outboard effects at FOH, which were also sent back to monitors via opti sends.” 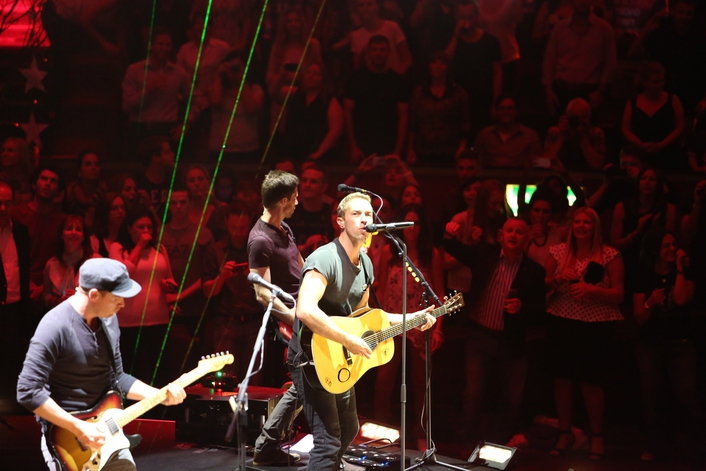 Meanwhile, the band’s playback rig, operated by Matt Miller, was also upgraded to MADI I/O, the stream being run into the system via MADI bridges to provide redundancy on both engines, and sent to FOH via opti sends and receives.

After debuting on Ghost Stories launch, the twin SD7s were an integral part of six live shows played in the USA, Japan and Europe, climaxing at London’s Royal Albert Hall.

“Using two SD7s has led to a more compact integrated system, providing extra functionality as well as increased input and output facilities across the entire system,” says Alex. “A new Aviom A380 system was also added, so that the backline guys have the same in-ear functionality via the SD7s.

“We love working with the Coldplay guys and the technical challenges that they present us with. But it would be impossible to provide such an integrated system without a lot of forward thinking and willingness to embrace new ideas on their part.”

“Overall, having twin SD7s was definitely the best way to go,” confirms Tony. “The whole system has worked really well.” 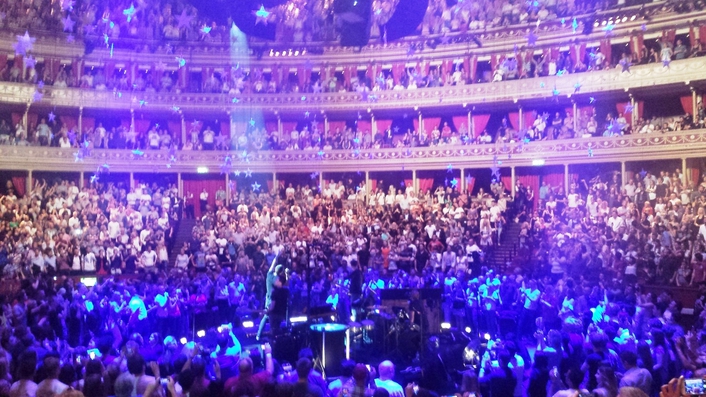