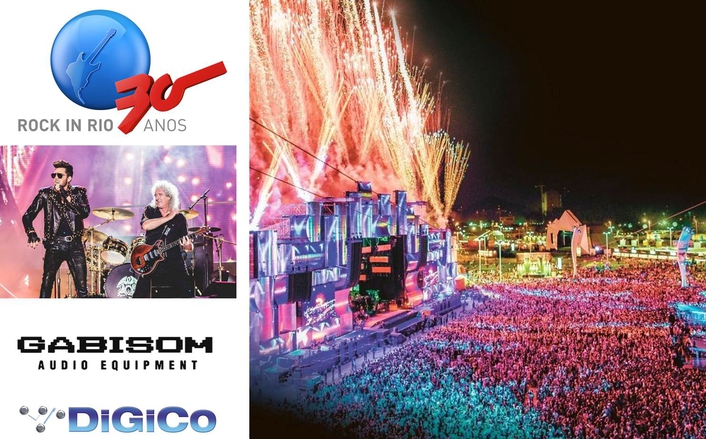 Since 1985, Rock in Rio has been one of the world’s most successful music festivals. In its spiritual and historic home of Rio de Janeiro, it continually sells out its 700,000 capacity. This year, with a heavyweight line up that included Queen + Adam Lambert, Rod Stewart, Elton John, Seal, Katie Perry, Rihanna, John Legend and Motley Crew, what better choice of master console than a DiGiCo SD7?

The entire audio system was supplied by Brazilian rental company Gabisom, which has provided audio for the last 13 editions of Rock in Rio, including those in Lisbon, Madrid and Las Vegas.

Sound Designer and FOH System Engineer for the World Stage at the Rio de Janeiro event was Gabisom’s Peter Racy.

“The world stage was loaded with a massive PA system, which comprised 126 line-array elements, as well as 50 flown subs and 32 ground subs,” says Peter. “There were several artists who opted to rent a DiGiCo SD7, including Rod Stewart, Seal and AH-A, while several others brought in their own.” 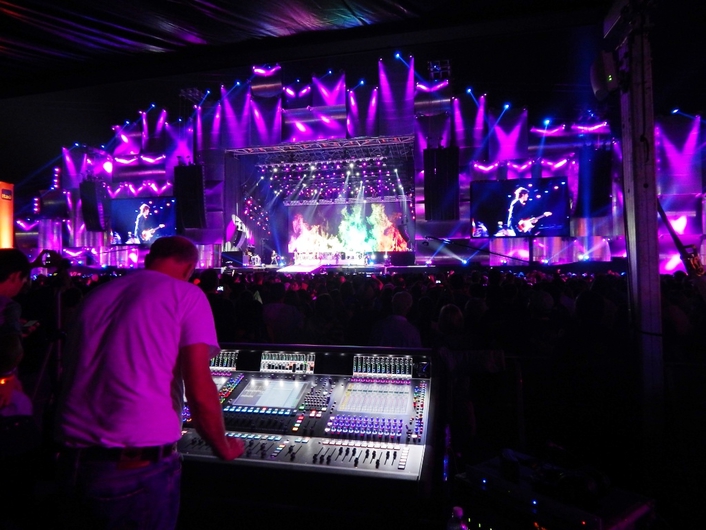 The System was set-up in an unusual manner, with each of the four main hangs consisting of three columns of flown cabinets: the innermost column, called Band, was dedicated to a full band mix (drums, bass, guitars etc.); the middle column was a flown sub array, normally linked to the inner column to work as a four-way system for the band mix; whilst the outermost column of each hang was dedicated to vocals, or any other element featured in the mix.

“The purpose of splitting the mix in this way was to allow maximum headroom for featured elements, while not having to compete with a full band mix for that headroom,” explains Peter. “This concept frees up headroom in the mixing desk's summing amps and the busses in the system processors, the power amplifiers and in the speaker components themselves. 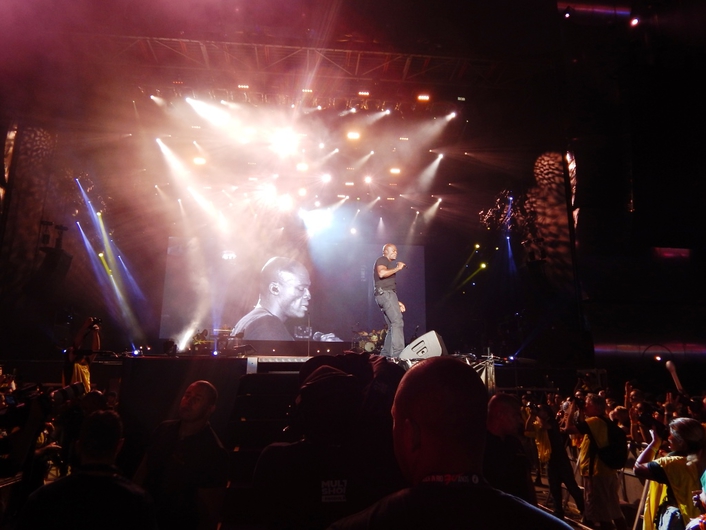 “The net result is a massive amount of power and high definition audio. Of course, many guest engineers are not prepared for this and prefer to run the system in either a conventional way, or in another of many possible configurations.”

In order to offer this flexibility, with a choice of several different ways to drive the numerous sub-systems, the routing can become quite complex. This is where the SD7 steps in as the master console to elegantly solve the equation.

“All the desks used for mixing bands, were fed into the SD7,” Peter continues. “Here, we were able to easily route each input (typically six inputs from each desk) to any of the sub-systems, add or subtract gain as requested and create a down mix of the band and vocal mixes to be fed to delays, front fills, press, broadcast etc. 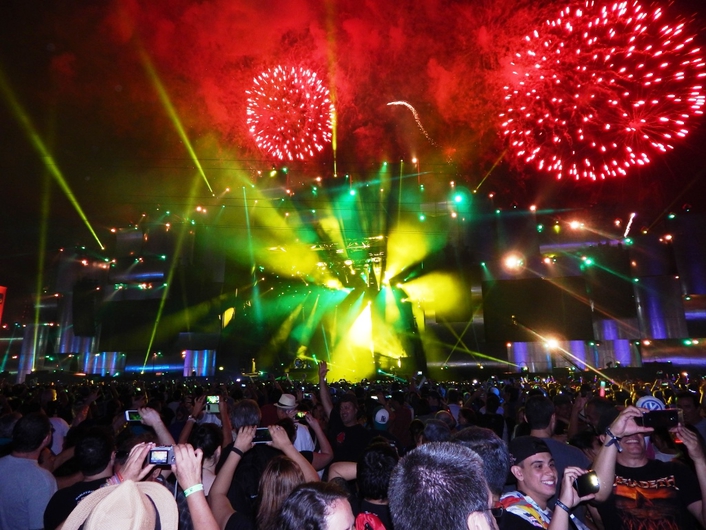 “Additionally, we had SD-Racks on either side of the stage connected to the SD7 master desk via an Optocore loop, which transmitted the digital drive lines directly to the power amplifier inputs, ensuring a clean and robust feed to the amplifiers. As a result, our operation became much more reliable, flexible and precise.”

Peter says there are many reasons for choosing the SD7 as the master console. High on that list was the fact that the SD7 is widely recognized as one of the highest quality systems available today.

“This means it wouldn’t cause discomfort for guest engineers having to sub into the system,” says Peter. “Both Eder Moura, my partner at FOH, and I were extremely happy with how smooth, clean and reliable the whole operation became. Comments from the guest engineers, press and the festival’s producers gave universal praise for the end result, which was a clean and powerful sound.” 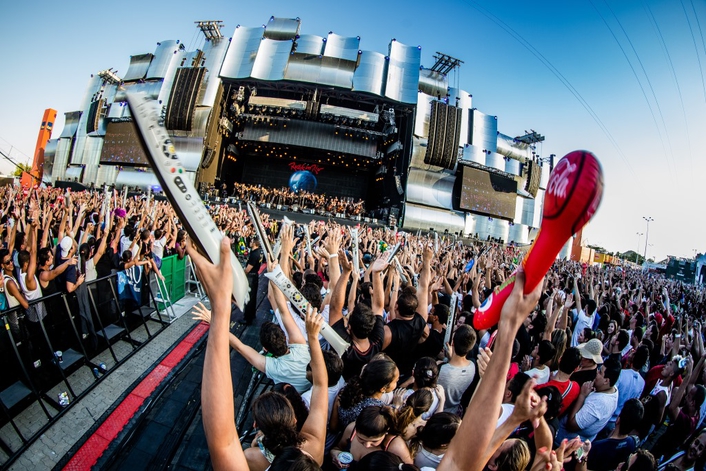 “I consistently choose the SD7 over any other console because I know exactly what I am getting and where I can go with the mix,” says Stephen Curtin, FOH engineer for Seal. “I suppose you can say that same thing about many of the consoles out there. The difference for me is the flexibility and ease in programming the SD7; it has everything I need to build a great mix with great imaging in the console itself. I do enjoy expanding a bit with the integrated Waves plug-ins, but they are not necessary to get the job done. That, I feel, is one of the biggest differences between the SD7 and the competitors. The SD7 has been a staple for my mixes and has yet to let me down.”