Hailed as one of the most in-demand touring entities currently on the road, “Aussie Floyd” has been out for over 120 shows this year alone with DiGiCo’s hard-working but easy-to-use SD Series consoles at both front of house and monitors

With over four million tickets sold to concerts that have taken place in 35 countries, The Australian Pink Floyd Show has amazed millions of concertgoers with an uncanny replication of the classic UK band’s legendary live show. Employing a lavish collection of visual aids (including lasers, inflatables and 3D stereoscopic projection), the group’s live shows recreate the look, feel and sound of Pink Floyd's later world tours.

For over 120 shows this year, the touring ensemble has had DiGiCo SD consoles on tour with it for the first time since it began touring in 1988. For the current North American run, Milwaukee-based Clearwing Productions has been supplying an SD5 for front of house and an SD10 at monitors. Both desks share an SD-Rack and are connected via an Optocore network, creating an efficient and robust DiGiCo audio ecosystem that crewmembers have been very, very pleased with. 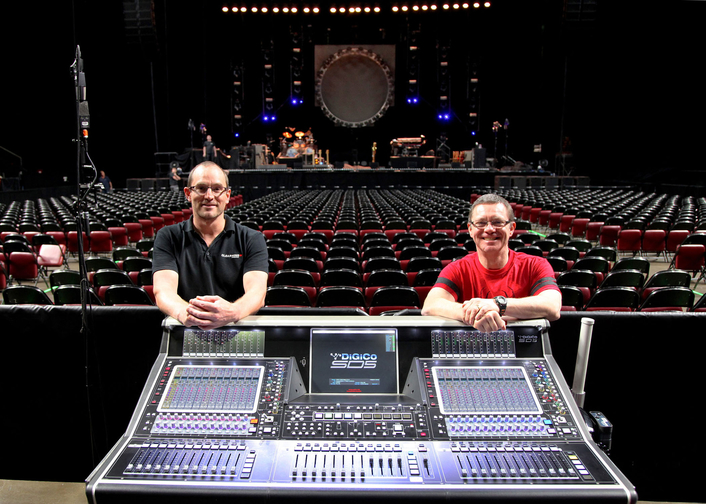 “With the consoles sharing the same SD-Rack on a network, it’s a very solid and seamless system,” observes Jeff Schauer, Clearwing’s system technician on the tour. “It makes for a very efficient system, too, since we only have to carry a single rack.”

Underscoring that efficiency even further, Schauer says that the SD-Rack is also being used to drive the PA system, porting the AES audio through the Optocore loop to the stage rack. “As a result, we don’t have to re-clock the AES signal from front of house when it hits the stage to be distributed to the mains,” he explains. “And when we’ve carried an opening act, we’d just add another stage rack into the loop and it’s seamless. It makes my life a lot easier. We would never have been able to do that before with another console.” 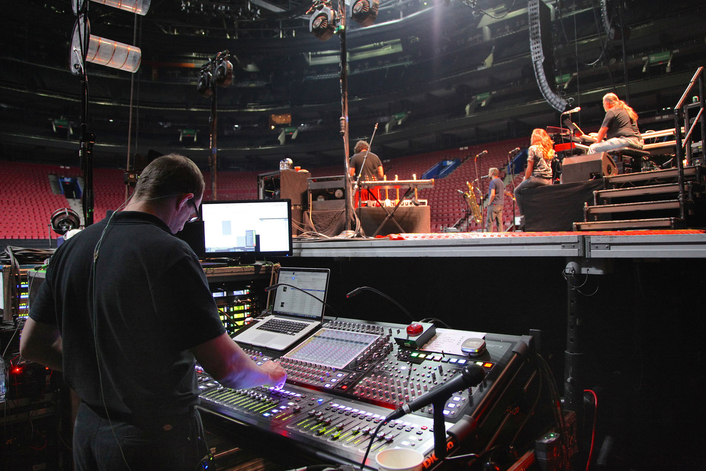 FOH engineer Trevor Gilligan paid the SD5 a classic British show-biz compliment when he described his experience with it as “absolutely fabulous!” He praised its compact form factor and outsized feature package, noting that all of the processing he needs throughout the entre show is available internally. Gilligan is using all of the SD-Rack’s 56 channels and says the snapshot automation allows him to easily manage a complex mix. “It’s especially handy for fader changes and mutes,” he says. “It’s just a real pleasure to use, and I’m looking forward to getting the Stealth Core 2 upgrade when we get back to the UK.”

Matt Coton adds that the SD10 is a great desk for managing monitors. The few spare I/Os he had during rehearsals—more than 250 shows ago—have long since been eaten up, but the SD10 still offers him plenty of headroom. “I’ve never had any stability issues, and the gain sharing at the rack gives us lots of headroom,” he says. “It’s a fantastic workhorse of a console.”

All 10 members of The Australian Pink Floyd Show are using IEMs along with a few stage wedges, and Coton says that all of them have expressed utter satisfaction with what the SD10 sends them. “The internal effects enable me to give the band members all their own reverbs; I don’t have to run any external effects,” he says. “We all get what we need and then some from the SDs.” 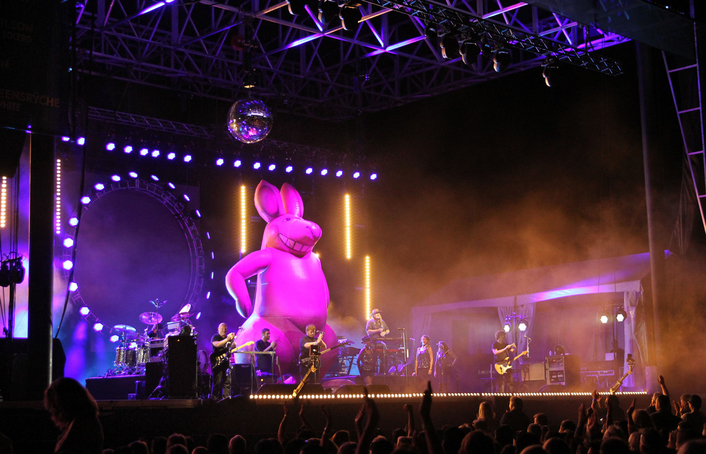