DiGiCo gets weird with Little Mix 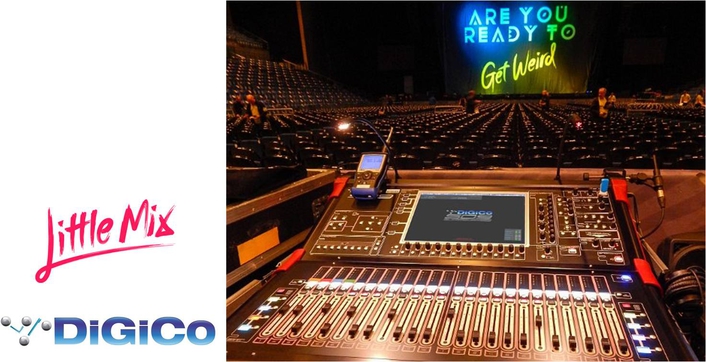 Former X Factor winners Little Mix are currently promoting their third album, Get Weird, with a major tour of Europe, Oceania and Asia. Playing largely arenas and summer festival dates, a pair of DiGiCo consoles are adding some Black Magic to the mix.

Kicking off at Cardiff’s Motorpoint Arena on 13th March, demand for tickets saw a number of shows added to the UK arena leg, which ran through to mid-April. In mid-May the tour moves to Australia and Asia, before returning to Europe for further headline and festival shows.

Monitor engineer Craig Pryde has used DiGiCo consoles since 2008 and has worked with Little Mix since they won the X Factor three years later. “The SD10 sounds great. It’s extremely flexible in its set up and having so many output busses available makes it really easy to provide all the extra mixes required for this kind of show, including understage cues, integration with show radios, the video team, etc,” he says. “Rehearsal time was extremely tight for this tour and the fact that the offline editor is exactly the same as the console meant the vast majority of work could be done before arriving at rehearsals.” 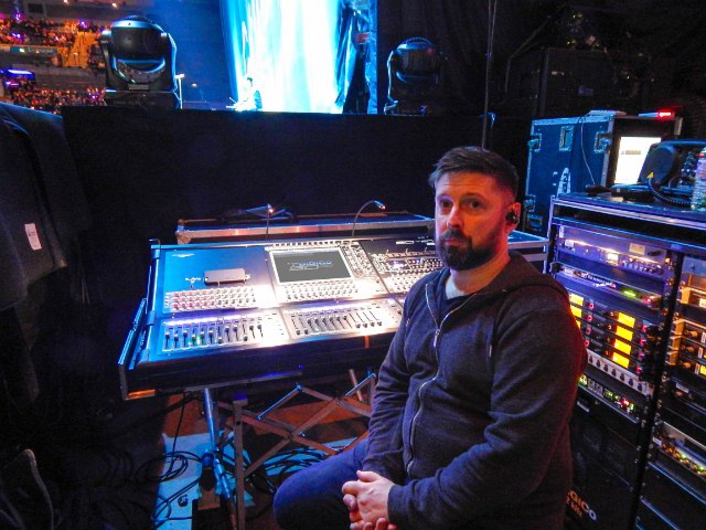 Front of House engineer Mark Littlewood first used DiGiCo in late 2013, mixing One Direction on an SD7. He’s been with Little Mix since December 2015. “As the tour is completely sold out, I knew FOH space would be at a premium,” he says. “I chose the SD9 because it sits perfectly on the drive rack and takes up a tiny footprint. The FOH PA tech actually takes up more room than the console! Having a full 24 faders on one layer also gives me access to everything I need quickly, with the other layer only a button push away.”

“SoundGrid had been rock solid in performance,” adds Mark. “I’ve been so impressed that I’ve bought my own system to use on my S21 console that will be used on the European and festival dates later in the year.”

As well as being happy with the hardware and software, both engineers are pleased with the support they have received from DiGiCo. “DiGiCo is a fantastic company to deal with, always available and willing to listen and help. It’s also great to see sales support manager Mark Saunders visiting productions, checking up with their products in a real environment,” says Craig.

“The SD9 has been rock solid and I had great service from DiGiCo when I purchased my S21 late last year,” concludes Mark. “As much as anything, I love the fact that I no longer have a bad back from lifting analogue boards and racks!”