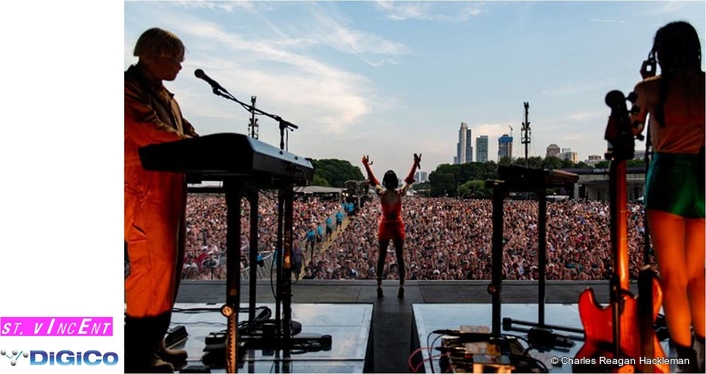 St. Vincent performing at this year’s Lollapalooza in Chicago

After a stint as a “solo theatrical show” on tour, St. Vincent roared back this year for a tour with a full band. This summer legs of the “Fear The Future” tour, in support of 2017’s MASSEDUCTION LP, saw St. Vincent (née Annie Clark) headlining the festival circuit, with stops at All Points East and End Of The Road, among other fests.

In tow were a pair of DiGiCo SD10 consoles for front of house and monitors, supplied by VER/PRG and operated by FOH Engineer Adam Jackson and Monitor Engineer Alex MacLeod. The desks were connected through an Optocore network, which also comprised a full DiGiCo SD-Rack at monitors, an SD-Mini Rack at FOH, and an Orange Box converter.

“The SD10s give us the workflow we need for this kind of show,” says MacLeod, who came on board the tour in March, as St. Vincent transitioned from solo shows using tracks to performances with the full band. “In the Optocore loop, we were able to share head amps and share control of the gain. We used the same network to communicate using the text-chat feature on the DiGiCo desks, as well as having a talkback for each member of the band. Everything was well connected on this tour.” 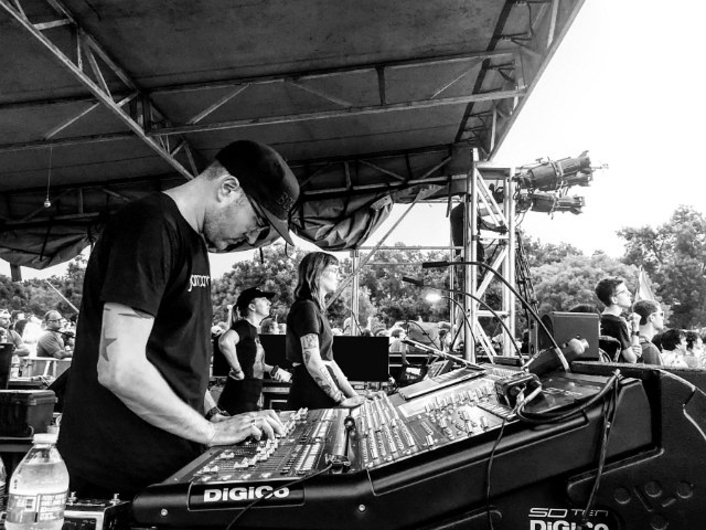 It had to be: MacLeod says that as creatively talented as Clark is, she is equally technically adroit. “Some artists sort of know what they want when it comes to the live sound and kind of how to get it; Annie knows exactly what she wants and she knows how to make it happen,” he says. “She really knows audio, and she won’t hesitate to call you out if it’s not right.”

Thus, Clark’s voice and guitars were the most active parts of the snapshot recalls for each song, he explains, with the three-piece band behind her—each on their own 8x8-foot riser onstage—kept at a consistent level throughout the show. MacLeod says he’s been using SD consoles since 2008 on a variety of touring artists, and knowing where everything is—because the SD’s flexible routing and layout let him put everything exactly where he wants it—allows him to concentrate on the mix and not the console management.

Before the show, he uses the SD10’s wireless remote app on an Apple iPad to go on stage and listen from each musician’s perspective, and to generate pink noise for system tuning (he’s doing his own system tech work on this tour). St. Vincent’s performances are intense, and he says he has to remain constantly engaged throughout the show. An Optocore-networked talkback between everyone helps, as does the somewhat restricted movement onstage due to the risers; finally, MacLeod has an infrared camera trained on Clark so he can see her movements even when the light show is at its peaks. (In fact, early on in the tour he worked with the production manager to move the monitor position to stage right from stage left so he could see her more clearly.) “That’s why the SD10 is so important,” he says. “You have to stay on top of this show every minute, and the SD10 has the features that let me do just that.”

FOH engineer Adam Jackson’s tenure with St. Vincent extends back to the earlier solo portion of the tour, which also utilized a pair of SD10 consoles, and where the use of the Orange Box originated. The solo Clark was sonically cosseted with 32 channels of 96kHz backing tracks that played from MOTU’s Digital Performer software on a MacBook Pro through the Orange Box as MADI stems, a role it continues to play with the band.

“I first got the idea to use it like that when I was working with Sia and Demi Lovato on tour,” he explains. “With Sia, we had as many as 56 tracks coming out of the Box right onto the Optocore loop through an Optocore card in the Orange Box and then to the console. Combined with the flexibility of the SD worksurface, you can make even pretty complex workflows very manageable.” 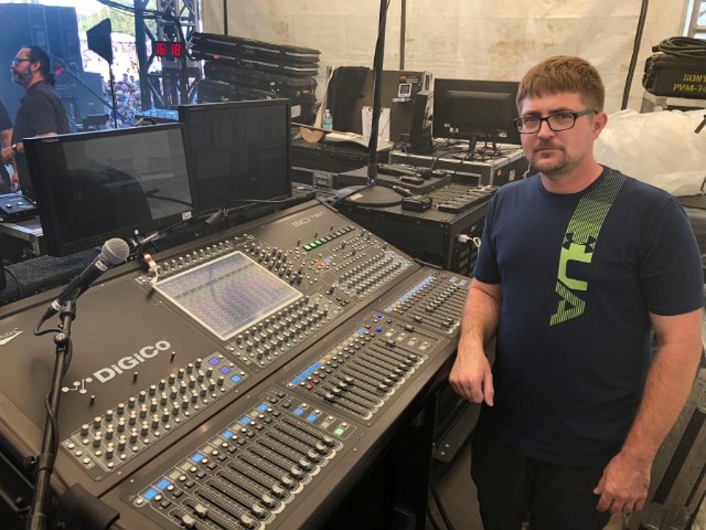 Jackson agrees with his colleague, MacLeod, that a St. Vincent gig can be an intense one at the console. But that intensity is mitigated by the SD10’s automation and flexibility. “Of all the things I like about the console—and I’ve been using an SD10 for five or six years now—it’s having that screen in the center that’s the best,” he says. “I never have to look this way or that over the console—everything I need is all right there in front of me. It really helps keep the focus on the show. And you don’t need any tricks to get the SD10 to sound the way you want it to. We use a Shure KSM8 on Annie’s vocals with just some Empirical Labs Distressor set at 4:1 with fast attack and release, the Empirical Labs Lil Freq, and a Bricasti vocal reverb. Everything else I need is onboard the SD10, so it’s a very simple, reliable and great-sounding signal chain.”

And like MacLeod, Jackson has witnessed Clark’s sharp ear in action. “On the few occasions we’ve had to hop onto to another console for a show, she’ll let you know that she knows we’re not on the DiGiCo,” he says. “It makes that much of a difference.”