Depeche Mode on Tour with beyerdynamic

British cult band Depeche Mode launched a world tour to celebrate its latest album, “Spirit”, in Stockholm on 5 May. In the first part of the tour, the band will be performing 34 shows in front of 1.5 million fans in 21 different European countries. The musicians will then continue their tour in North and South America.

In order to ensure that the unique Depeche Mode sound comes across as it should live in the various arenas throughout the world, sound engineer Antony King is placing his trust in a whole range of beyerdynamic products. “Unlike in the studio, where we have the optimum conditions for audio work, achieving a good live sound always involves successfully overcoming the challenges posed by the respective venue. And when it comes to dealing with such unavoidable circumstances, it’s great to be able to rely on technology that is designed to overcome any obstacle,” explains Antony King. 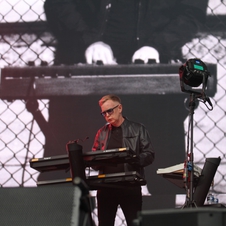 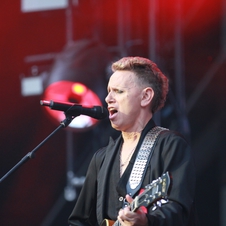 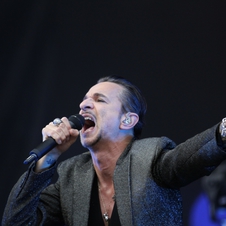 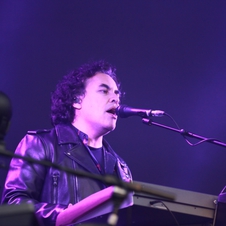 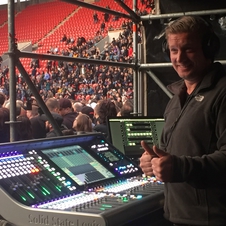 The experienced sound engineer uses beyerdynamic’s TG 1000 digital wireless system to ensure that he can handle any radio frequency interference anywhere in the world – as well as be able to deliver the best possible sound quality. A TG 1000 handheld transmitter with TG MM1w interchangeable capsule is used to test the sound system during the preparations at each venue. Depeche Mode frontman Dave Gahan and guitarist Martin Gore both use TG 1000 handheld transmitters with hypercardioid TG V70w interchangeable capsules for their vocal performances. The band’s long-serving live sideman, Peter Gordeno, on the other hand, uses a wired version, with the dynamic TG V70 live vocal microphone. 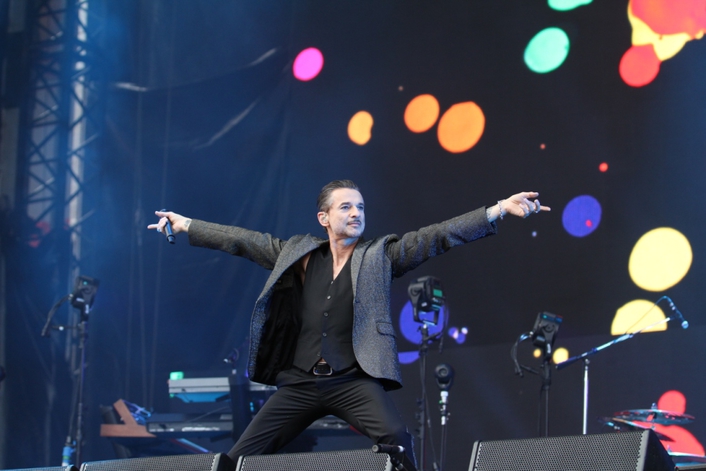 The toms are miked up with beyerdynamic TG D57, TG D58, M 201 TG, TG D50 and TG D70 microphones. The hi-hat is picked up by an MC 930 condenser microphone. Two MC 840 microphones and two M 160 double ribbon microphones serve as overheads. The robust and stable beyerdynamic GST 500 model was chosen for the microphone stands. 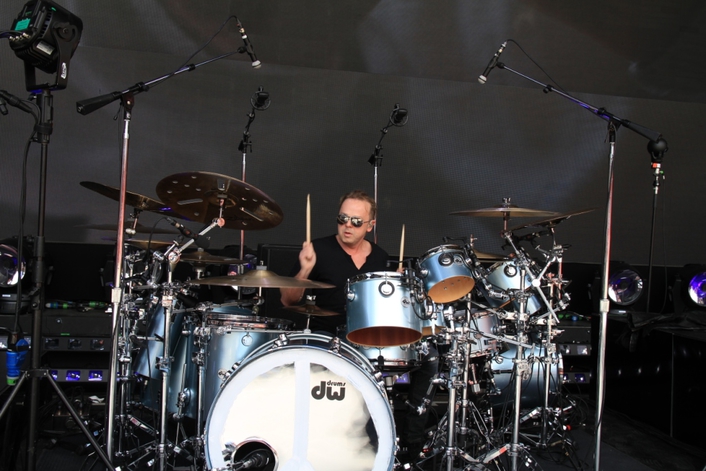 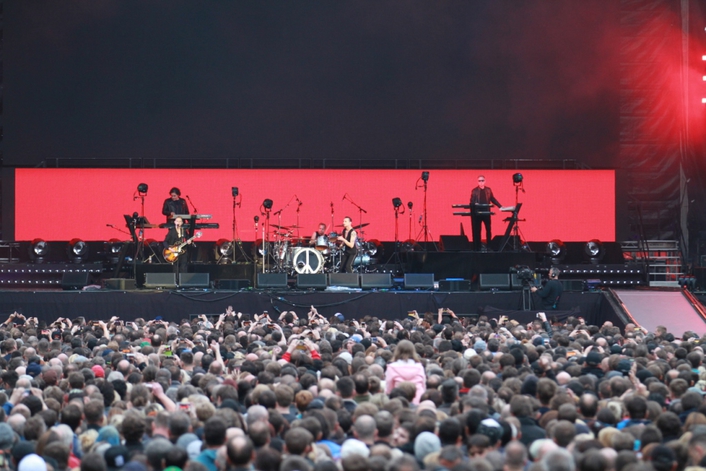 The “I am PRO” video series provides an insight into the fascinating, varied and creative world of professional audio products from beyerdynamic, and shows various artists at work. Now, the third video in the beyerdynamic series follows sound engineer Antony King. The video will be available for linking on the beyerdynamic YouTube channel soon.

Depeche Mode was founded in 1981, has sold over a hundred million records to date, and has performed in front of thirty million fans worldwide. Alongside major commercial success, over the past three and a half decades the band’s pioneering and style-influencing releases have earned them legendary status in the music industry. Generations of bands and musicians count Depeche Mode among their role models. The band’s 13th album, “Delta Machine”, reached the top ten in over twenty countries, including Britain and the USA. The associated tour saw over 2.5 million fans flock to stadiums and arenas worldwide. The current album, “Spirit”, is a follow-up to 2013’s “Delta Machine”, which went straight to the top of the charts in twelve countries. The press have described “Spirit” as the most exciting album to be released by Depeche Mode for years. 233,000 copies of “Spirit” were purchased worldwide in physical and digital form in the first week after it was released, and it has reached number 1 in the sales charts in ten countries.