dbn in the Warehouse again 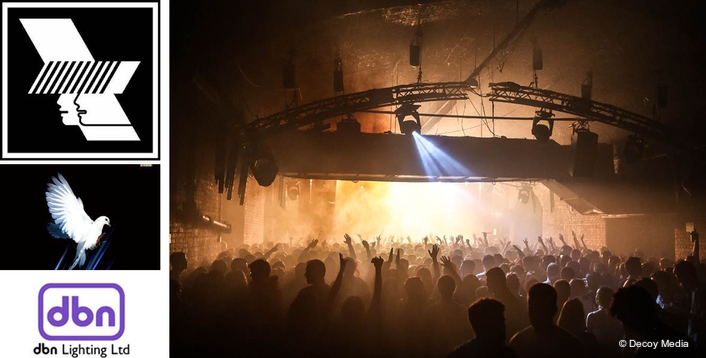 Manchester based dbn Lighting has returned to the Store Street car park beneath the arches at Piccadilly station for the current Warehouse Project season, with a brand new lighting and visual design for one of the coolest club experiences in the country!

The venue layout is essentially the same as previous seasons’, however the brief to dbn’s project manager Pete Robinson was to give it a new vibe with a fresh design.

The main room stage still has a video truss at the back, but forward of that, Pete transformed the look and feel of the stage space by installing a 10m diameter half circle of trussing (open ends downstage) which fits really snugly into the width. It's also raked to harmonize it with the curvature of the arch. This has replaced the previous year’s overhead trusses that were straight.

Further segments of curved trussing have been flown above the dancefloor. 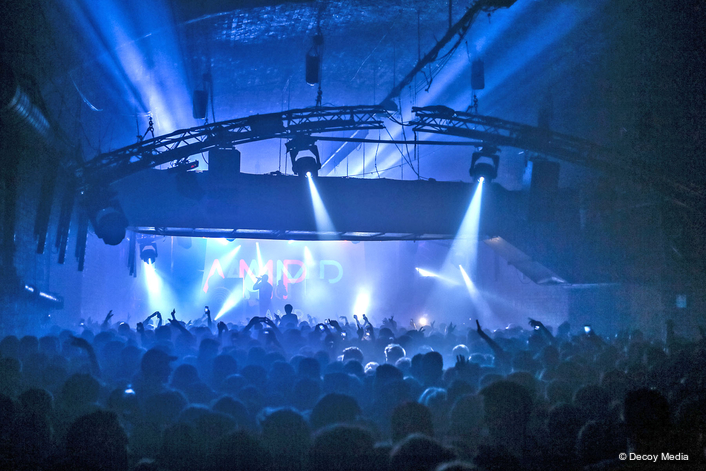 While the section over the stage is effectively six twelfths of a circle, over the dancefloor are another four sections (each two twelfths) - in two pairs - to cover the full area, and again following the same lines of the over-stage truss, so the defining shape of the arches is echoed down the room.

Another two similar sections of curved truss are rigged in the bar area mimicking the spherical ambience of the main room and bringing the two spaces together, along with the lighting in the bar which also mimics the dance floor to involve the whole room in the beat permeating the environment.

"It's quite an expedient space, so it's important for crowd-flow to get people utilizing all of it," explained Pete, adding that this is an area where they can assist the process with a bit of “intuitive lighting".

New for this year are 12 x Ayrton Magic Dots rigged on the overstage truss, which are a big hit with everyone who's looking at the visual impact … including the client!

Additional Sunstrips have been added down the sides of the dancefloor on scaff bars, to echo the previous design and six Beamnet-10r Pro laser array units in red were installed by Andy Thomson from AC Laser. 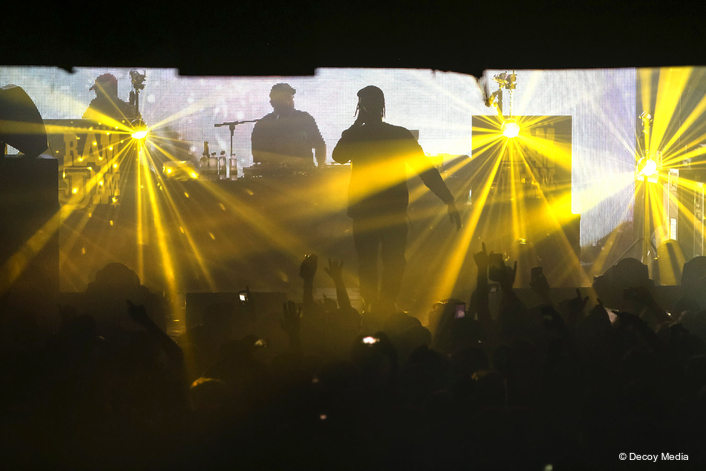 Lighting control is an Avo Pearl Expert which is being run for the season by Colm Whaley and Edwin Croft.

The screen in the main room is made up from 84 panels of dbn's proprietary Eastar 12mm LED configured as a single surface, with the bottom two rows detachable for fitting in front of the DJ riser. Content is supplied by a collective of VJs supplied through the venue, together with those brought in by visiting artists.

Behind the stage in Room 2 are three upright sections of trussing and rigged across these is an array of 18 Chauvet Nexus 4x4 panels, 9 X Sunstrips, four Atomic strobes, four CP Alpha Beam 300s and two more Beamnet-10r Pro laser units, this time in blue.

Two further curved trusses across the room provide lighting positions above the dancefloor and further back still from the stage are two smaller pieces of curved truss facing one another to extend the vibe into the bar area. The dancefloor is lit with 12 Martin MAC 250 Entours and three Atomics. There is an Avo Tiger Touch in control, operated by Anthony Owen. 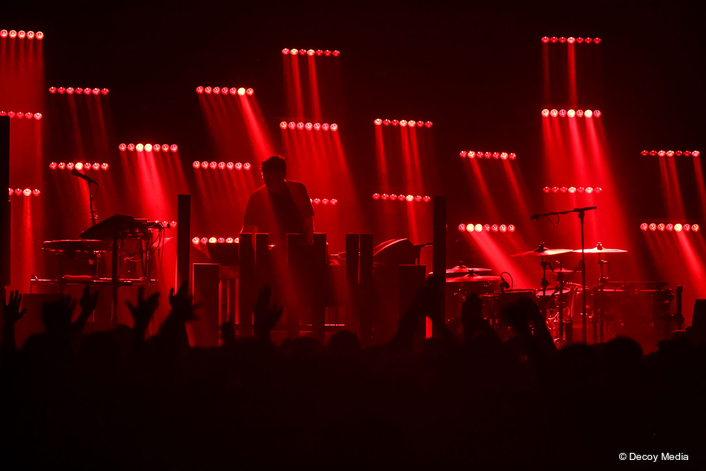 Scattered around the bar areas are literally hundreds of PAR 16 Birdies for bar lighting and LED PARs for general ambient illumination with four Altman Shakespeare ellipsoidals projecting the sponsor logos crisply around the venue.

dbn is also illuminating the VIP area with more birdies, LED PARs and some in-house 2m LED strips, and for Room 3, a sponsored area, dbn have supplied LED PARs and a matrix of thirty decorative filament bulb lights in custom housings, laid out and wired so they can be individually mapped via Anthony’s desk. This lighting feature works highly effectively in the smaller area, with the cabling imbibing it with a spider’s web effect.

Ramping up the atmospherics across the venue are four DF50 hazers and four ZR44 Smoke Machines.

Warehouse Project is operational two or three days each weekend from the start of the university term to New Year's Day. 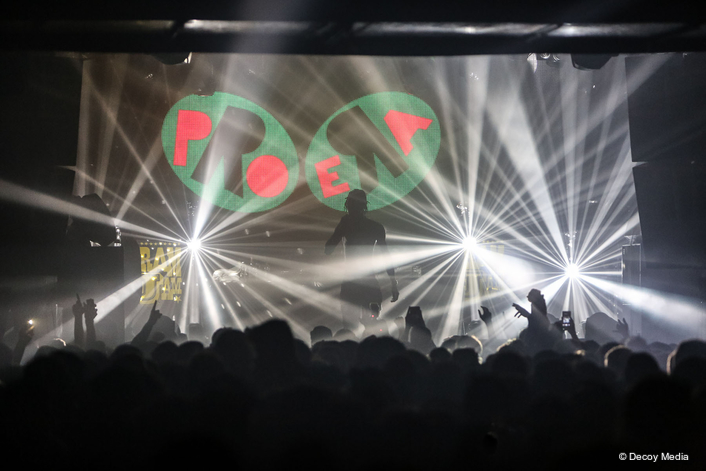 For dbn all the kit stays in and rigged throughout the week, apart from the control and some drapes used for creating dressing rooms and backstage areas. The same production team has worked together on the main WHP season for some years, so running the weekly production activities to create a nightclub from a car park, with get-ins and outs, etc. is now honed to a fine art.

“It’s a great privilege to have been involved with such an iconic northern brand over its ten year life,” concluded Pete Robinson.