When your client has been one of the creative forces behind the reference music used to tune literally thousands of concert PA systems across the known universe, you had better bring your “A-Game”—and your best gear. That is exactly what Clearwing Productions did when they got the call to provide sound reinforcement for David Gilmour’s Rattle That Lock North American tour by specifying a full L-Acoustics K1/K2 rig complemented by the company’s brand new KS28 subwoofers. 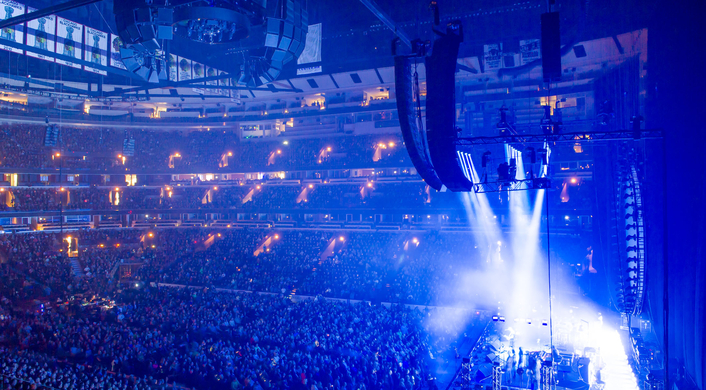 “KS28 is a marked improvement on the SB28, and I was not at all unhappy with the SB28,” reports Gregg Brunclik, president and CEO of Milwaukee, WI-based Clearwing.

This tour represented the official US debut of the KS28, which was introduced only a month ago at Prolight+Sound in Frankfurt and deployed by Clearwing on a North American pilot program for the product.

With its extended frequency response (down to 25 Hz), reduced weight (174 lbs) and three decibels greater output than its predecessor, the KS28 easily handles everything from classical to EDM. With all rigging integrated into the box, the new sub is an ideal and cost-effective option for touring. 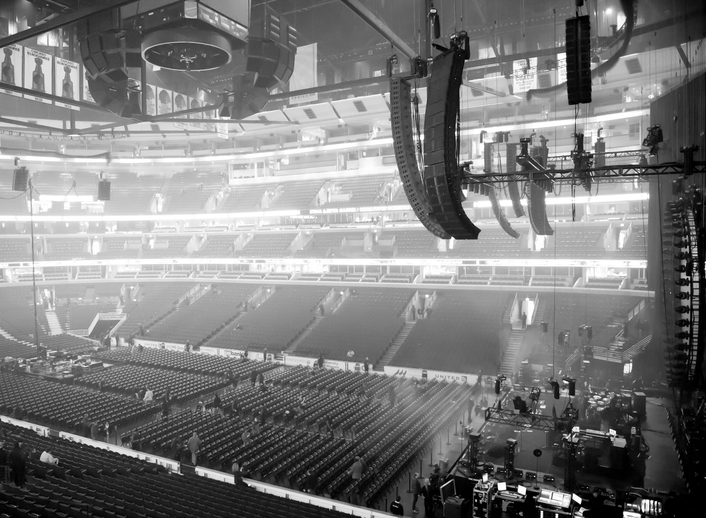 Gilmour is best known for the decades he spent with classic rock pioneers Pink Floyd, and his searing guitar work on tracks like “Money” and “Comfortably Numb” have been named as among the best in the history of rock music. Colin Norfield is the engineer tasked with bringing that sound to audiences around the world and he was also impressed with the KS28.

“They are half-again as loud and 30 pounds lighter,” Norfield shares. “They have a tighter, deeper and richer sound, which helped to enhance David’s show. The KS28 is great all-round and I’m looking forward to using them again on the next leg of the tour,” he says, also adding his personal gratitude to the Clearwing crew for their help in “making the Rattle That Lock tour the success it was.” 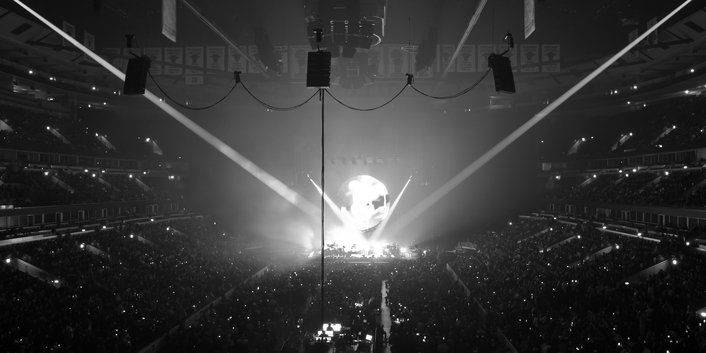 The KS28 is exclusively powered by the LA12X, a new amplified controller with 12,000 watts of power with a four-in/four-out architecture that offers up to 3,300 watts per channel with record hold times. Capable of operating with any supplied power between 100 and 240 volts the LA12X is, again, ideal for touring. And the inclusion of the open-standard AVB protocol for input of digital signals—instead of relying solely on any proprietary format—makes the LA12X future-proof

Brunclik called out the LA12X as a big part of the success of the KS28 on the Gilmour tour. “It takes a sharper tack to deploy systems today than it ever did back in the day when we pointed speakers at the audience and that was pretty much the limit of the science behind it. What L-Acoustics has done with the DSP is voodoo we are not privy to, but it works. It rounds out the bottom end of the system really nicely and the LA12X certainly has something to do with it. It’s 50 percent more amplifier than before.” 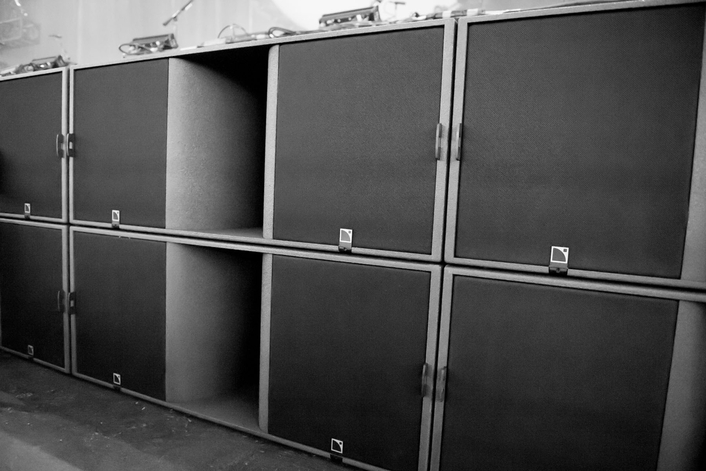 In describing the overall sound of the system, Brunclik used two words that are too-often mutually exclusive when it comes to subwoofers. “In addition to being 3 dB louder, the KS28 is both more musical and more concussive than the SB28,” he says. “And the combination of the new sub with the already established K1 and K2 boxes in the hands of a truly great engineer like Colin is an immensely powerful tool.

“He did an awesome job mixing this, by the way. The sound of this tour was nothing less than stellar. It’s been quite some time since I stood in front of a rig grinning like a schoolboy.”

The full system complement for the 11-date, four-city tour (Los Angeles, Toronto, Chicago and New York) included left and right main PA hangs of 14 K1 over four K2 per side, each backed by an array of 12 K1-SB subs. Outfill arrays were comprised of 10 K1 over eight K2 per side, with left and right extreme outfill arrays each made up of 12 Kara. Two dozen KS28 subs ground-stacked double high across the face of the stage and driven by six LA12X amplified controllers (in two new LA-RAK II racks) generously filled out the show’s low end, while an LCR delay system of three hangs of six K2 covered the farthest seats in the largest venues. Aside from the KS28 subs, the full system was powered and processed by 58 LA8 housed in 18 LA-RAK touring racks.

With Gilmour’s entourage soon heading to Europe and the UK, international sound reinforcement duties will switch back over to Britannia Row Productions, who supplied the mixing consoles and monitors for the North American leg. Like Clearwing, Brit Row will be carrying the new KS28 subs in addition to the rest of the full K1/K2 package overseas.

* According to the Pollstar 2015 Worldwide Festival grosses