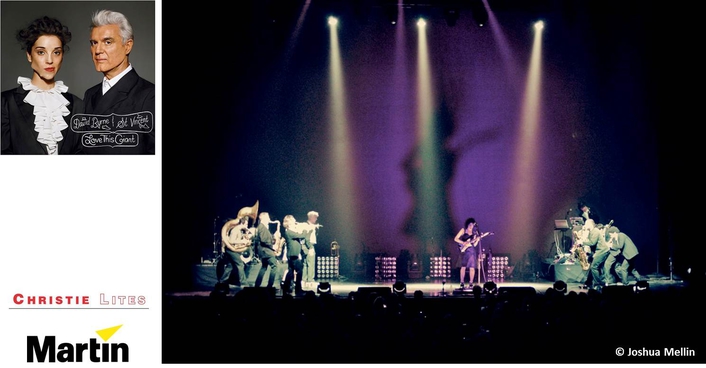 “I had heard about the Auras from other designers and programmers and speced them sight unseen,” Susanne says, who uses them as floor fixtures set along the downstage edge of the stage as footlights, audience blinders, and to cast shadows of the performers on an upstage scrim and backdrop. “With a scant six fixtures the wide zoom creates a beautiful even field of color that fills the stage and covers all of the performers.” 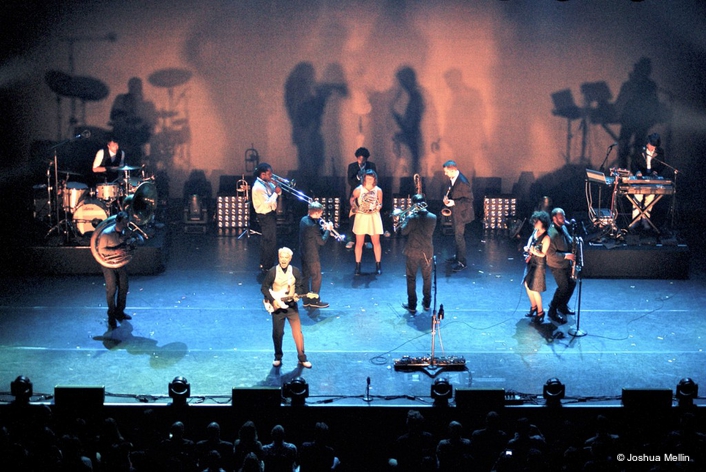 The Aura’s ability to project authentic warm and cool shades of white is a feature Susanne found quite useful. She comments, “The white color mixing was important as David Byrne loves white light and prefers a higher temp tungsten color that is not readily available from other LED fixtures. The white color mixing is miles ahead of any of other LED fixture I have used and the range of the zoom is incredible.” 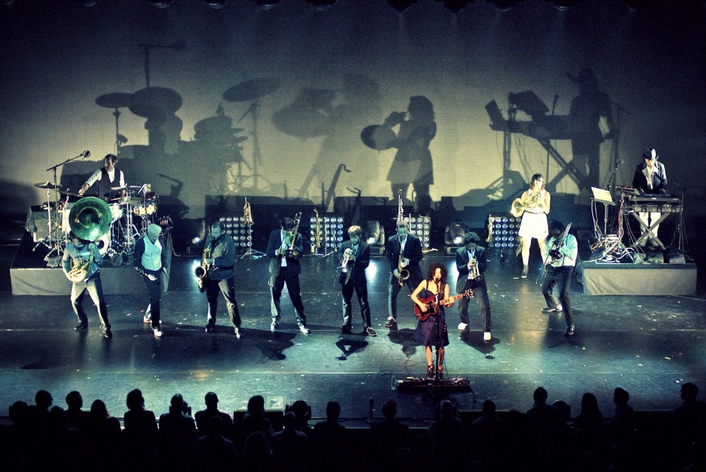 The “Love This Giant” tour features an eight piece horn section and elaborate choreography.  On the road in support of the recent album release of the same name, a collaboration between the Talking Heads frontman and Annie Clark (St. Vincent), the tour kicked off on September 15th in Minneapolis and hits theaters across North America through October 20th.

Christie Lites of Vancouver is lighting vendor for the tour with Jaime Carlson of Christie serving as Crew Chief. Production Manager is Chris Fussell and Stage Manager is Ryan Kell.