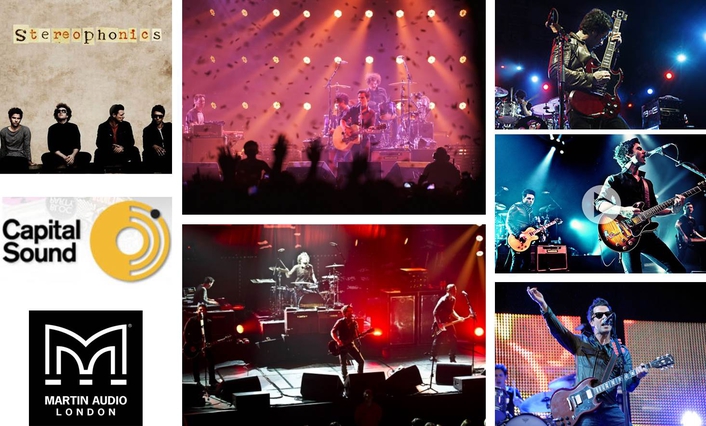 .
Although starting out more than 20 years ago in the Welsh village of Cwmaman, it wasn't until 1996 that Stereophonics secured management, a record deal (with V2) and embarked on a world tour in support of their first album Word Gets Around.

Enter front of house sound engineer Dave Roden, sound rental company, Capital Sound Hire and Martin Audio. That three-way relationship with the band has remained intact from day one. Seventeen years on, Kelly Jones and Co. have just completed another successful arena tour to give some exposure to the recent album, Graffiti On The Train, as well as old back catalogue favourites like Dakota. 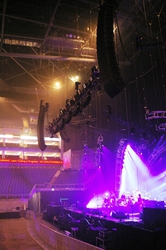 Roden retains a fierce loyalty towards Capital Sound and has never been let down by their recommendations. “I started with the old [Martin Audio] F2,” he remembers fondly, “and then moved on to Wavefront technology, the W8L Longbow and LC line arrays — and now I’m using MLA.” This tour also boasted a number of Stereos crew veterans — none more so than Harm Schopman, Dave Roden’s previous system tech, who this time around took on the role of crew chief, leaving Toby Donovan to fill the breach.

“I’ve worked with all the major systems but trusted Cap’s MLA suggestion instinctively,” said the sound engineer. “All the conversations were encouraging and although other systems were available, I sensed that the multiple benefits this product was potentially offering were very exciting — and as soon as I heard it I knew I had made the correct decision. Following a very successful tour, that's now been unquestionably proven.”

Another who backed the decision from the outset was band manager Dan Garnett. “He was also very enthusiastic about the improvements that MLA could bring to the audio and so the deal was done,” reports Roden.

However, with production rehearsals looming, he took the precaution of assessing MLA first hand, when the Killers played the Cardiff Motorpoint — and was impressed with what he heard. Toby Donovan also partly had that Killers tour to thank — for he was able to borrow the MLA O2 room predictions taken by their system tech at the time, Mark Edwards. “Although I did a complete remeasure I found he was spot on and I used that for creating my 2D vertical slice.”

Dave Roden knows the value of having experienced wingmen like Harm and Toby alongside. “The three of us have worked together successfully many times before and it's very much a team approach, leaving me to just make any slight adjustments I think are necessary for that particular venue. I owe the consistently high standards we achieved on this tour mostly to them.”

For the closing night of the tour at O2 Arena, the scalable MLA system was rigged 16 x MLA and 2 x MLD Downfills per side for the main hangs and 13 MLA and I x MLD for outfills. Subs comprised 14 MLX in a broadside castellated sub array, while a further 12 x W8LM Mini Line Arrays, arranged in six stacks, provided infills.

As for monitors, Adam Zindani and Richard Jones used a pair of Martin Audio’s classic LE700, while Kelly Jones relied on two pairs of LE700 — one pair in front and one pair behind. The side-fills consist of a Martin Audio 218 and W8C per side (while a separate 218 was deployed as Jamie Morrison’s drum sub.

But the real differentiator for the ‘stereosonics’ team was the sub array — with those 14 MLX subs in landscape formation (nine at the bottom, five reverse facing on the top). “Because it’s a cardioid pattern, this really helps the rear rejection,” notes Harm. 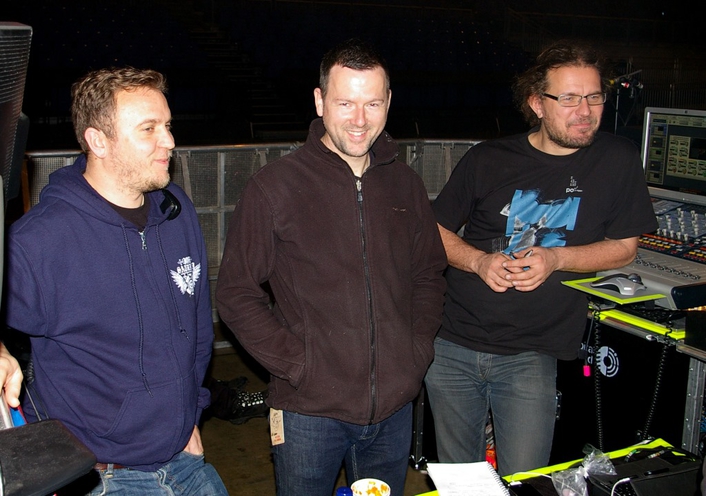 The fact that Toby Donovan doesn't have to undertake manual zoning or climb up the back of the room with measurement mics do much to reduce the time required to optimise the system. “This system improves upon the limitations of the typical zoned approach to line array optimization and avoids the use of presets. Instead it relies on accurate predictive modelling,” he confirms.

For Dave Roden, the deployment of MLA meant a remarkable consistency in room coverage and pattern control. But his real epiphany took place at Leeds’ First Direct Arena. “Nothing has been as impressive as I heard that night at Leeds, where due to the architecture and other installed obstacles, it would be extremely challenging to focus the long throw section of a conventional system at the top of the highest tier because you need so much up-tilt. But with MLA’s facility to electronically extend the vertical coverage, we were able to hit every seat in the house to an astonishing degree.”

And as for the sub array, Dave Roden shares his system tech’s view that it sounds “amazing”. He explains, “I like to mix from the centre and with the castellated cardioid array I know I can walk anywhere and it will sound identical to my mix position. It’s also helped enormously with keeping the low end on stage controlled, which for this band is a must. They’ve been particularly happy with the results we’ve achieved on this tour.” 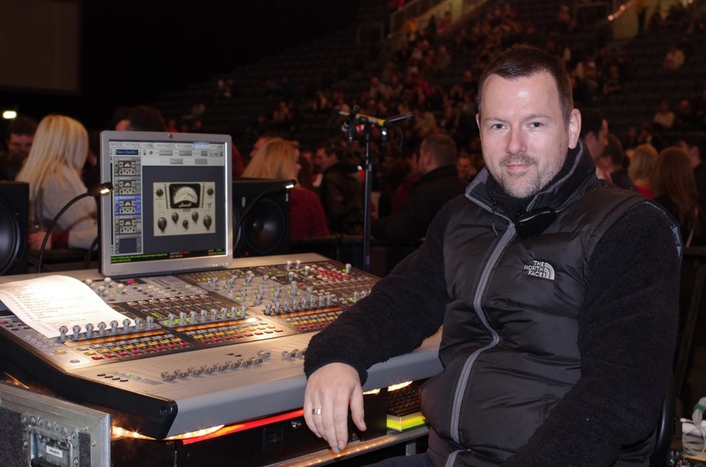 Mixing on an Avid Profile (with a fairly flat EQ) the average Leq at FOH was generally around 100-101dBA. “The variation was -3dB at the furthest audience points,” he noted.

Summing up MLA, he concludes, “This system is the best thing I have heard, it’s as simple as that. I have used all the other systems — and all of them can sound brilliant too  — but it’s the extra facilities that the others don't have that makes this what it is.

“The difference between MLA and a conventional line array is that this will cover every seat in the house with no delays and absolute phase coherence. Perfect.”

Founded by audio engineer David Martin in 1971, Martin Audio pioneered the use of all-horn-loaded bass designs in world-class touring loudspeaker systems for groups such as Pink Floyd, ELP and Supertramp. Located outside of London, Martin Audio now embodies a sophisticated mix of acoustic design, research, mathematical modelling and software engineering for a wide range of products in the installation, cinema and touring sound markets.